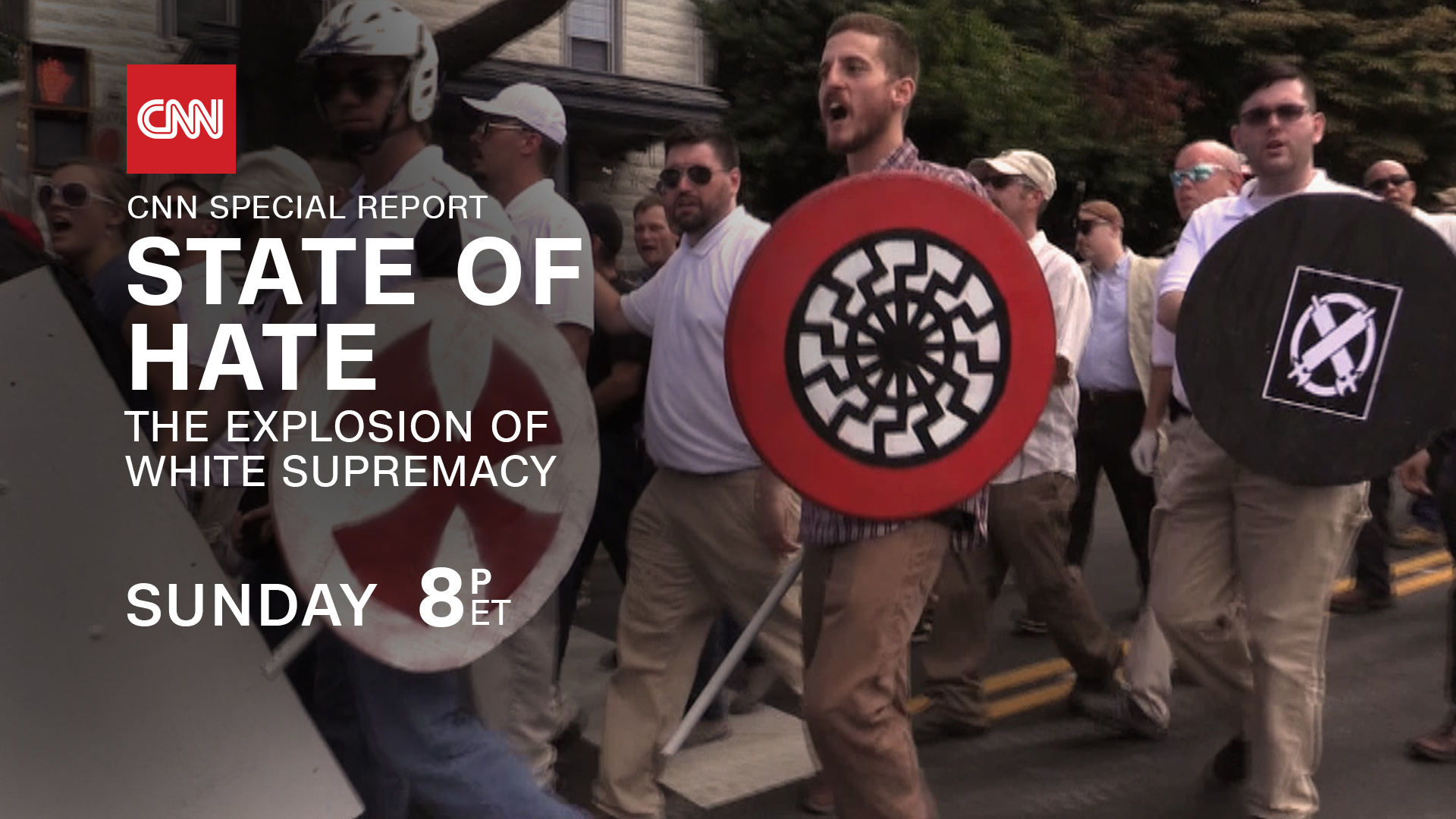 CNN’s Fareed Zakaria on the Explosion in White Supremacy – What it Means and its Roots – Sunday, June 30

CNN’s Fareed Zakaria, host of CNN’s flagship global affairs program, Fareed Zakaria GPS, feels it’s time Americans understand the modern explosion in white supremacy, why the ideology is growing in the U.S. and abroad, who the leaders are, and what they want.  Zakaria’s STATE OF HATE: The Explosion of White Supremacy will premiere Sunday, June 30 at 8:00pm ET on CNN  and CNN International.

Harvard University Law professor and author, Randall Kennedy, PhD, For Discrimination: Race, Affirmative Action, and the Law (2015), Columbia University professor and Pulitzer prize-winning author, Eric Foner, PhD, The Second Founding: How the Civil War and Reconstruction Remade the Constitution (2019), and others describe the vast and global nature of the history of racism.  White supremacist ideology, the ‘original sin’ of America’s founders, was and remains a global scourge used to justify power, prejudice, and discrimination for generations, and has led to codified benefits accrued to ‘whiteness,’ even the rationalization of slavery.

Jared Taylor, known widely as ‘the godfather of the Alt-Right,’ tells Zakaria why he and others like him believe that immigration has created a diverse America they do not want.  In the 2000s, the U.S. Census projected a minority majority America by mid-century, one in which white Americans comprise a minority of the population.  The University of Chicago’s Kathleen Belew, PhD (Bring the War Home: The White Power Movement and Paramilitary America, 2019), points out to Zakaria that changing demographics have stirred the current state of hate.

During the hour, Zakaria and Pulitzer prize-winning historian and columnist Anne Applebaum (The Washington Post) examine the global influences that have inspired white nationalism in the U.S. and how U.S. white supremacy has influenced similar movements abroad.  The ideology that espouses ‘the evils of multiculturalism’ also too often leads to violent acts, says Heidi Beirich, of the Southern Poverty Law Center’s Intelligence Project, such as the deadly 2017 “Unite the Right” in Charlottesville, VA.

During the June 30 premiere on CNN, STATE OF HATE: The Explosion of White Supremacy will stream live for subscribers via CNNgo (www.CNN.com/go and via CNNgo apps for AppleTV, Roku, Amazon Fire, Chromecast, Samsung Smart TV, and Android TV) and on the CNN mobile apps for iOS and Android.  The film will be available beginning Monday, July 01, on demand via cable/satellite systems, CNNgo platforms, and CNN mobile apps.  Watch live CNN TV on any device, anywhere.