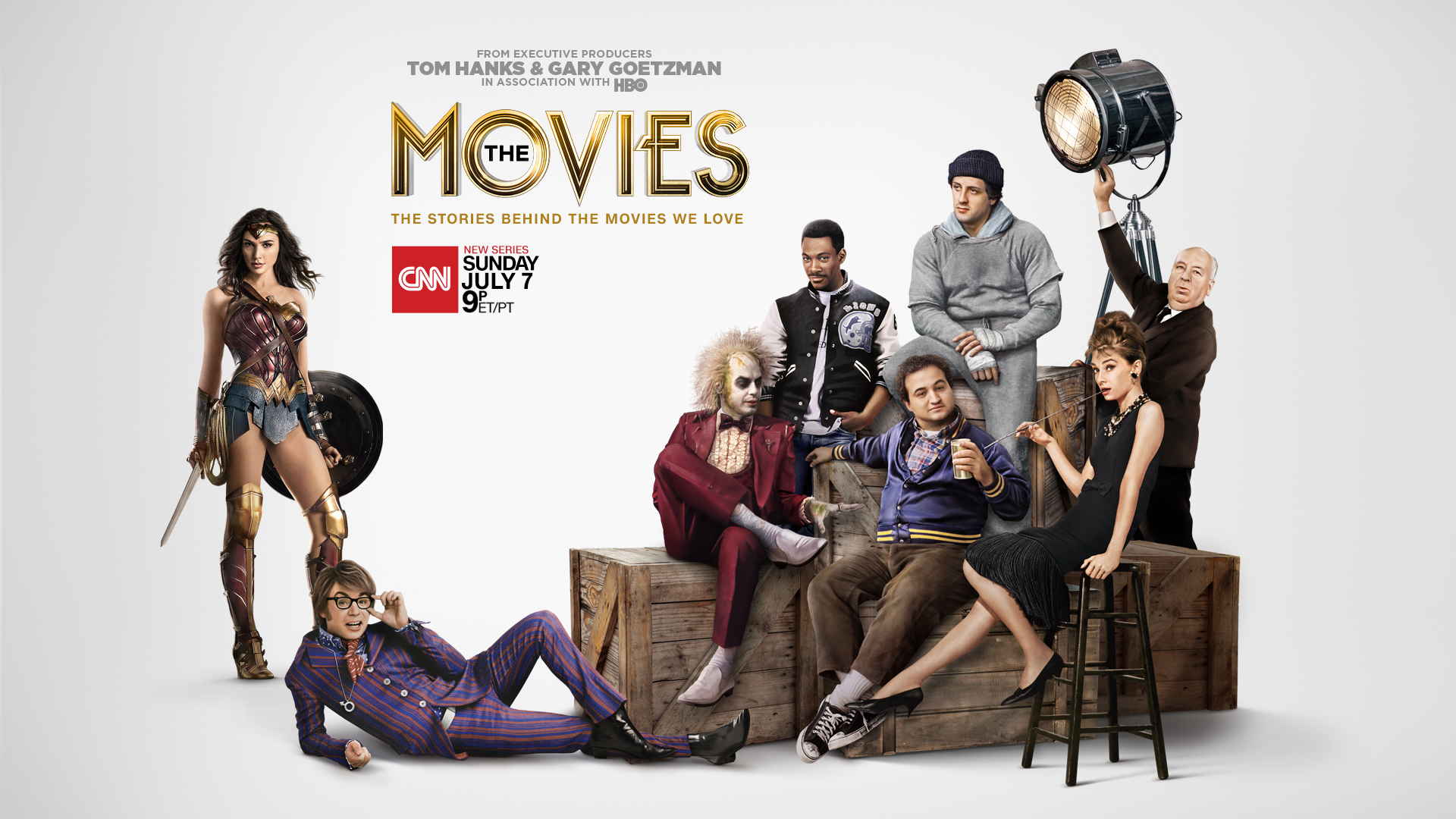 CNN Takes Viewers to “The Movies” on Sunday, July 7

NEW YORK – June 10, 2019 – Emmy Award-winning executive producers Tom Hanks, Gary Goetzman and Mark Herzog bring The Movies to CNN on Sunday, July 7, at 9 p.m. ET/PT. The new six-part CNN Original Series explores American cinema through the decades and the cultural, societal and political shifts that framed its evolution. Combining archival footage and interviews with leading actors, directors, producers, critics and historians, the series showcases the most pivotal moments in film that have stirred the imagination and influenced our culture.

The Movies, which follows in the footsteps of CNN’s popular Decades series, kicks off with a two-hour episode highlighting the groundbreaking films of the 80s including The Empire Strikes Back, E.T., The Breakfast Club, Back to the Future, Coming to America, When Harry Met Sally and Do The Right Thing.

Following are airdates and episode descriptions for The Movies (all times are Sunday, 9-11 p.m. ET/PT) –

CNN is producing a six-part companion podcast to The Movies where entertainment experts Lisa France, Sandra Gonzalez and Kristen Meinzer discuss the groundbreaking films of each decade and talk to some of today’s biggest movie stars. The podcast will launch Monday, July 8 on Apple Podcasts, Stitcher, Google Podcasts, Spotify and other podcast platforms, with new episodes available weekly.

To celebrate The Movies launch, CNN Original Series is creating a pop-up video store at Hudson Yards in New York City, which will be free and open to the public on Sunday, July 7. The experience will include branded giveaways, concessions, photo ops, games and entertainment.

The Movies will stream live for subscribers on Sunday, July 7 via CNNgo (at CNN.com/go and via CNNgo apps for Apple TV, Roku, Amazon Fire, Samsung Smart TV and Android TV) and on the CNN mobile apps for iOS and Android. The series will also be available the day after the broadcast premiere on demand via cable/satellite systems, CNNgo platforms and CNN mobile apps. In addition, viewers will get to watch a sneak peek of The Movies following the 9 p.m. ET/PT premiere of the CNN Film, Apollo 11, on June 23.