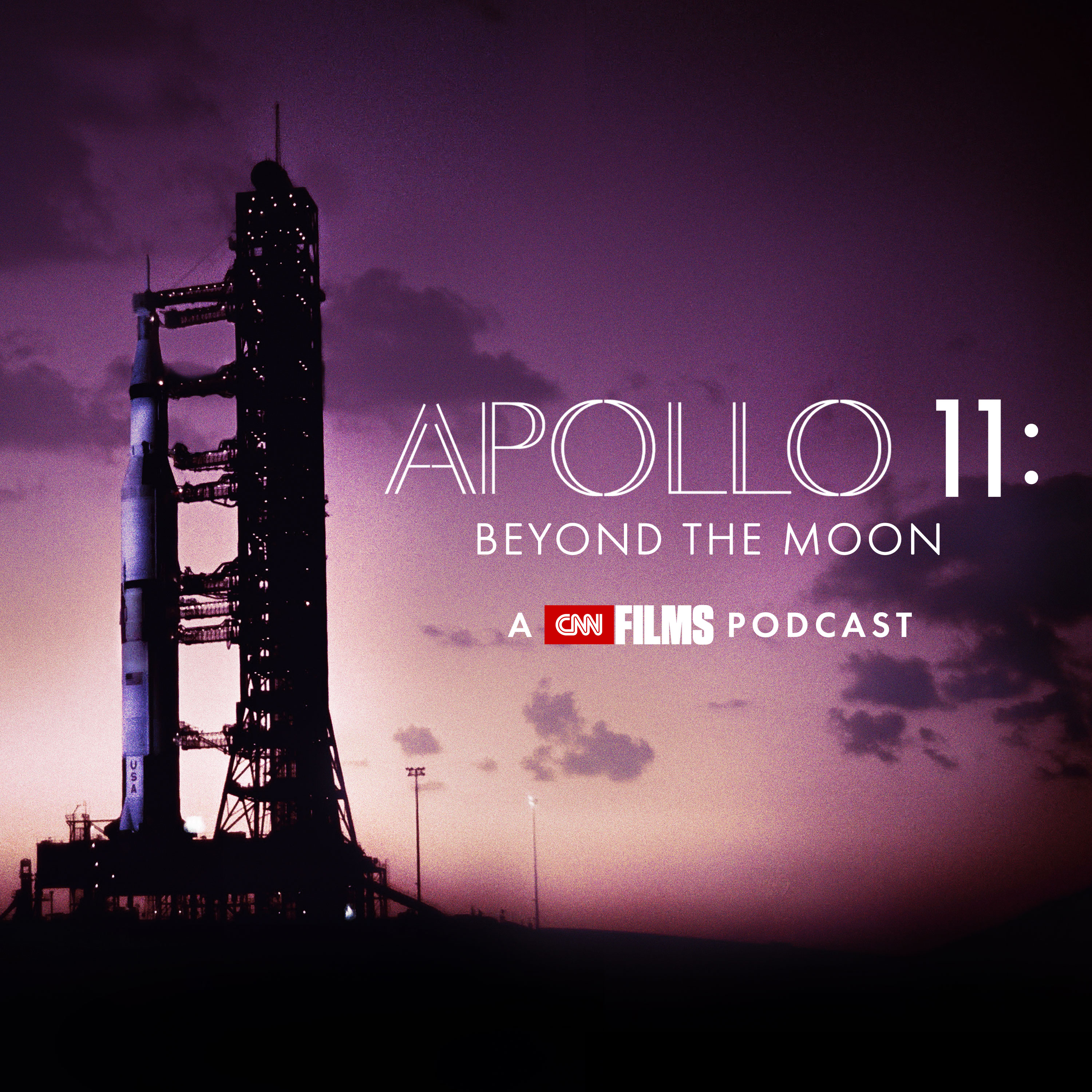 CNN Films Launches ‘APOLLO 11: Beyond the Moon’ Podcast, Screens ‘APOLLO 11’ at the Intrepid Museum in Advance of June 23 Broadcast Premiere

CNN Films announced today that it will launch a five-part companion podcast, ‘APOLLO 11: Beyond the Moon’ to its broadcast of ‘APOLLO 11,’ the documentary feature directed by Todd Douglas Miller.

The new podcast series is hosted by CNN chief media correspondent and anchor of Reliable Sources, Brian Stelter.  Across five episodes, ‘APOLLO 11: Beyond the Moon’ will add to the viewing experience through expositions of the challenges of the original lunar mission, first-hand accounts described by one of the astronauts, explorations of the historic context of the mission, and discussions of the future of space travel.  The podcast will be available at CNN.com/Podcasts, Apple, iHeart, Stitcher, Spotify, and wherever podcasts are distributed.  Highlights of the episodes are:

CNN anchor Brian Stelter and ‘APOLLO 11’ and ‘Apollo 11: First Steps Edition’ director Todd Douglas Miller discusses his filmmaking process and why this film will benefit the understanding of the mission for future generations.  Space historians and film consultants Robert Pearlman and Stephen Slater give insights into the mission and the special effects of the film.

Stelter interviews Launch Control Center Firing Room controller JoAnn Morgan about her pioneering role with the Apollo 11 mission; author Margot Lee Shetterly (Hidden Figures, 2016) discusses the role of women of color at NASA and the meaning of their achievements.

Stelter, CNN innovation and space reporter Rachel Crane, and historian Douglas Brinkley (American Moonshot: John F. Kennedy and the Great Space Race, 2019) discuss the history and impact of the global media coverage of the Apollo 11 mission.  Science writer Elizabeth Svoboda and Stelter discuss the birth of conspiracy theories following the lunar landing, and how they have been sustained ever since.

In advance of CNN’s broadcast premiere on Sunday, June 23, ‘APOLLO 11’ (TRT ~93 min) will screen for free for the public on the flight deck of the Intrepid Sea, Air & Space Museum in New York on Friday, June 21; Miller will introduce the film with remarks at this event.  For more information about this special screening, please visit: www.intrepidmuseum.org/movie-series.

The podcast and special screening of ‘APOLLO 11’ also precede the CNN Films broadcast encores on Saturday, June 29 and Saturday, July 20 at 9:00pm Eastern.  In addition, Milan Records will release composer Matt Morton’s score as ‘APOLLO 11,’ via CD on Friday, June 28; a vinyl edition of the soundtrack will be released Friday, July 19.

‘APOLLO 11’ is meticulously constructed from NASA’s newly-discovered troves of 70mm footage and more than 11,000 hours of audio recordings.  CNN Films commissioned ‘APOLLO 11’ in commemoration of the 50th anniversary of the 1969 NASA mission during which astronauts traveled to the moon’s orbit, walked on the moon, and returned safely to Earth.  Miller’s team worked closely with the National Archives and NASA to locate, digitize, and restore all sources of material related to the Apollo 11 mission.

‘APOLLO 11’ premiered at the 2019 Sundance Film Festival, where it won the Special Jury Award for Editing, and is currently in theaters via Neon.  Miller’s giant screen version, ‘Apollo 11: First Steps Edition’ (TRT ~47 min), is currently being released by MacGillivray Freeman Films to museums and science centers (https://apollo11firststeps.com).

During the June 23 premiere on CNN, ‘APOLLO 11’ will stream live for subscribers via CNNgo (www.CNN.com/go and via CNNgo apps for AppleTV, Roku, Amazon Fire, Chromecast, Samsung Smart TV, and Android TV) and on the CNN mobile apps for iOS and Android.  The film will be available beginning Monday, June 24, on demand via cable/satellite systems, CNNgo platforms, and CNN mobile apps.

Statement Pictures LLC was formed in 2011 in Brooklyn, NY to produce independent feature-length motion picture films and visual content. It is co-owned by filmmakers Todd Douglas Miller and Thomas Petersen. The company’s first feature film, Dinosaur 13, premiered on opening night at the 2014 Sundance Film Festival and was acquired by Lionsgate and CNN Films for theatrical and broadcast exhibition, winning an Emmy® Award for Outstanding Science and Technology Programming.  The company has numerous independent feature-length films in various stages of production and development and is actively engaged in the production of large format films that target museums and science centers worldwide.