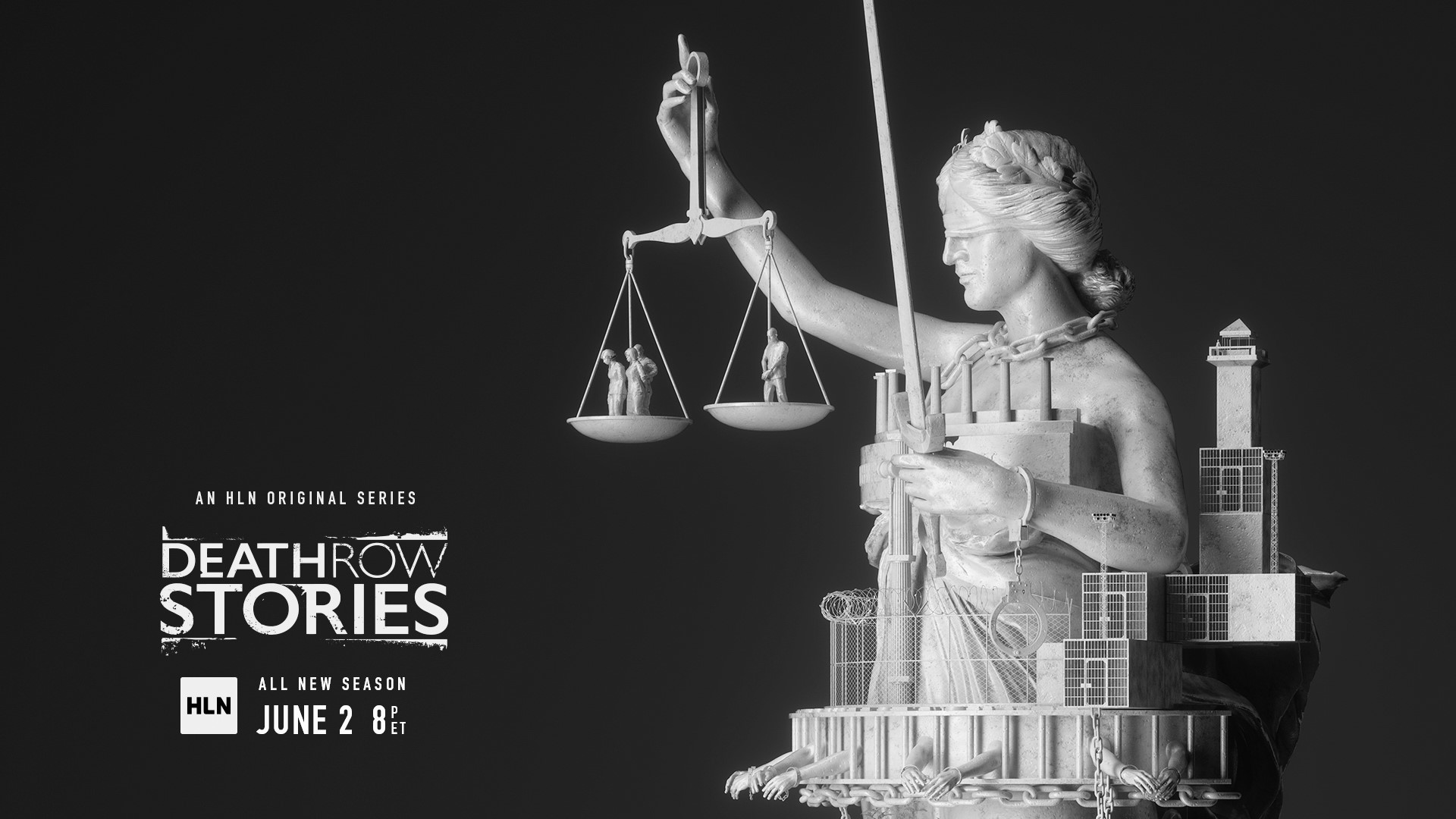 May 21, 2019 — Popular docu-series Death Row Stories premieres its fourth season on Sunday, June 2 at 8pm, ET/PT on HLN.  Concetta Tomei (China Beach, Providence) is the narrator of the series.

Season four of Death Row Stories will stream live for subscribers via CNNgo (at CNN.com/go and via CNNgo apps for Apple TV, Roku, Amazon Fire, Samsung Smart TV and Android TV) and on the CNN mobile apps for iOS and Android. Additionally, all episodes will be available on demand the day after their broadcast premiere via cable/satellite systems. This series will also lead in to the premiere of the new HLN Original Series Hell in the Heartland on Sunday night.

Following are airdates and episode descriptions for season four of Death Row Stories (episode order is subject to change):

June 2, 2019 (season four premiere) “The Boy’s Story” A money order salesman is brutally murdered in broad daylight outside an East Cleveland convenience store. After a 12-year-old neighborhood paperboy tells police he witnessed the killing, two teenage brothers and their best friend are arrested. Despite the lack of physical evidence against them, all three men are sentenced to death. They spend almost four decades behind bars, until a young journalist takes notice of the case and uncovers evidence of the men’s innocence — including discrepancies in the testimony of the boy who accused them.

June 9, 2019 “Web of Lies” The shooting of a newspaper carrier in rural Mississippi lands 20-year-old Marlon Howell on death row. Convicted on the word of two co-defendants and the identification of an eyewitness with a checkered past, Marlon maintains his innocence. His family pins their hopes on an out-of-state attorney, who discovers that false testimony and a faulty lineup are behind Marlon’s conviction. As lies are laid bare and evidence of innocence emerges, an overzealous prosecutor vouches to fight to the end, and Marlon’s life hangs in the balance.

June 16, 2019  “A Prison of His Own” After getting arrested for driving a stolen car under the influence of drugs and alcohol, Philadelphia native Nick Yarris tries to negotiate a deal with police, offering up information about the gruesome kidnapping and murder of a young mother of three. But his uncanny knowledge of the crime makes Nick a prime suspect and eventually lands him on death row. 20 years — and one escape attempt — later, new evidence emerges that offers Nick one last hope for freedom.

June 23, 2019 “A Woman Wronged” A man is found dead in his rural Mississippi home, shot four times with his own 9mm pistol. His 19-year-old son names his hospitalized mother, Michelle Byrom, as the mastermind of the murder, claiming she hired the boy’s friend to shoot her husband, and promising to pay him from the life insurance payout. Sentenced to death, Michelle spends 14 years awaiting execution — until a determined team of lawyers unearths a dark history of domestic and sexual violence, and a confession that points to an alternate suspect.

June 30, 2019 “Body of Evidence” After a month-long search, the body of missing nineteen-year-old Melissa Trotter is recovered in a Texas forest. Local police quickly zero in on Larry Swearingen, who was last seen with Melissa just before she disappeared. After physical evidence and the murder weapon tie Larry to the murder, he is convicted and sentenced to death. Twenty years later, Larry maintains his innocence, pointing out flaws in the State’s case — including incomplete DNA tests, an alternate suspect, and forensic evidence that suggests Melissa may have been killed after Larry was arrested.

July 7, 2019  “Murder in Broad Daylight” Two men are shot at point blank range outside a public housing project on Chicago’s South Side. The execution-style hit leads to the conviction of Nathson Fields, a member of the notorious El Rukn street gang. Detectives claim Nate bragged about committing the murders — but over more than a decade on death row, Nate stands by his innocence, arguing police framed him. When the judge who sentenced Nate is convicted of taking bribes to rig murder cases, the case begins to unravel. As Nate’s attorneys dig deeper, they discover the makings of a massive police cover-up.

July 14, 2019 “Caught on Tape” The brutal murder of a young couple inside their secluded Florida home leaves police baffled. Months later, a woman comes forward to implicate her ex-husband, Joe Martinez, a Spanish national living the fast life. When Joe is convicted on the basis of a shoddy surveillance tape and the testimony of a jilted lover, his parents launch an international media campaign to free him from death row. Yet despite discoveries of evidence tampering and alternate suspects, questions about whether Joe is truly innocent remain, and a seasoned homicide detective believes a guilty man could walk free.

July 21, 2019  “Memory of a Murder” A masked attacker shoots up an apartment in Bucyrus, Ohio, leaving three dead and two young children clinging to life. After witnesses report seeing a “large black man” near the scene, police close in on Kevin Keith, a local drug dealer who was recently busted based on information offered by a snitch. It was the snitch’s family that was murdered, leading prosecutors to argue Kevin’s motive was revenge. Despite the lack of physical evidence, Kevin has spent 25 years locked up — but a young public defender believes long-hidden case records will shed new light on the Bucyrus murders and clear Kevin’s name.