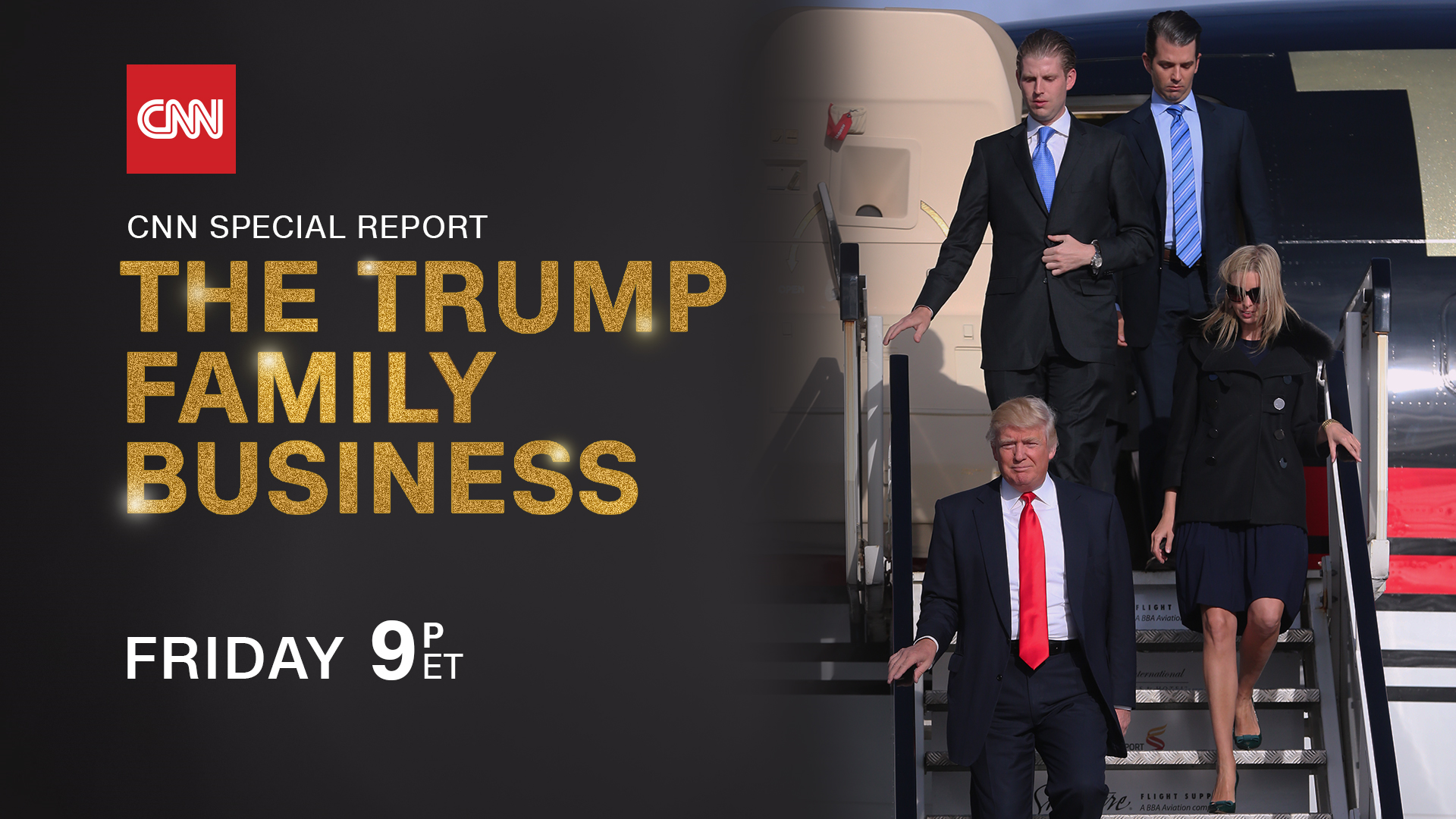 As President Trump battles to keep his taxes and other financial documents away from the public eye, CNN’s Erin Burnett launches an investigation to answer the question: How does the President of the United States continue to make money?  In this one-hour CNN Special Report, Burnett explores the many types of businesses the Trump Organization engages in and how the President’s continuing connections to his family empire raise many questions about his separate roles as President and the owner of a sprawling set of companies. The Trump Family Business, premieres Friday May 17th at 9pm ET.

In the special, Burnett speaks to people who have faced financial losses — from investors in Trump properties, to those who lost money after enrolling in Trump University.  In addition, Burnett interviews DC Attorney General Karl Racine who is suing the President, because he believes President Trump is violating the constitution by continuing to take money from foreign governments at his hotels.  Burnett also speaks with journalists from the Washington Post, WNYC and ProPublica about their discoveries of how the President still makes money today and how his businesses operate.

The Trump Family Business will stream live for subscribers the day of its premiere via CNNgo (at CNN.com/go and via CNNgo apps for Apple TV, Roku, Amazon Fire, Samsung Smart TV and Android TV) and on the CNN mobile apps for iOS and Android. It will also be available the day after the broadcast premiere on demand via cable/satellite systems, CNNgo platform and CNN mobile apps.