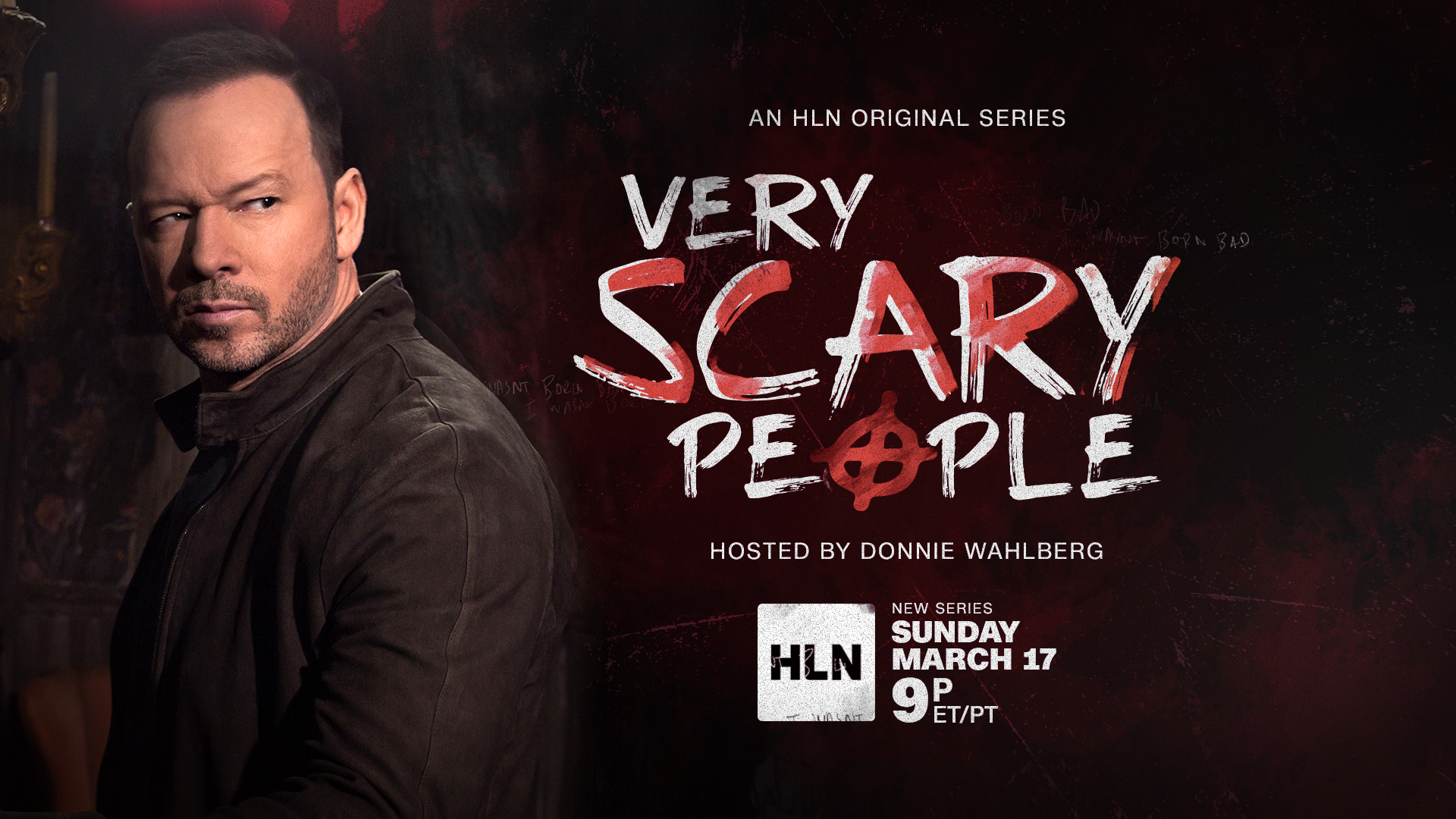 There’s a New Crime Series On The Block

Los Angeles (February 28, 2019) – Actor and singer Donnie Wahlberg will host Very Scary People, a six-episode HLN Original Series that chronicles the twisted lives of some of the most frightening, diabolical characters in recent history. Each two-hour episode traces the heinous, criminal acts of these elusive miscreants and the eventual road to justice.

Wahlberg’s impressive career spans television, film, and music, capturing the attention of audiences worldwide. He also currently stars on the hit CBS drama “Blue Bloods,” and is ramping up for a summer 2019 tour with his band New Kids on the Block.

Very Scary People is an HLN Original Series and part of the network’s internally developed programming dedicated to true crime, mysteries, and investigations. Nancy Duffy, Vice President of Program Development for CNN, is the Executive Producer of the series.

Very Scary People will also stream live for subscribers via CNNgo (at CNN.com/go and via CNNgo apps for Apple TV, Roku, Amazon Fire, Samsung Smart TV and Android TV) and on the CNN mobile apps for iOS and Android.

This is the shocking and gruesome mystery of John Wayne Gacy, a popular Chicago businessman and part-time clown who was leading a double life in the 1970s. By day, Gacy was a community leader and helpful neighbor. But by night, he transformed into a monster who chose young male teens as his prey. How did this seemingly cheerful man become the most prolific serial killer of his day — without anybody noticing and how he was ultimately caught?

Charles Manson was born a bad kid, became a teenage thief and a violent predator, and in the end, spent far more than half his life behind bars.  He had the ability to charm and developed amazing powers of persuasion, but he chose to use those talents for sinister purposes. This episode — featuring Manson Family members, victims’ families, witnesses, prosecutors, reporters, authors, and Manson in his own words — details the horror of the vicious attacks and explains how Manson was able to convince his hippie followers to brutally murder celebrities and innocent strangers. The grisly killings terrorized Hollywood and remained unsolved until homicide detectives received a tip from a surprising source.

Wanted for multiple sex attacks against women in Northern California over three decades, this masked predator meticulously planned his assaults by studying the habits and routines of his female prey. The NorCal Rapist entered homes in advance of his attacks, memorizing floor plans and planning exits to avoid being seen. Then, armed with guns and knives, he attacked the women at night, when they were alone. But after 27 years on the loose, police suddenly closed in on the man they believe is the NorCal Rapist. This episode features victims, detectives, prosecutors, and criminal profilers, who detail the horror of the attacks, and the new forensic science that led to the suspect’s capture

In 1990, Florida police were on a frantic search for a killer. Seven men were dead, their bodies scattered along state highways. Terrorized motorists heard of the bullet-ridden victims of the Interstate Killer – but the investigative trail was cold and there was no end in sight. The killer behind the spree was Aileen Wuornos—a complex, misunderstood misfit who hitchhiked near truck stops, selected her victims at random, and lured them to secluded locations. It took good old-fashioned police work, a little luck, and a lover’s betrayal, to finally bring Wuornos’ killing spree to an end. This episode features rare interviews with victims’ family members, and Wuornos’ best friend.

He terrorized Northern California in the late 1960s, killing young couples at secluded lover’s lanes. Not satisfied with just the murders, he also taunted the public with cryptic clues, threats of increased violence and most famously, ciphers that were supposed to lead police to his identity, but mostly went nowhere. Detectives, reporters, and even civilians, have worked for decades to solve the case – but so far, no one has succeeded. Can new DNA techniques that were used to catch the Golden State Killer finally unmask this murderer, who is both infamous and completely unknown?

More than 900 Americans died in an isolated jungle in northern Guyana in November 1978. The man responsible, Jim Jones, has gone down in history as a madman who drove his followers to suicide. But the truth is more complicated, more horrifying, and more tragic than that. This episode dives deep into the life of Jones, from his lonely childhood to his spectacular rise as a charismatic minister sought out by politicians and film stars, and finally, to an almost unimaginable end: the mass murder of those who once called him “father.”