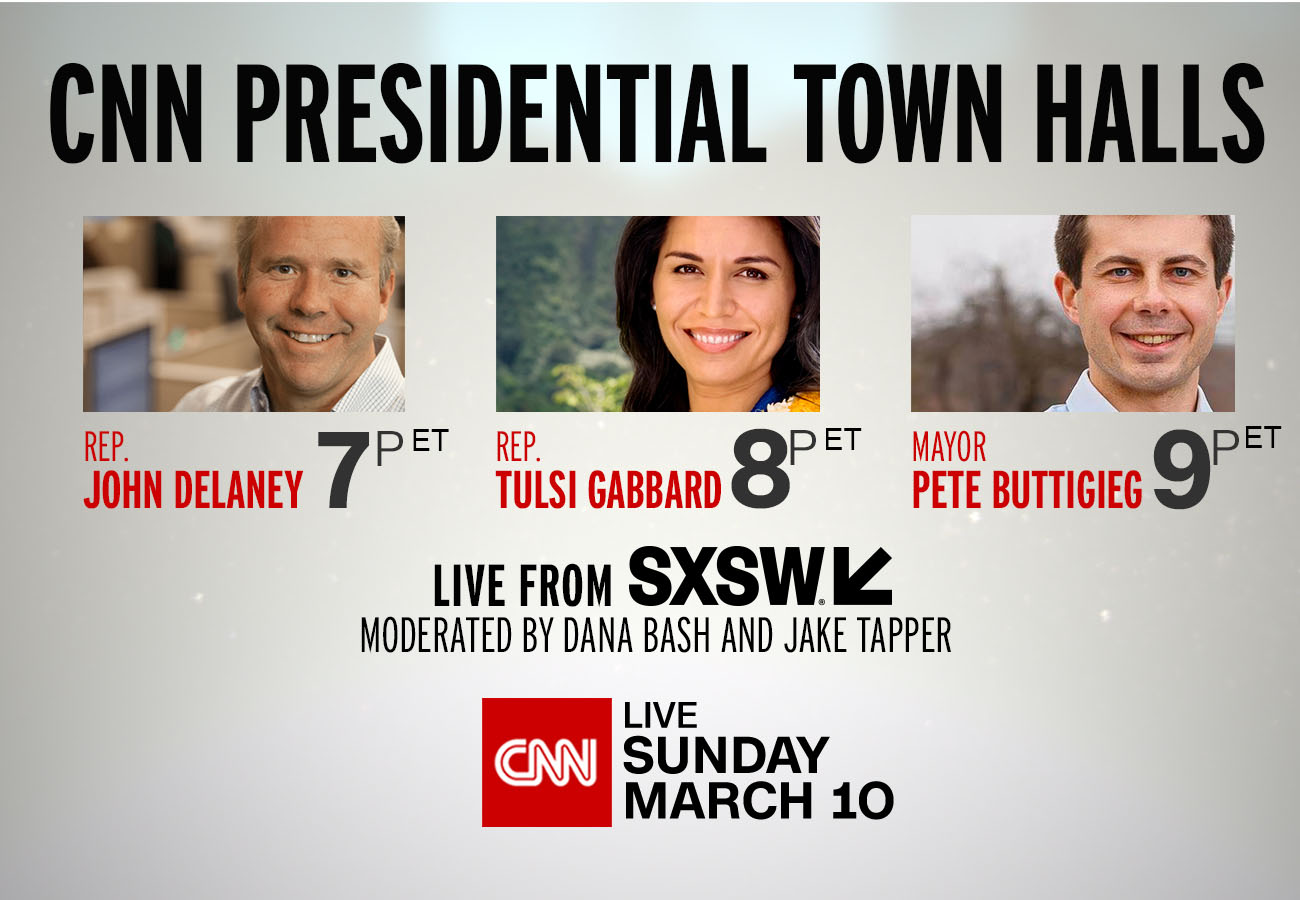 (Washington, DC & Austin, TX) – CNN has partnered with South by Southwest® (SXSW®) to bring its presidential town halls – a signature of the network’s election coverage – to Austin Texas for the SXSW Conference and Festivals on March 10, 2019.

A unique audience for a town hall, SXSW has attracted the world’s most innovative and creative minds from industries like interactive and digital media, film and music since it was founded in 1987. This year, those influencers will join a group of Texas voters to ask presidential hopefuls about their vision for the nation.

The CNN Democratic Presidential Town Hall @ SXSW will broadcast live from Austin City Limits at Moody Theater live on March 10, 2018. It will air on CNN, CNN International and CNN Español, beginning at 7 p.m. ET and 4 p.m. PT. Audiences without a cable subscription can watch on CNN.com and via CNNgo on mobile devices and connected TVs.