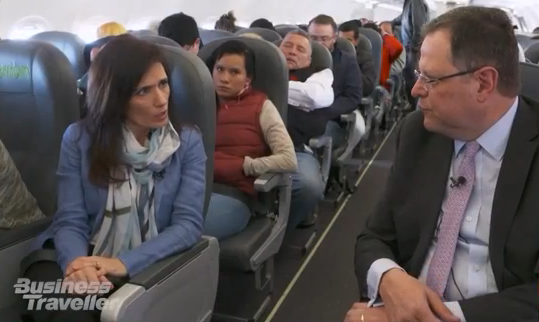 This month’s programming highlights on CNN International, including shows such as Business Traveller, Supercharged and Destination Tohoku:

This month, Supercharged travels to Marrakech for the second race of the Formula E season. Host Nicki Shields watches as Felipe Massa races the fastest animal on Earth, the Peregrine Falcon, and joins Antonio Felix Da Costa in the hustle and bustle of the medina.

Also on the programme, Shields receives a guide of the Marrakech track from British racing driver Dario Franchitti and provides a race report on all the action from the track in Morocco. CNN also explores Morocco’s landmark Solar Farm – the world’s largest concentrated solar power farm.

Malaysian politician Anwar Ibrahim has spent over three decades weaving in and out of the country’s complicated state of affairs. Having lived through two controversial imprisonments, he has now formed a partnership with his one-time political foe, Mahathir Mohamad, and is slated to become the next Prime Minister of Malaysia himself.

On this month’s episode of Talk Asia, Anwar Ibrahim discusses politics, corruption, the 1MDB scandal, and the future of his country with CNN’s Richard Quest.

They broke the marathon world record last year and continue to dominate the world of long distance running but today a new sport is gaining momentum in Kenya. With newfound success on the international stage, rugby fever is gripping the nation and reverberating on pitches across the country. The sport may have been introduced by British colonists but it’s a game no longer reserved for the elite or for men.  Kenyan women are taking ownership and making their mark on the field.

This month, CNN World Rugby meet the Lionesses, current Africa Women’s Sevens champions, to learn about the gender inequalities they battled to make it onto the pitch. The programme also meets Kenya’s most lauded rugby star, Collins Injera, who broke the all-time try scoring record at the London Sevens in 2016.

In Kibera, the programme follows the Shamas Foundation as they introduce rugby to children in Africa’s largest urban slum and learns how the sport is helping Kenya’s first and only deaf rugby team break down stigmas associated with hearing impairment which many consider to be a curse from God.

At the edge of a continent, an iconic city beckons. Pass through its golden gate and anything goes. This month, Quest’s World of Wonder is exploring the DNA of San Francisco, where radical ideas are born and thrive.

A city where hippies, and their summer of love, evolved into the revered and reviled tech industry. A place so scintillating that a local newspaper column captivated a global audience with its “Tales of the City”.

Join CNN’s Richard Quest as he finds magic, and a whole lot of laughs, in the hills of San Francisco.

This month’s episode of Winning Post celebrates the start of a new Flat Racing year by re-visiting Uruguay, where Maronas Stadium, in its capital Montevideo, plays host to “Three Kings Day” and the 121st running of South America’s premier race the Ramirez Prize.

When previously in town for the event in 2017, host Aly Vance joined a group of Gauchos to help unravel the history behind the nation’s innate love of horses. But this timeless devotion to all things equine extends further than the grasslands, and two years on the presenter delves deeper, visiting the epicentre of one of South America’s biggest equestrian sports, meeting with modern day superstars of the Polo pitch who claim the pursuit is in their DNA.

The same seems to be true for many of South America’s best jockeys who will be vying for glory at Maronas Stadium. On Race Day, Aly Vance catches up with Argentinian rider of the moment Pablo Falero, for whom the Ramirez prize will be his last hurrah before retirement.  And with the future in mind, in the aftermath of the meeting, Vance returns to Haras Cuatro Piedras, where national treasure and Hall of Fame thoroughbred Invasor’s first batch of offspring are now in training, hopeful of Ramirez success in years to come.

CNN travels to Tohoku in Northern Japan to see how the region is transformed into a natural winter wonderland.

Destination Tohoku discovers how tourists flock to Aomori City in the winter to see its beautiful landscapes and meets the city’s specialized team of snow removers, codenamed ‘White Impulse’, who keep the runways and city streets ice-free every winter.

CNN learns how residents and tourists in Aomori keep warm with frequent visits to an onsen, or Japanese hot spring. CNN then journeys up the snowy peaks of Mount Hakkoda to one of the most popular onsens in all of Japan, Sukayu Onsen, which is famous for its size: it’s known for hosting up to 1,000 bathers at a time.

Destination Tohoku also gets a guided tour of one of the region’s most well-known ski resorts, Zao Onsen with Hidetaka Ito, a former champion skier who comes from Zao Onsen. Next, CNN discover what makes the wanko soba noodles a Tohoku specialty with a former wanko soba challenge champion, a Japanese woman who ate over 300 bowls in one sitting.

Lastly, Japan’s famous train transportation, the shinkansen or bullet train is overshadowed by one of Tohoku’s biggest tourist attractions – the stove train. CNN takes a ride and uses the stoves to cook locally-caught squid, which can be purchased from vendors at several stops along the hour-long journey.