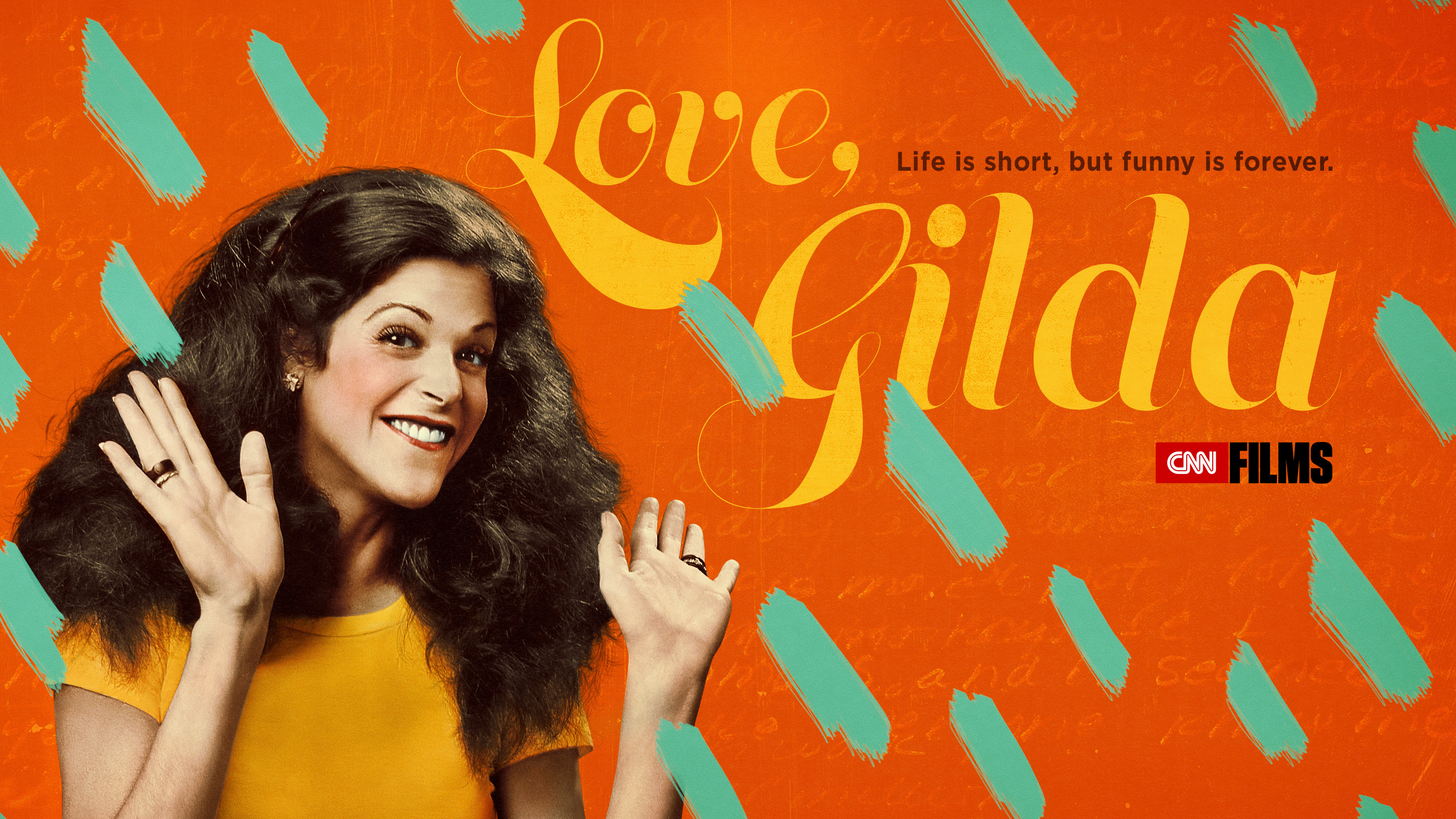 ‘LOVE, GILDA,’ the documentary feature exploring the life and career of trailblazing and beloved comedienne and actress, Gilda Radner, will premiere for television on CNN on New Year’s Day, Tuesday, Jan. 1, at 9:00pm and 11:00pm Eastern (6:00pm and 8:00pm Pacific), with limited commercial interruption, the network announced today.  Radner’s immense talent in improvisational comedy led to her becoming the first cast member hired for Saturday Night Live (SNL), when it debuted in 1975.  Radner was later honored in 1977 with an Emmy® Award for her work on SNL.

Working with the Radner estate, film director Lisa D’Apolito seamlessly constructed the film using a collection of diaries, personal audio recordings, home movies, and videotapes that captured Radner’s childhood, comedy career, relationships, and her struggles with cancer.  D’Apolito incorporates interviews with Chevy Chase, Lorne Michaels, Laraine Newman, Michael Radner, Paul Shaffer, Alan Zweibel, and others close to Radner during her lifetime, for ‘LOVE, GILDA,’ revealing Radner’s gifts as well as their shared experiences.  Adding to the discovery of Radner’s charisma and the understanding of her acting talents, Radner’s notes and journals are read aloud in the film by contemporary artists, Bill Hader, Amy Poehler, Maya Rudolph, and Cecily Strong, who have been encouraged by her work.

“I am so honored that ‘LOVE, GILDA’ is premiering on CNN on Jan. 1,” D’Apolito said of the announcement.  “Gilda Radner always found the passion and humor in life, no matter what was happening, and sharing her story is a wonderful way to start 2019!”

As a companion to the broadcast, an exceptional group of groundbreaking comedians: Rachel Bloom (TV’s Crazy Ex-Girlfriend), Carol Burnett, Yvette Nicole Brown (TV’s Community and The Office), Fran Drescher (TV’s The Nanny), television, film, and stand-up comedic actress Tracey Ullman, have recorded personal digitized video vignettes in which they express how Radner has influenced their lives and work.  Additional coverage about Gilda Radner’s life and legacy will be hosted by www.CNN.com/CNNFilms.

“At this reflective time of year, we feel viewers will fall in love with Gilda’s indomitable spirit and motivational joy for life,” said Amy Entelis, executive vice president of talent and content development for CNN Worldwide.  “And, we’re delighted to present a story about the life and work of woman who broke barriers in her field,” Entelis said.

‘LOVE, GILDA’ is directed and produced by director Lisa D’Apolito and produced by 3 Faces Films, Motto Pictures, and CNN Films.  D’Apolito’s inspiration for the film began while working on video productions on behalf of Gilda’s Club, a nonprofit, founded by Radner’s husband, Gene Wilder, after her death.  Gilda’s Club supports cancer survivors and their families living with cancer.

Amy Entelis and Courtney Sexton of CNN Films executive produced ‘LOVE, GILDA.’  The film had its world premiere at the 2018 Tribeca Film Festival as the festival’s opening night film; it later won the audience award at the 2018 Cinetopia Film Festival.

During the Jan. 1 premiere on CNN, ‘LOVE, GILDA’ will stream live for subscribers via CNNgo (www.CNN.com/go and via CNNgo apps for AppleTV, Roku, Amazon Fire, Samsung Smart TV, and Android TV) and on the CNN mobile apps for iOS and Android.  The film will be available beginning Wednesday, Jan. 2, on demand via cable/satellite systems, CNNgo platforms, and CNN mobile apps.  ‘LOVE, GILDA’ will encore Saturday, Jan. 5 at 9:00pm and again on Sunday, Jan. 6 at 12:00am Eastern (6:00pm and 9:00pm Pacific on Saturday, Jan. 5) on CNN.  More information about the film may be found by visiting www.CNN.com/CNNFilms.  Social media users can connect with others commenting on the film during the premiere broadcast with the hashtag #LoveGilda.