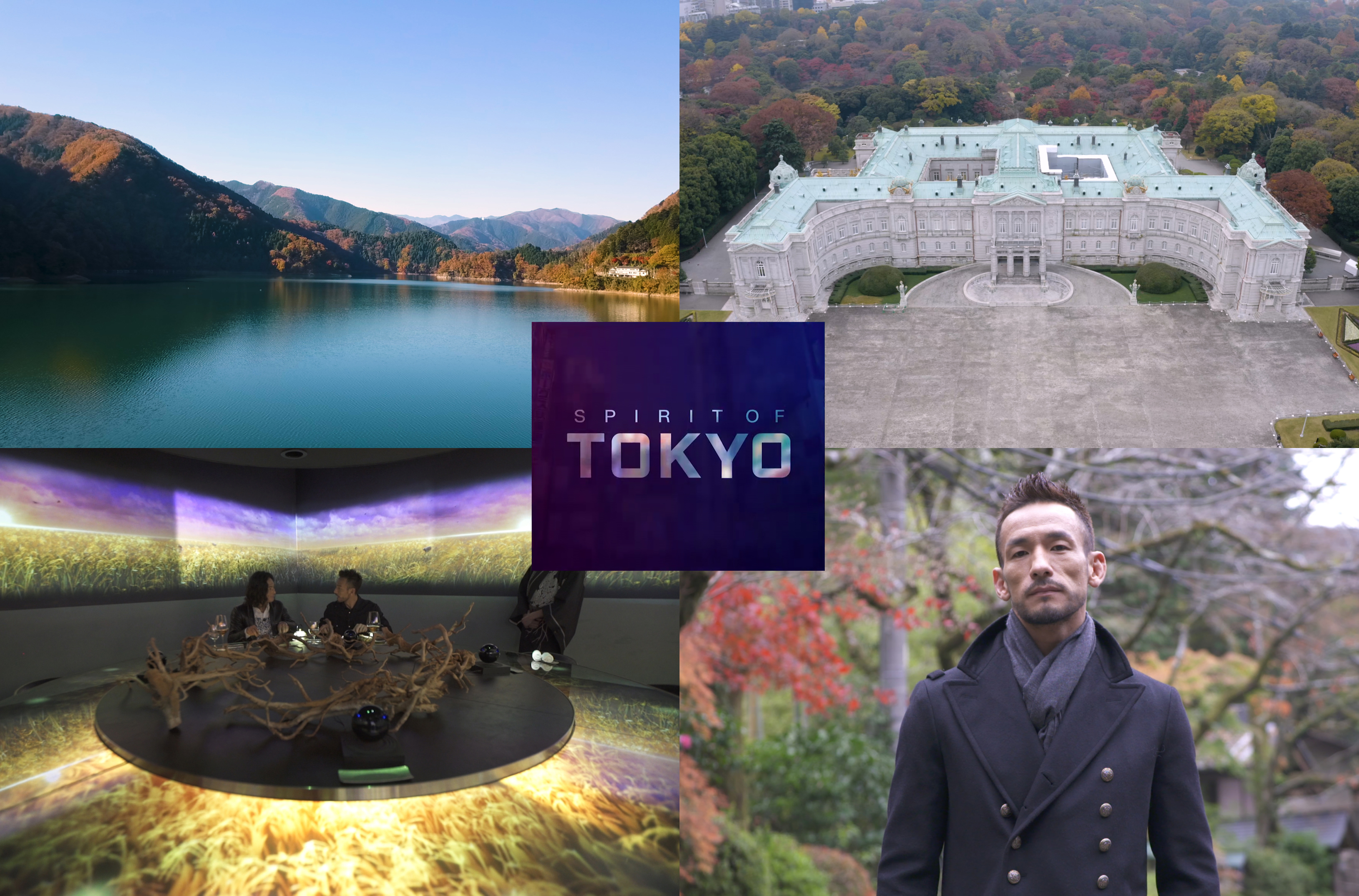 A city that blends new and old, modernity with history, Tokyo is a unique destination offering its visitors the experiences beyond the ordinary. This month, CNN follows former professional footballer Hidetoshi Nakata as he introduces an itinerary of unique and rich experiences across different aspects of what Tokyo has to offer. CNN’s ‘Spirit of Tokyo’ showcases how the city is ever evolving as one of the world’s most popular travel destinations and always giving visitors a reason to come back for more.

Highlights of the 30-minute show include:

Japanese food artistry
Throughout its history, Japan has blended taste, quality and service as the centerpieces of their culinary philosophy… with aesthetics playing a big part of its culture. To delve into Japanese culinary heritage, CNN visits the picturesque Ukai Chikutei, a restaurant nestled in the forests at the foot of the famed Mount Takao. Further exploring the artistry and beauty of Japanese cuisine, CNN sits down at the dinner table at TREE by Naked to experience how the restaurant incorporates virtual reality and digital projection to give visitors a full sensory dining experience.

Tokyo’s timeless architecture
Built in 1909 as the Crown Prince’s residence, the State Guest House is a national treasure that blends influences of the east and west. CNN gets a tour of the Geihinkan grounds, where heads of state and tourists alike come to admire some of the most remarkable architecture of Japan.

Live like a local: The town is your hotel
Yanaka is one of the oldest neighborhoods in Tokyo. Called shitamachi or old downtown, Yanaka was spared by disaster and war, allowing it to maintain its historical charms and nostalgic atmosphere. For many travelers, understanding a new place means immersing themselves in the local community. The new concept hotel, Hanare, is playing with that philosophy – allowing travelers to use the entire town of Yanaka as a hotel. CNN checks in to Hanare to experience the town like a local.

Exploring Okutama: Change of scenery
With the hustle and bustle of Tokyo’s urban landscape, greenery is not the first thing that comes to mind when people think of the city. But Tokyo is also home to breath-taking nature – be it islands surrounded by the ocean or luscious mountain ranges, people do not have to leave the capital to explore the beautiful outdoors. Unwinding amongst the lush forestry, CNN experiences Tokyo’s stunning nature through glamping in Okutama and discovers its stunning natural surroundings.

Re-discovering Tokyo waterways
Hundreds of years ago, Tokyo was known as Edo and the city flourished around its waterways. Goods and people were transported by boats to and throughout Tokyo and the areas by the water became main hubs of commerce and entertainment. Today’s Tokyo was built upon these canals and rivers and there are still more than a hundred which flow into the city – but with time the water’s connection with people was forgotten. Now, with the 2020 Tokyo Olympics ahead and more structures being built on the waterfront, Hidetoshi Nakata brings CNN onboard a cruise to take in Tokyo’s history and future from a new perspective… by water.

‘Spirit of Tokyo’ is produced by CNN Vision, the global creative production powerhouse of CNN International, which brings the world’s breath-taking diversity into cinematic focus, telling stories that inspire audiences around the world.

The 30-minute special ‘Spirit of Tokyo’ airs at the following times:

About CNN International
CNN’s portfolio of news and information services is available in seven different languages across all major TV, digital and mobile platforms reaching more than 475 million households around the globe. CNN International is the number one international TV news channel according to all major media surveys across Europe, the Middle East and Africa, the Asia Pacific region and Latin America and has a US presence which includes CNNgo. CNN Digital is a leading network for online news, mobile news and social media. CNN is at the forefront of digital innovation and continues to invest heavily in expanding its digital global footprint, with a suite of award-winning digital properties and a range of strategic content partnerships, commercialised through a strong data-driven understanding of audience behaviours. Over the years CNN has won multiple prestigious awards around the world for its journalism. Around 1,000 hours of long-form series, documentaries and specials are produced every year by CNNI’s non-news programming division, CNN Vision. CNN has 36 editorial offices and more than 1,100 affiliates worldwide through CNN Newsource. CNN International is part of Turner, a WarnerMedia company.