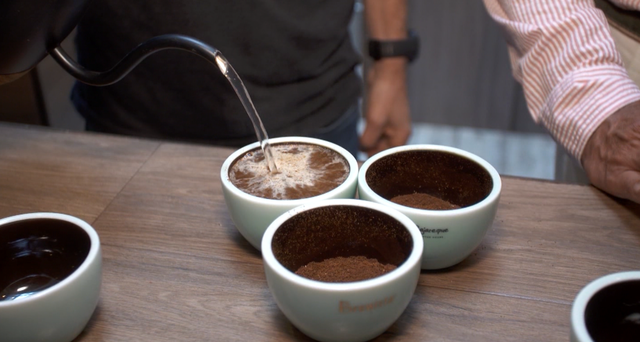 This month’s programming highlights on CNN International, including shows such as Business Traveller, Street Life Hanoi and Culinary Journeys:

On this month’s Marketplace Latin America, CNN International looks at the dynamic industries that are impacting the economy in the region.

The programme explores Panama’s coffee industry which, despite being far behind many other Latin American countries when it comes to production, is home to the world’s most expensive coffee beans.

CNN International also looks into Cuba’s cruise industry to see how it is adjusting to the new influx of passengers coming from the United States.

In Argentina, the programme reports on how the world’s love for Tango is creating business opportunities in the country.  Marketplace Latin America also speaks to the head of one of Brazil’s largest retail companies – Magazine Luiza.

From classical Indian dance to today’s hip-hop, dance has long been one of the great visual icons of India. CNN travels to India to learn more about the pulse of India’s dance scene, on the street, in the temple and for the stage.

Iconic India learns about the traditional dances of Bharatanatyam, which originated in Hindu temples and expresses religious storytelling; Sufi Kathak, a spectacle which evolved from the Mughal court; and Bhangra, which originated from Punjab as a way to rejoice in the harvest season.

Although hip-hop hails from the United States, the widely popular genre has an international reach. In India, CNN meets two dance troupes, one in Delhi and the other in Mumbai, who are fusing the hip hop aesthetic with Indian moves.

Lastly, Bollywood is explored as Iconic India learns more about the dance often found in massive movie productions and speaks to some of the most renowned choreographers who are evolving the genre.

Following the huge success of the Ryder Cup in Paris, host Shane O’Donoghue learns more what an event is financially worth to a country and spends time at Adare Manor in Ireland, the early favourite to host the 2026 Ryder Cup.

The programme also travels to Cascais just outside Portugal’s capital city of Lisbon for the World Corporate Golf Challenge Final, one of the most prestigious corporate events on the calendar. At the tournament, O’Donoghue speaks to competitors and organisers to find out more about why the worlds of golf and business blend so well.

Living Golf also profiles the historic Wentworth Golf Club in England which hit the headlines in 2015 after its new Asian owners significantly raised the joining fees, upsetting many members. O’Donoghue meets CEO Stephen Gibson to look at the many improvements to Wentworth and see what almost £30 million of Asian investment gets you.

The world’s airports welcomed more than 7.6 billion arriving and departing passengers in 2016 (Airports Council International). That’s more trips than the population of the globe itself.

As often the “first face” of a country, airports can delight, frustrate or even make or break a trip. With bold architecture, tech innovation, enhanced security and amenities galore, today’s airports are becoming more than places where people catch flights.

On this month’s episode of Business Traveller, CNN International looks at three of the world’s biggest gateways: Charles de Gaulle, Dubai International and Miami International. CNN’s Richard Quest takes you inside their transformations as they push to stand-out as gateways to the world.

On Street Life Hanoi, CNN International explores the historic city with a new perspective. CNN first travels around the famous 36 streets of Hanoi’s Old Quarter, where streets are named after crafts which once were practiced there. On Tạ Hiện Street, CNN meets Hanoi local Tấn and Aussie expat Brett whose love for beer has seen them form one on the most popular beer tours in the city. Together, they teach locals and visitors about Hanoi’s famous cold brew, Bia hơi.

Next, the programme samples Chả Cá, an iconic Vietnamese fish dish which also has an entire street named after it. Travelling along Chả Cá Street, the programme tastes some food at the city’s oldest restaurant, Chả Cá Lã Vọng.

CNN goes on to Hoàng Hoa Thám, a tree-lined street named after a national hero. Said to be one of the prettiest, the 3-kilometre street also hosts local vendors selling flowers and bonsai trees.

The programme’s last stop is Tràng Tiền Street where CNN receives a guided tour by Hanoi Kids, a free tour group run by volunteers who use touring to practice their English. The tour takes the programme to one of the most famous streets in the city during French colonial rule.

This month’s episode of Culinary Journeys travels to Dubai and Paris with one if the world’s most influential chefs: Yannick Alleno.

In his restaurant on Paris’ Champs-Élysées – which has counted Claude Monet, Napoleon Bonaparte and French revolutionaries Danton, Marat and Robespierre among its customers – Chef Alleno started a culinary revolution and reinvented the basis of French food. With six Michelin stars and a portfolio of over a dozen restaurants around the world, the Parisian chef is a tireless ambassador for the renaissance of Modern French cuisine.

CNN International follows Alleno to Dubai to explore the culinary scene of the desert city and look at how the local culture has influenced the food served at STAY: Alleno’s fine-dining establishment on Dubai’s man-made Palm Island.