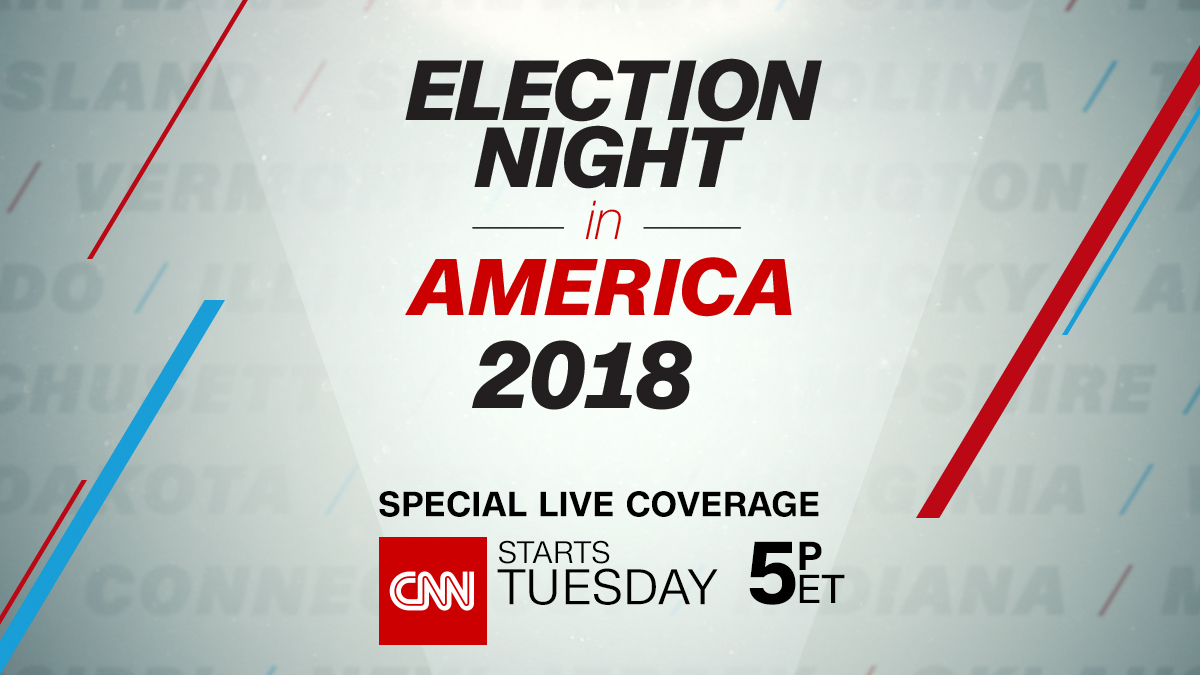 On Election night, CNN will provide viewers with comprehensive coverage and real-time results of the midterm elections, which will determine who will control both chambers of Congress.  The network’s team of anchors, correspondents, analysts and commentators will provide special coverage from the nation’s capital and report from across the country.

CNN anchors Wolf Blitzer, Jake Tapper and Anderson Cooper will kick off Election Night in America 2018 live from the CNN Election Center in the network’s Washington Bureau, beginning at 5pmET. Joining them will be CNN Chief Political Correspondent Dana Bash, who will be tracking the Senate races and CNN Senior Political Reporter Nia-Malika Henderson will be covering the gubernatorial races around the country. CNN Anchor and Chief National Correspondent John King will provide viewers with up-to-the-minute election analysis and reporting on the battleground House races from the CNN Magic Wall.

CNN’s Election Night in America coverage will be streamed live on CNN.com’s homepage, CNNgo, and across mobile devices via CNN’s apps for iOS and Android, without requiring log–in to a cable provider, beginning Election Day, Tuesday, November 6 at 5pm running through to Wednesday, November 7 at 9amET.

CNN Digital will provide unique election experiences across all platforms as reporters and analysts from the nation’s top team in politics outline the midterm races. Real-time results, data-driven reporting and exit polls for Senate, House, and Gubernatorial races, as well as select ballot measures on the state, district and county level, will be published to America’s Choice 2018.

CNN’s live blog running on the CNN.com homepage will serve as the home for coverage and analysis of voting and the election night results from around the country starting at 6amET on Election Day. ‘The Forecast with Harry Enten’ will also be providing the forecast of key races throughout the night. Visit CNN.com/Forecast to explore the House and Senate interactive pages and receive the latest prediction.

Special, customized coverage will roll out across CNN’s social platforms, including CNN’s Facebook Watch program, Anderson Cooper Full Circle with a special show focused on the election with the latest breaking news updates and developments going live at 6:25pmET.