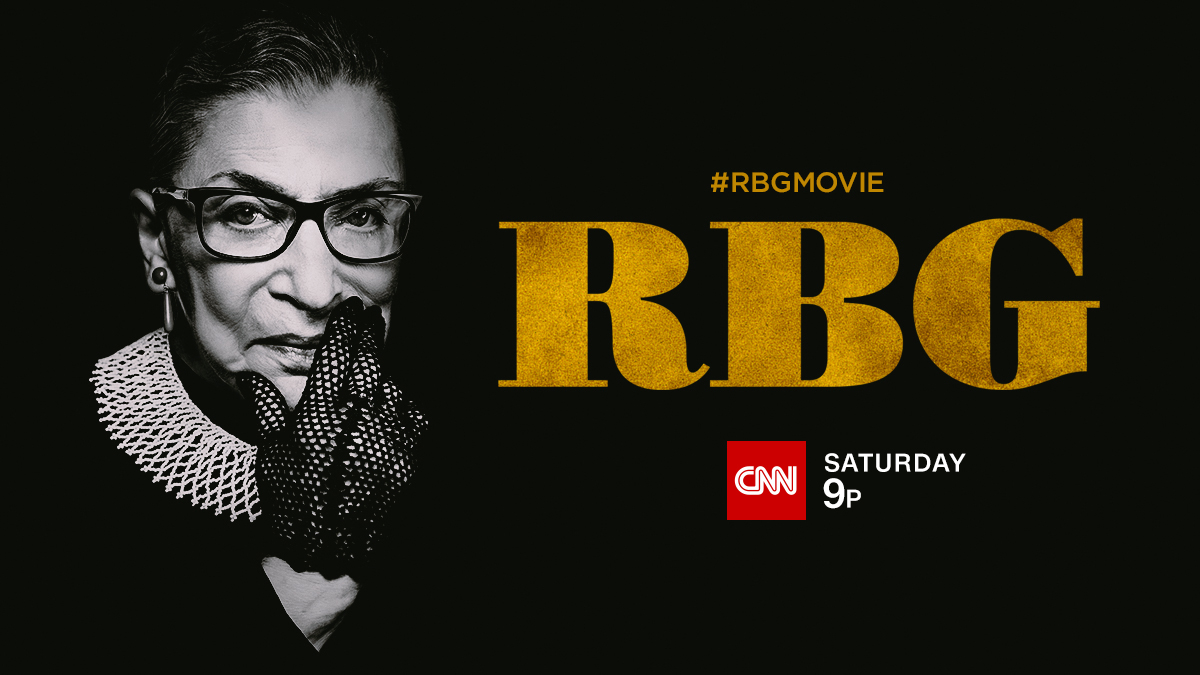 ‘RBG’ will encore Saturday, Sept. 29 at 9:00pm Eastern on CNN/U.S.  The critically-acclaimed documentary film is directed by Betsy West and Julie Cohen for Storyville Films, and executive produced by Amy Entelis and Courtney Sexton of CNN Films.  The film explores the remarkable legal legacy and life of Justice Ruth Bader Ginsburg, who has become a multigenerational pop culture icon, and celebrates 25 years on the U.S. Supreme Court in 2018.

‘RBG‘ will also stream live via CNNgo platforms and CNN mobile apps.  It will be available on demand via cable and satellite systems, as well as CNNgo and CNN mobile apps, beginning Sunday, Sept. 30 through Tuesday, Oct. 02.  Viewers are invited to follow the social conversation around the film by following @CNNFilms, and using the hashtag, #RBGMovie.

‘RBG’ premiered to critical acclaim at the 2018 Sundance Film Festival, where it was acquired by Magnolia Pictures and Participant Media for worldwide distribution.