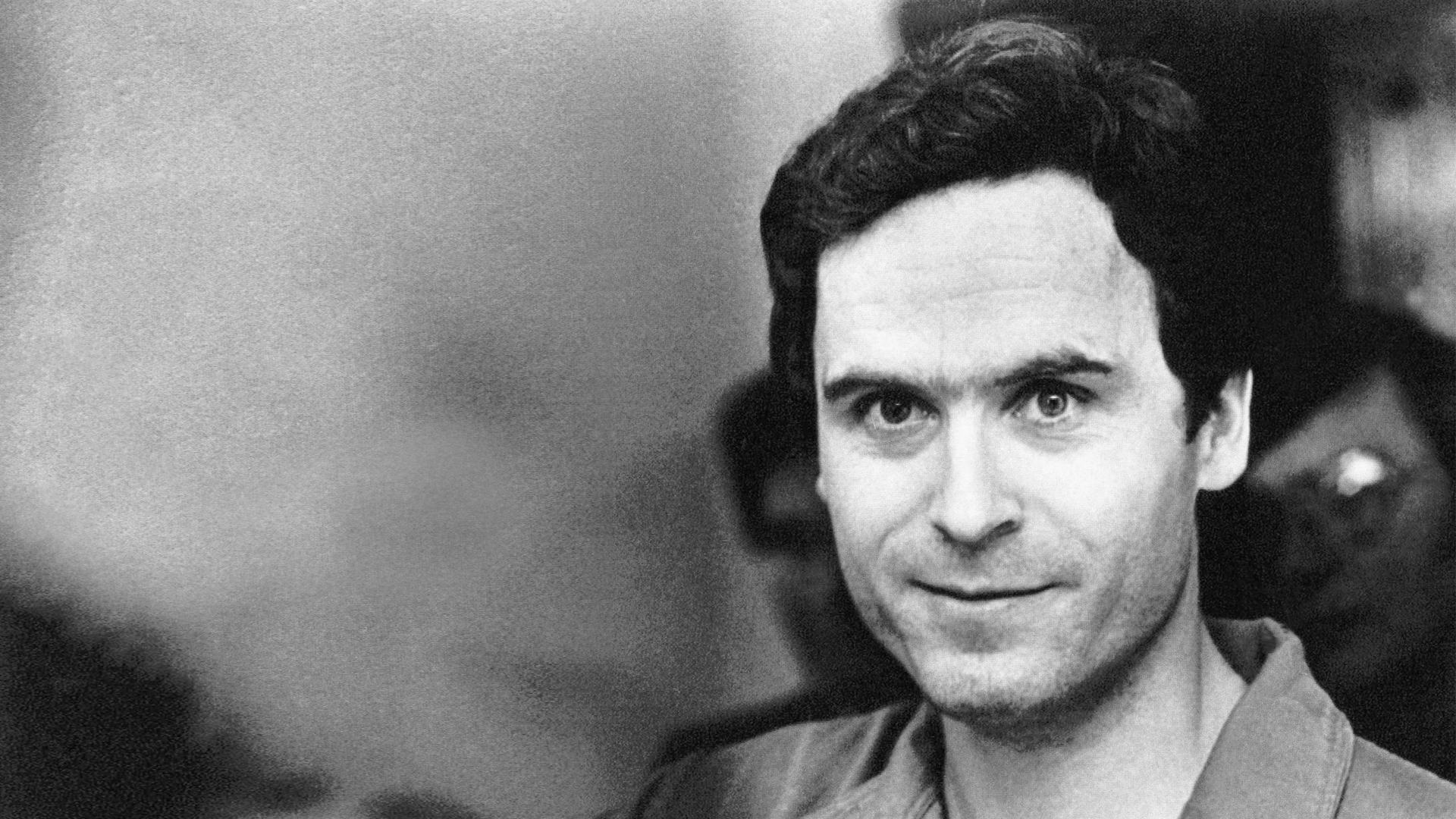 NEW YORK (Sep 26, 2018) – Season three of the HLN Original Series How It Really Happened with Hill Harper returns Sunday, October 7 at 8pm ET/PT with a two-hour installment of a four-hour comprehensive look at the twisted, ritualistic murders of serial killer Ted Bundy. Since its January 2017 debut, the buzzed-about true crime documentary series has revisited some of the most notorious criminal cases and trials, star-studded tragedies and inexplicable mysteries of the last century. Season three will take viewers back through the life and shocking death of pop star Selena Quintanilla-Pérez, HLN-televised sexually-charged murder trial of Jodi Arias, secrets and lies of NFL superstar Aaron Hernandez and standoff and siege at Waco. How It Really Happened features new interviews from family members, friends and colleagues, analysis from criminal experts, CNN and HLN correspondents and archival footage from the CNN vault.

The four-part Bundy retrospective features an exclusive interview with Sylvia Meixner who was approached by a man named “Ted” when she was 15-years-old and asked to help put a sailboat onto his car. When Meixner said no, the woman next to her offered to help. That woman – Janice Ott – left with “Ted” and was never seen again. Outside of the police, Meixner has never shared her story. The first two installments on Bundy premiering October 7 explore the stories behind the college-age women from the Pacific Northwest who began to disappear seemingly without a trace and the baffling escapes of Bundy as fear gripped young women across the United States. Part three takes viewers inside the courtroom of the murder trials where Bundy was allowed to interrogate some of his victims and propose marriage to a witness whom he later married. Part four features Bundy’s death row confessions where – in a last-ditch effort to save himself from the electric chair – he finally reveals how he was able to kidnap and murder so many women.

The first episode of How It Really Happened season three, Ted Bundy Part I: “The Girls Are Missing,” is available on HLN On Demand and CNNgo (CNN.com/go and via CNNgo apps for Apple TV, Roku, Amazon Fire, Samsung Smart TV and Android TV) leading up to the linear debut. Subsequent episodes from season three and episodes from previous seasons can be accessed on HLN On Demand and CNNgo following their air dates.

The episode guide for season three can be found below:

Ted Bundy Part I: The Girls Are Missing (airdate: October 7 at 8pm)

In the winter of 1974, college-age women from the Pacific Northwest began to disappear seemingly without a trace. Authorities were baffled – there were no witnesses and no physical evidence. Then on July 14, 1974, after two women went missing from a crowded lakeside beach, a 15-year-old girl came forward with a critical clue. She had been approached by a young, good-looking man who called himself “Ted” and asked her for help. When she refused, the woman next to her went with him… and was never seen again. Among thousands of tips, an unlikely suspect emerged – a political rising star and respected law student named Ted Bundy. While those who knew Bundy were shocked at the accusations, they soon learned there was more fact than fiction to the suspicions.

In the early 1970s, fear gripped the United States when young women in Washington state, Oregon, Utah and Colorado had been found murdered – brutally beaten and sexually assaulted. The main suspect was a handsome, charming former law student named Ted Bundy. He was already serving time for an aggravated kidnapping in Utah and was facing first degree murder charges in Colorado. But Bundy wouldn’t stay behind bars for long – he escaped not once, but twice from authorities. Weeks later, a new reign of terror was unleashed in Florida. A 12-year-old girl was abducted from outside her middle school in Lake City; two women were murdered; and three others were severely beaten in a late-night rampage near the Florida State University campus. This time, however, the killer left a clue – a bitemark on one of the victims. Was that enough to charge Bundy with murder?

Across the United States from January 1974 until February 1978 – young women were disappearing and turning up dead. By the time many of the victims’ remains were found – all that was left were bone fragments. Police searched for clues but had little physical evidence. However, everything would change with the brutal attack on the Chi Omega sorority house at Florida State University. At the school, the killer left behind bodies and clues all leading them back to the same man – a good looking, well-liked law student named Ted Bundy. Authorities were sure Bundy was their man and methodically built their case against him using cigarette butts, clothing fibers, price stickers and a bitemark. Bundy himself helped prepare his defense, but did his amateur lawyering help him beat the rap – or send him to the electric chair?

By 1980 the name “Ted Bundy” was one of the most recognized in the United States for all the wrong reasons. The former law student – who was a rising star in the Republican Party – was believed to have killed dozens of young women across the country. He was eventually convicted in Florida and sentenced to death for the brutal slayings of two college sorority sisters and a 12-year-old girl. Yet through the trials and years of appeals, Bundy maintained his innocence. His legal team did win several stays of execution, but as the clock wound down on his final death warrant, Bundy made a last desperate attempt to save his own life and he began to talk. Were his confessions too little – too late, or a could this last-ditch effort save him from the electric chair?

Jodi Arias was an attractive, small town waitress and aspiring photographer. Travis Alexander was a handsome, devout Mormon and successful businessman… both of them were looking for love. They met in Las Vegas and instantly fell for one another. However, two years after their sexually charged romance began, Alexander was found brutally murdered in his shower at home. He had a slit throat, was stabbed almost 30 times and shot in the head. It was a shocking, bloody crime scene. Who could have committed this vicious act? When police found a camera at the scene depicting his murder, a prime suspect came into view.

In the summer of 2012 Aaron Hernandez was on top of the world. The superstar football player, at only 23-years-old, had signed a 40-million-dollar contract with the New England Patriots and was set up for greatness. But less than a year later, a body was found riddled with bullets a short distance from Hernandez’s home. Forensic evidence and surveillance footage from the night of the murder soon tied Hernandez to the crime scene. It sparked an investigation into the famed athlete that unraveled a mysterious past and history of violent behavior that all led up to a shocking ending that no one could have imagined.

At only 23-years-old she was one of the biggest music sensations and known only by one name. Selena had captivated fans across the country, but the Tejano star and fashion designer’s biggest dream was about to become a reality—an English-language crossover album that would launch her music onto the pop charts. But then, an unexpected and unbelievable tragedy took place. On the cusp of superstardom, Selena Quintanilla-Pérez’s life ended with one fatal shot. The shooter was her fan club president and close friend. Who was this trusted insider who turned on Selena? And why did she do it?

Waco Part I: God, Guns and the Government (airdate: November 11 at 8pm)

In the early nineties the federal government learned that a religious cult called the Branch Davidians and their leader David Koresh were stockpiling illegal weapons. Federal agents raided the group’s compound outside Waco, Texas that sparked a violent confrontation and set into motion one of the most controversial standoffs in American history.

The siege at Waco ended in a fiery hell that killed Branch Davidian leader David Koresh, his followers, wives and children. Television news crews and demonstrators watched in horror as the ranch went up in flames. Oddly, among the witnesses there was Timothy McVeigh who perpetrated the 1995 Oklahoma City bombing. Following the siege, an investigation commenced on who started the fire. Could this tragedy have been avoided?