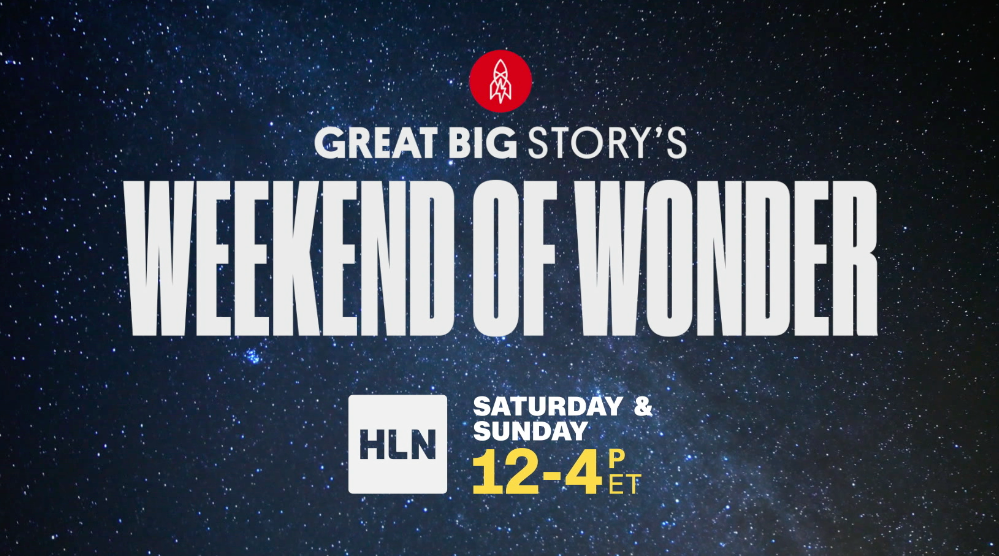 Great Big Story to Premiere 8-hours of Programming on HLN on June 23 and June 24 at 12:00-4:00PM/ET
This Saturday and Sunday, Great Big Story is bringing its stories to linear TV in a special weekend takeover on HLN.

Over the two-day takeover, Great Big Story and HLN will be taking viewers around the globe to visit wondrous places and introduce viewers to the trailblazers, innovators, and risk-takers that inspire us to see the good in humanity.

Each episode will also be available the day after premiere on HLN On Demand via cable/satellite systems, on CNNgo (at CNN.com/go and via CNNgo apps for Apple TV, Roku, Amazon Fire, Samsung SmartTV and Android TV) and on CNN mobile apps.

The 8-hour programming on HLN will be exclusively sponsored by Wells Fargo.