CNN’s “The History of Comedy” Returns For Season Two on Sunday, July 15 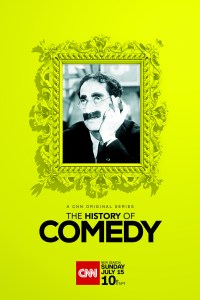 The History of Comedy will stream live for subscribers on July 15 via CNNgo (at CNN.com/go and via CNNgo apps for Apple TV, Roku, Amazon Fire, Samsung Smart TV and Android TV) and on the CNN mobile apps for iOS and Android. The series will also be available the day after the broadcast premiere on demand via cable/satellite systems, CNNgo platforms and CNN mobile apps.