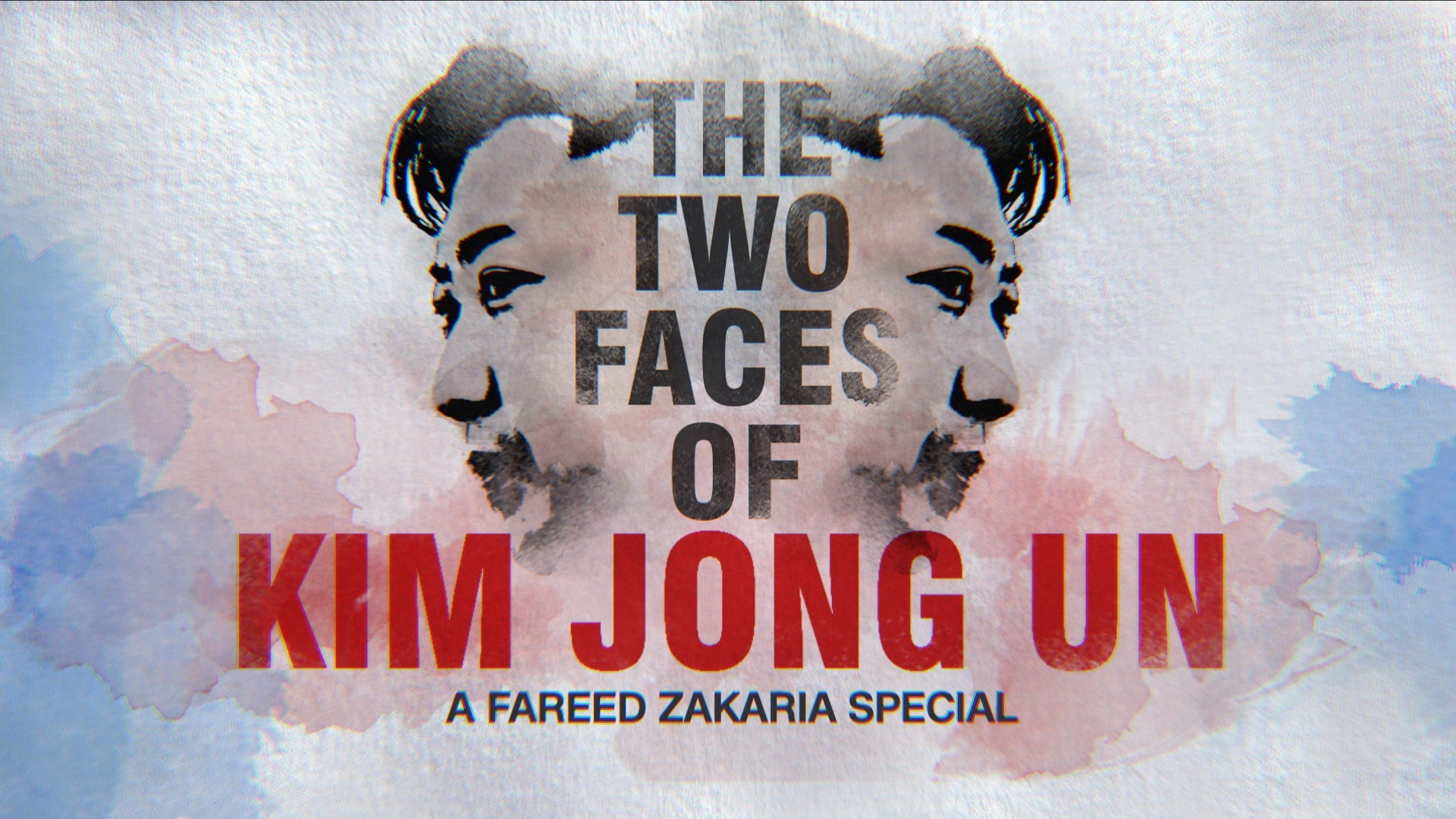 As the world awaits the highly-anticipated summit between the U.S. and North Korea to discuss North Korea’s nuclear disarmament, CNN’s Fareed Zakaria, host of the global public affairs program Fareed Zakaria GPS, will host a new, primetime special, The Two Faces of Kim Jong Un.  The one-hour special will explore both the dramatic changes happening within the so-called Hermit Kingdom, and the unprecedented recent actions of North Korea’s mysterious and brutal dictator.  The primetime special will premiere on CNN/U.S. and CNN International on Sunday, June 10 at 8:00pm; The Two Faces of Kim Jong Un encores at 11:00pm Eastern on CNN/U.S.

Zakaria delves into the biography of Kim Jong Un for clues as to what to expect from the high-stakes Trump-Kim meeting.  Though Donald Trump has referred to Kim as ‘honorable,’ Kim is presumed responsible for the poison assassination of his half-brother, the execution of his uncle by firing squad, and having ordered the deaths of five out of seven of his father’s pallbearers.  The ruthless leader’s legendary cruelty even includes accusations of executions via anti-aircraft weapons.  Kim has also continued his father’s practice of illegitimate detentions of foreign nationals.  In 2017, one such detained American college student was revealed to have been essentially killed while in custody.

“Understanding Kim Jong Un may be one of the most important challenges facing the world today.  He is an absolute dictator, in a tense region, armed with nuclear weapons,” said Fareed Zakaria, host of The Two Faces of Kim Jong Un.  “We’ve tried to get beyond the surface and provide viewers with richness, depth, and clarity.”

Most crucially, Kim has achieved success in developing both nuclear weapons and missile capabilities that can deliver those weapons to other continents.  Yet, in only the first six months of 2018, Kim has seemed determined to present a different face to the world: sending his sister as a diplomatic emissary to the 2018 Winter Olympics in South Korea, releasing three American prisoners, taking meetings with the South Korean and Chinese presidents, and publicly suggesting a desire to ‘denuclearize.’  Inside North Korea, other changes are also happening: million-dollar apartments are under construction, Mercedes Benzes roll down some streets, and some North Koreans are able to express new personal freedoms in dress and behavior.

Zakaria addresses what he sees as the reasons behind Kim’s new face towards the world, as he explores the origins of the fearsome Kim family dynasty and briefs viewers on what seems to motivate the Kims, and gird their reign.  And, Zakaria describes how Kim has been preparing to meet the American president: assiduously studying Trump’s Twitter feed, and reading The Art of the Deal and Fire and Fury.  In recent weeks, Kim has sent conflicting messages: expressions of optimism for peace, belligerent rhetoric followed by expressions of contrition, military threats, and even a personal letter to the American president, hand-delivered by his chief official spy.  As the summit preparations between the two mercurial leaders appear to proceed, and with so much of the world’s interests at stake, Zakaria seeks to answer the critical question: “What does Kim Jong Un really want?”

During the June 10, 2018, premiere on CNN and CNN International, The Two Faces of Kim Jong Un will stream live for subscribers via CNNgo (www.CNN.com/go and via CNNgo apps for AppleTV, Roku, Amazon Fire, Samsung Smart TV, and Android TV) and on the CNN mobile apps for iOS and Android.  The special will also be available on demand via cable/satellite systems, CNNgo platforms, and CNN mobile apps, beginning Monday, June 11, 2018.