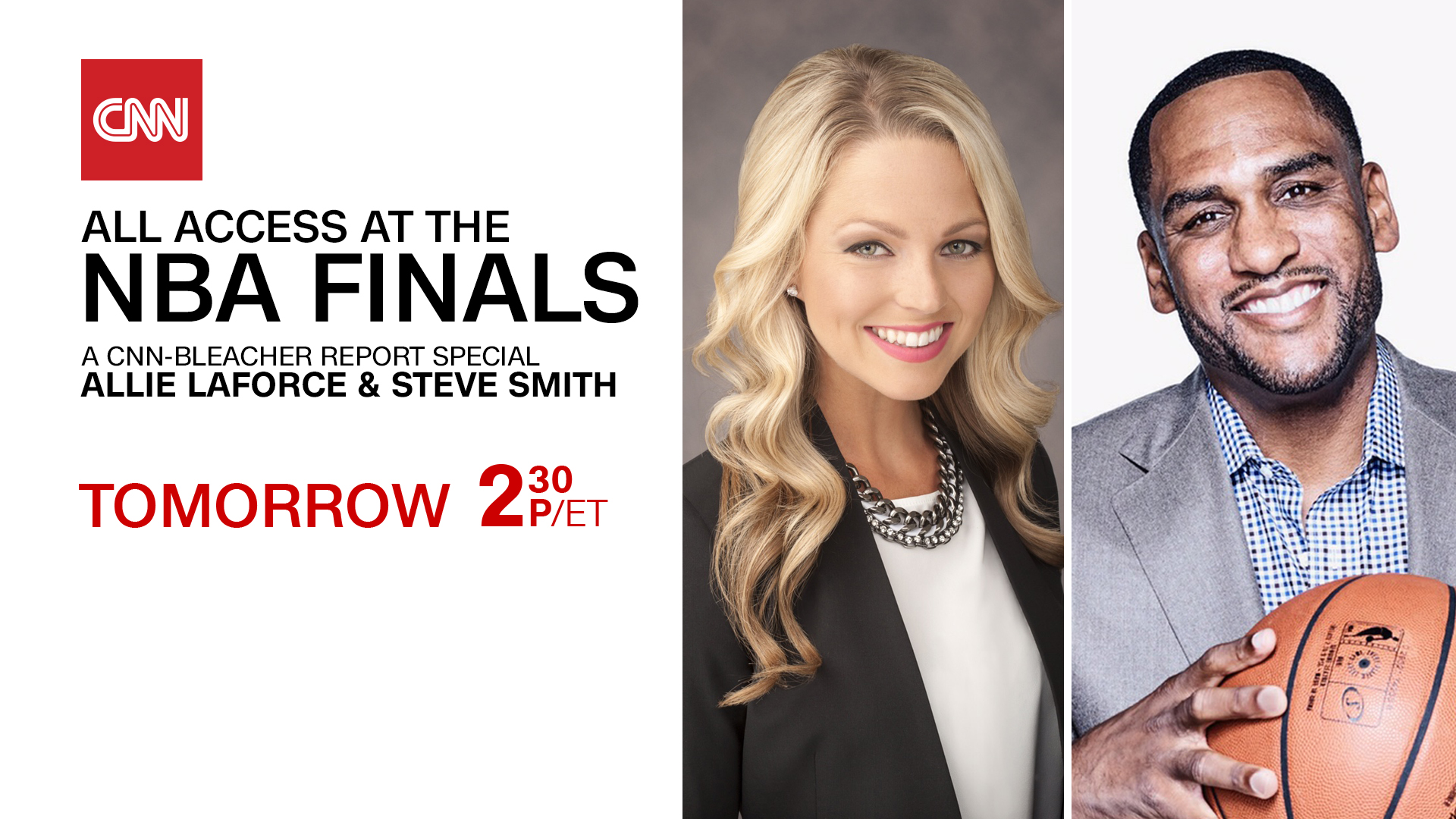 CNN PRESENTS “All Access at the NBA Finals: A CNN-Bleacher Report Special”

From Oracle Arena in Oakland, California, home of the Golden State Warriors, CNN takes you inside the NBA Finals. Join Allie LaForce of Turner Sports and 2003 NBA Champion Steve Smith for an all access look at basketball’s superstars, their families and the key people beyond the court who help fuel a championship run.

The half-hour program will focus on the historic, fourth consecutive meeting of the Golden State Warriors and the Cleveland Cavaliers, featuring an interview with reigning NBA champion Stephen Curry, Warriors shooting coach Bruce Fraser, and NBA on TNT reporter David Aldridge will sit down with MVP Kevin Durant. The program will also bring viewers behind-the-scenes footage of a recent Warriors team visit to the San Quentin prison.

On the Cavaliers side, CNN Sports host Vince Cellini will visit his hometown of Cleveland to gage how fans are feeling about the rematch, and hosts will analyze the question everyone is asking: Is NBA superstar LeBron James, who is playing in his eighth straight final, the best player in league history?

“All Access at the Final Four: A CNN-Bleacher Report Special” airs on CNN, Saturday, June 2 at 2:30PM/ET.