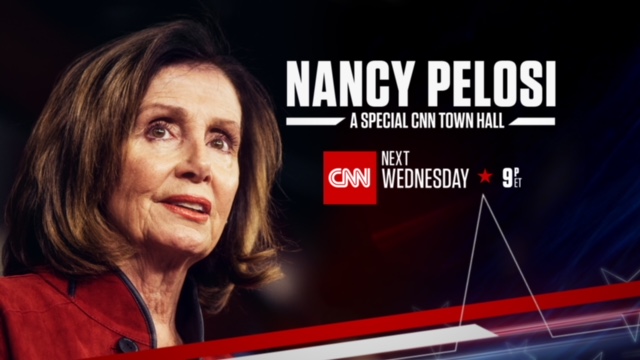 During the one-hour Town Hall, Leader Pelosi will answer questions from a live studio audience and Cuomo centered around major issues facing the U.S. including President Trump’s decision to withdraw from the Iran Nuclear Deal, pending legislation on the fate of DACA recipients, and the upcoming meeting between President Trump and North Korean Leader Kim Jong Un.

The Town Hall will be broadcast in the United States on CNN US, around the world on CNN International, CNN en Español as well as CNN SiriusXM Channels 116, 454 and the Westwood One Radio Network. The program will also be made available to the American Forces Network, seen on U.S. military installations around the world.

In addition to live television viewing, the Town Hall can also be viewed via CNNgo at CNN.com/go and via CNNgo apps for Apple TV, Roku, Amazon Fire, Samsung Smart TV and Android TV along with all CNN mobile apps for iOS and Android.