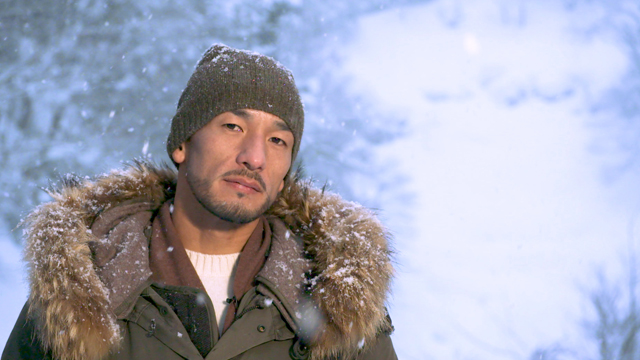 Hidetoshi Nakata is one of Japan’s most recognizable stars. A veteran of three World Cups, he retired from football in 2006, when he was just 29. Now, more than decade after his final professional match, Nakata is once again representing Japan, this time as an ambassador for the country’s traditions and master craftsmanship.

This month on Talk Asia, Nakata takes CNN correspondent Will Ripley on a journey to explore the refined world of sake, a Japanese alcohol made from rice. In snowy Yamagata Prefecture, CNN visits the famed Takagi Brewery, an institution with a history dating back to 1615. In Tokyo, CNN meets some of Japan’s most renowned chefs, who explain why sake embodies the true Japanese flavor to be shared with the world.

Highlights from the 30-minute episode:

On his football career

“To be honest with you, to become a football player was not my dream but I loved football and I just wanted to be better. That’s it. I just keep training, enjoying, training hard. It doesn’t matter if I play World Cup, if I won some championships, it doesn’t matter.”

On why he travelled around Japan

“All my life I just played football basically. Of course, I studied but nothing about Japan. When I came back to Japan, age 32, 33, I was wondering about Japan because I traveled a lot all over the world. Every country I went, of course firstly people ask me about football. Then secondly, people always asked me about Japan. I love to travel because I want to know, today’s Japan. Not history. So, I decided to travel all 47 prefectures, one car. And I thought maybe it’s going to take 3-4 months, but actually it took me seven years to finish.”

On the challenges of craftsmen and his role

“Today from all over world, craftsmen are disappearing because they are losing their value. People don’t know about them. Today, they need to do everything because time has changed. So, on the other hand, there are so many people who want to know about Japan, Japanese culture, craftsmen, their artists, but there is no connection between. So, I thought I could be a bridge between them.”

On his next chapter

“I never know but I want to be a better person every single day. That’s why I do 100% what I can do every day because I don’t need to save my energy for tomorrow. Tomorrow’s another day. Then, if it comes, I’ll think about it.”

“People don’t need to remember about me. I’d just like to disappear as clouds. It’s like the same as nature. It comes, it goes, but it makes people happy. Let’s say, wind. You can’t see it, but sometimes it makes you happy.”