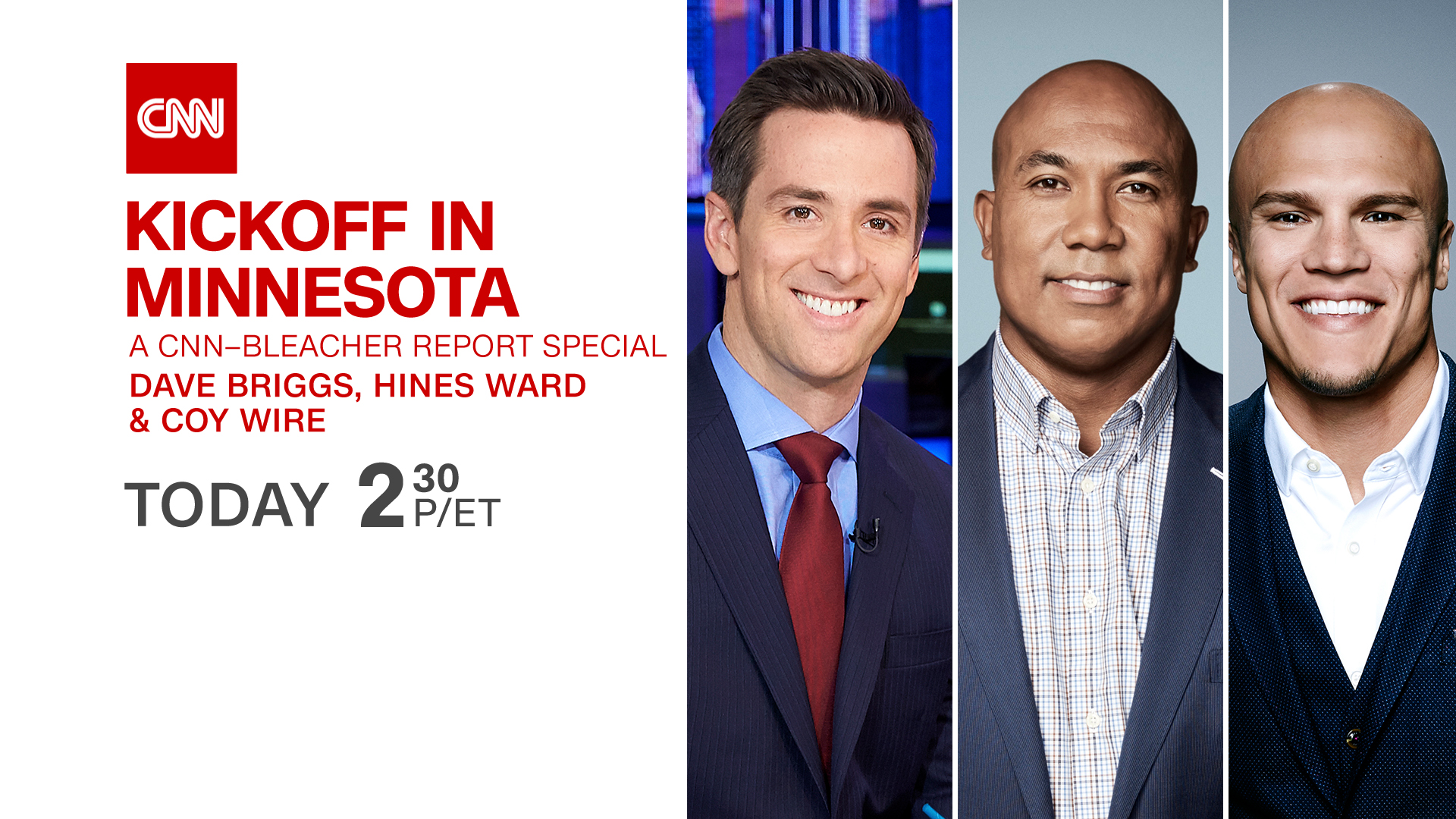 Kickoff in Minnesota: A CNN-Bleacher Report Special will showcase the unique access CNN has this week as one of only three media outlets broadcasting from Super Bowl LIVE, the official NFL fan festival. Hines Ward, Super Bowl 40 MVP, and Coy Wire, former Buffalo Bills and Atlanta Falcons team captain, will give viewers the secrets behind the success of the Patriots and the Eagles.

Additionally, Houston Texans’ defensive end J.J. Watt will join the show to offer his gameday predictions and updates on his Houston flood recovery efforts.  The special will also feature four-time Super Bowl quarterback  Jim Kelly, who has battled cancer and is now positively impacting so many others who are fighting the disease.