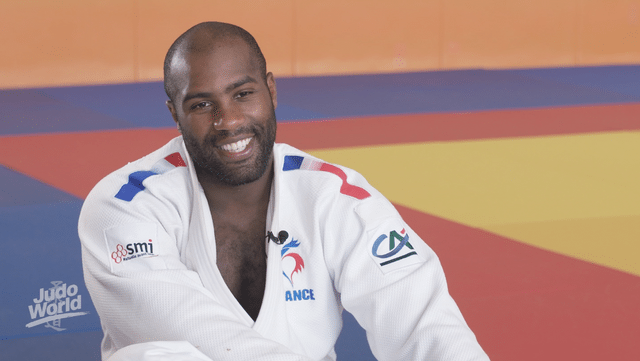 This month’s programming highlights on CNN International, including shows such as Living Golf, Supercharged and Judo World:

In this month’s episode of Judo World, host Rhiannon Jones heads to the French capital for another key event in the Judo calendar – the Paris Grand Slam.

Jones sits down with judo legend Teddy Riner, who has recently signed for Paris Saint-Germain. The ten-time world champion and three-time Olympic gold medallist used to train there as a child, before the club closed its judo facility in 2002.

Now reopening, Riner is tasked with choosing and training the next generation of judoka who will represent France on the tatami around the world.

The programme also visits the restaurant of Michelin-starred chef and judo super fan Thierry Marx as he works with disadvantaged young people on judo outreach programmes. Marx tells the programme he feels passionate about fitness and credits judo with helping to calm his temperament in the kitchen and keeping his body and mind acting as one.

Also on Judo World, the programme meets Czech judoka Lukas Krpalek. Having won every major accolade in his sport, Krpalek recently made the decision to move up a weight category and face some of the toughest opponents in judo. He explains how his tactics have changed and why he has one heavyweight in his sights: ten-time world champion Teddy Riner.

In a special theme week of reporting, Biz:frontiers explores the companies at the cutting edge of technology, that are driving the changes of the future.

The programme heads to Hyderabad, India, to meet the engineers behind GMW, a pioneering manufacturer of Li-Ion vehicle batteries aiming to help the country meet its goal of making every vehicle electric by 2030.

Samuel Burke tests Travis the Translator, an innovative pocket translation device, at the Consumer Electronics Show in Las Vegas and goes on a journey to meet its creators in Rotterdam.

The programme also meets the people behind Plenty, a California-based start-up company which plans to build an indoor urban farm in every city in the world with a population over one million.

In Paris, the programme explores the future of augmented reality platforms and the benefits AR can provide for consumers, retailers and creators alike.

In the final segment of Biz:frontiers, the programme explores the future of 5G technology and software applications which would benefit from vastly increased speeds and improved latency. At King’s College London, the programme meets the engineers developing a virtual glove for remote surgery, where medics can conduct operations across continents with touch response speeds allowing ever more complex procedures.

On this month’s episode of Living Golf, the programme looks ahead to the Ryder Cup and Europe’s plans to win back the trophy from the United States.

Host Shane O’Donoghue sits down with Europe’s captain, Thomas Bjorn, to hear his thoughts on the captaincy and how he plans to prepare his team.

Living Golf follows Bjorn to Kuala Lumpur, Malaysia, for the EurAsia Cup as he looks at players for possible Ryder Cup selection. While at the event, the programme also speaks to Henrik Stenson, Tommy Fleetwood, Tyrell Hatton and Paul Casey to find out how they prepare for match play golf and what it would mean for them to be a part of Bjorn’s Ryder Cup team later this year.

Finally, Shane O’Donoghue looks at Europe’s opposition and the American players who are aiming to make captain Jim Furyk’s team. Although they haven’t won on European soil since 1993, they’re already tipped as the hot favourites to win in France. O’Donoghue analyses the strengths and weaknesses of the potential USA team.

On this month’s episode of Supercharged, host Nicki Shields travels to Santiago for Formula E’s inaugural race in Chile.

The programme meets reigning champion Lucas Di Grassi to find out why the points have eluded him in the season so far.

Also in the programme, Shields travels 1,000 kilometres north of Santiago to see where a crucial component of electric vehicles is mined at the Centinela Copper Mine.

Shields also meets the only electric vehicle manufacturer on Chilean soil, Soki, and takes the vehicle for a spin.

This month’s Winning Post delves into the history of horse racing in Qatar and finds out how, through ownership and sponsorship, the emirate is quickly establishing itself as one of the industry’s most influential supporters.

Host Aly Vance visits one of Qatar’s leading breeding and training operations, founded by Sheikh Mohammed Bin Khalifa Al Thani, to find out more about the horse racing industry in the country. Vance also explores the Qatari’s age-old affinity with their native breed of Arabian horses, the fore founders of the modern-day thoroughbred, whose bloodlines can be found in nearly every racehorse.

In the build up to the Emir International Equestrian Sword Festival, which this year takes place at the Al Rayyan Racecourse, Vance finds out how investment in globally renowned meetings in the UK and France has helped make the festival what it is. She also spends time with jockey Harry Bentley, who for the last three seasons has been competing in Doha, to find out whether the capital’s opulent lifestyle extends to those that ride there.

South Korean actor Gong Yoo is one of Asia’s most popular and in-demand actors today. He captivated television audiences in the hit drama “Goblin” and left moviegoers shaking in their seats in the zombie flick “Train to Busan”, which premiered at the Cannes Film Festival in 2016.

This month on Talk Asia, host Anna Coren sits down with Gong Yoo in Seoul to talk about his life outside of acting, the roles that propelled him to game and to find out why he describes himself as a “reluctant celebrity”.