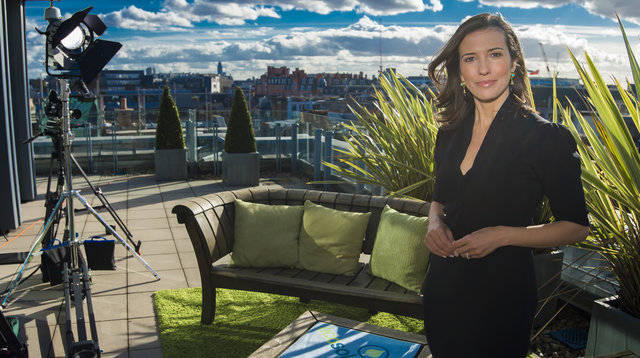 This month’s programming highlights on CNN International, including shows such as Eco Solutions, Supercharged and CNN World Rugby:

In January, Eco Solutions heads to five locations around the globe to meet some of the people at the forefront of renewable energy. In a special theme week, ‘Renewables on the Rise’, host Isa Soares attends the World Future Energy Summit in Abu Dhabi to learn more about the future of green energy.

In the UK, CNN uncovers why solar investment is booming at Clayhill solar farm – the first UK solar project to be completed without help from the government. In Southern California, CNN meets Nathan Lewis, whose team are creating a prototype of an ‘artificial leaf’ that emulates natural photosynthesis and coverts solar energy into a usable, clean chemical fuel.

In Germany, the programme meets two of the companies pioneering new technologies in nuclear fusion and battery storage. CNN also explores the hydropower potential of The Three Gorges Dam in China.

Along the stretch of Mediterranean in southern France, you’ll find coveted beaches and beautiful coastline. You’ll also find a sporting passion unrivalled in the rest of the country, and on par with many places in Europe.

It’s not football but rugby that reigns supreme here, and with the 2023 Rugby World Cup recently awarded to France, it’s from this region that the country hopes to once more find success on the world stage.

On the next episode of CNN World Rugby, host Christina Macfarlane travels through southern France to visit some of the most successful clubs in Europe, including RC Toulon, and Stade Toulousain, where a focus on the youth academy run by a former French rugby legend is building hope for the future.

On this month’s episode of Supercharged, host Nicki Shields travels to Marrakech for the latest round of electric motorsport from Formula E.

At Circuit Moulay El Hassan, Shields meets Eduardo Mortara, one of the most recent additions to the Formula E family – who narrowly missed first place in the Hong Kong ePrix last month and is one to watch during Formula E’s fourth championship.

This month’s Winning Post discovers why thoroughbred breeding in South Africa is booming, but it’s horse racing industry is still failing to make its presence felt on the international stage.

South Africa’s racing calendar kicks off in style in Cape Town during the first weekend in January. With just days to go before the L’Ormarins Queen’s Plate festival, host Aly Vance visits Kenilworth Racecourse’s equine quarantine station to find out how the country’s on-going battle with African Horse Sickness, and the severity of the resulting export policies, are preventing home grown talent from competing abroad.

The import of breeding stock, however, is something that has been encouraged since the second British occupation back in 1806. In the modern era Highlands Stud, which has been at the forefront of sales for twenty years, is continuing to secure the country’s racing legacy with the introduction of global talent into the local gene pool. Whilst visiting the farm in Robertson Valley, Vance gets to meet one of their latest acquisitions Canford Cliffs who’s been brought over from Coolmore Stud in Ireland this year.

The programme concludes by returning to Kenilworth on race day to experience the vibrancy of a South African meeting and having witnessed the 157th renewal of the Queen’s Plate, Vance’s journey ends riding on the beach with trainer Justin Snaith whilst previewing the next big race of the summer season: the Sun Met.