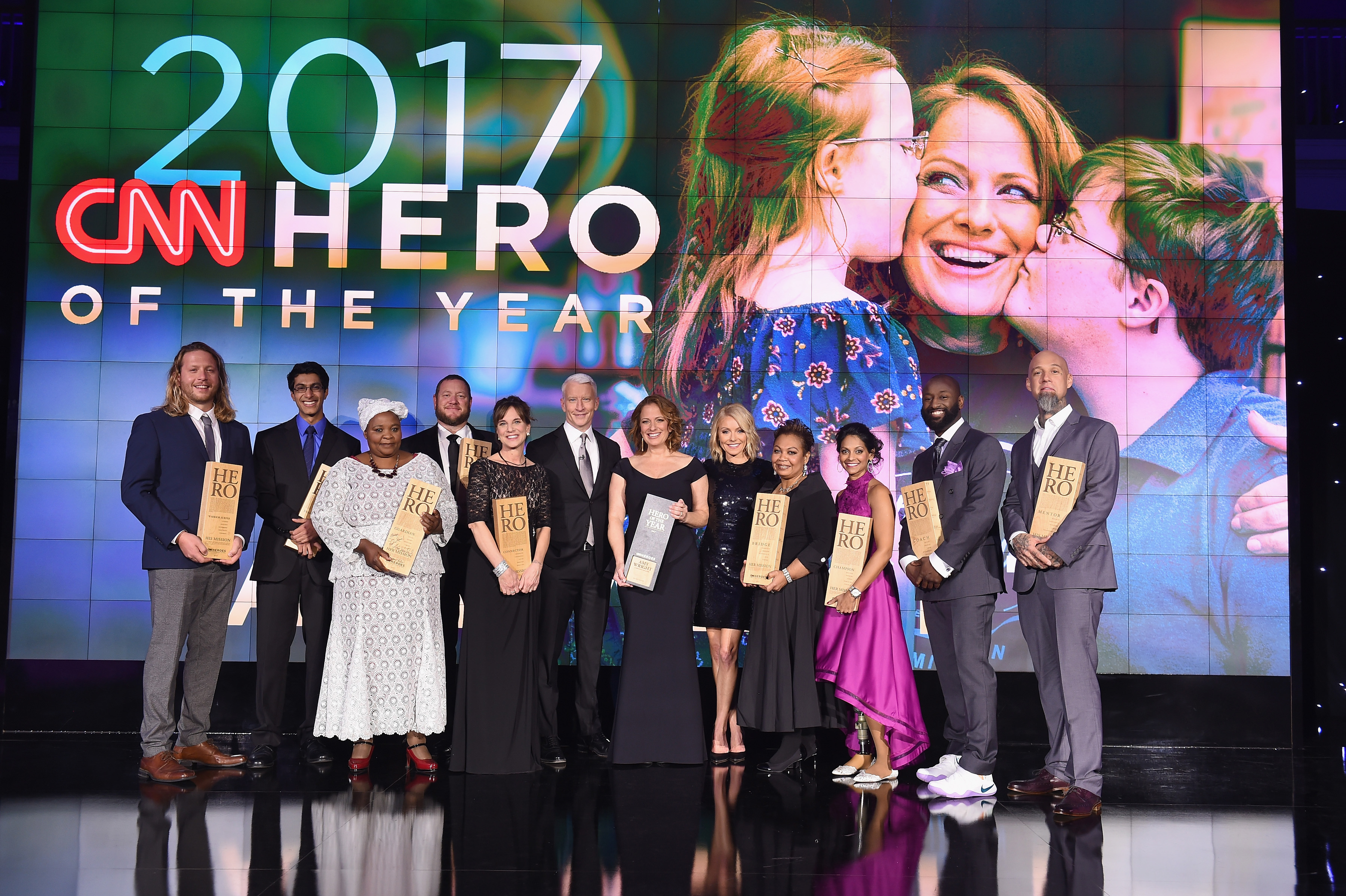 Amy Wright Named the 2017 CNN Hero of the Year

Amy Wright, who offers employment to people with intellectual and developmental disabilities, has been named the 2017 Hero of the Year. Hosted by CNN’s Anderson Cooper and Kelly Ripa, the 11th annual CNN Heroes: An All-Star Tribute aired live tonight from New York City.

As a mother of two children with Down Syndrome, Amy Wright was dismayed when she realized that a large percentage of adults with intellectual and developmental disabilities (IDD) do not have jobs. Today, at Bitty & Beau’s Coffee, located in Wilmington, North Carolina, Wright’s nonprofit, ABLE to WORK USA, employs 40 people with IDD enabling them to earn a paycheck, gain a sense of pride, build relationships with the community and show that they are capable members of today’s workforce.

While accepting her award, Wright stated “People with disabilities have been in the shadows for too long, but no more.”

Wright was presented with her honor earlier in the night by actress Diane Lane.

Each of the Top 10 CNN Heroes will receive $10,000 in recognition of their work. After winning the global vote, Wright will receive an additional $100,000 grant to further aid ABLE to WORK USA.

The ceremony also featured Grammy-nominated power vocalist Andra Day and Academy Award and Grammy-winning hip-hop artist Common, who performed their Grammy-nominated song “Stand Up for Something” from the film “Marshall.”

In addition to the TV airings, “CNN Heroes: An All-Star Tribute” will also stream live for subscribers on December 17th via CNNgo (at CNN.com/go and via CNNgo apps for Apple TV, Roku, Amazon Fire, Samsung Smart TV and Android TV) and on the CNN mobile apps for iOS and Android.  “CNN Heroes: An All-Star Tribute” will also be available on demand via cable/satellite systems, CNNgo platforms and CNN mobile apps beginning December 18th.