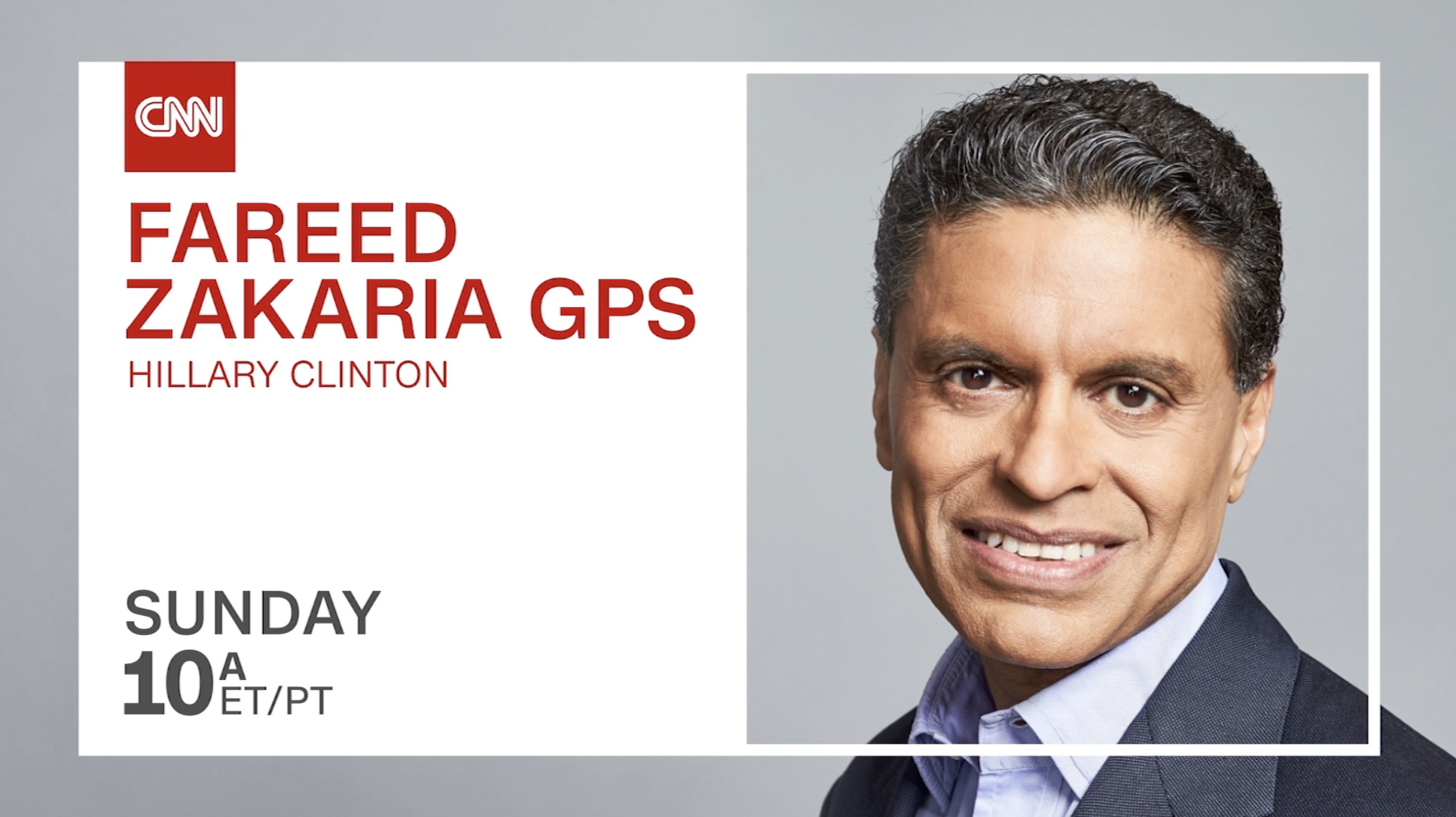 Hillary Clinton interviewed by Fareed Zakaria for Sunday, Oct. 15 at 10:00am Eastern and Pacific

The interview covered the subjects of Iran, North Korea, Mrs. Clinton’s relationship with Vladimir Putin, what happened in the 2016 American presidential election; sexism in America; and her toughest life moments.

This special edition of Fareed Zakaria GPS will air Sunday, Oct. 15 at 10:00am Eastern and Pacific on CNN/U.S. and at 3:00pm Eastern on CNN International in North America.