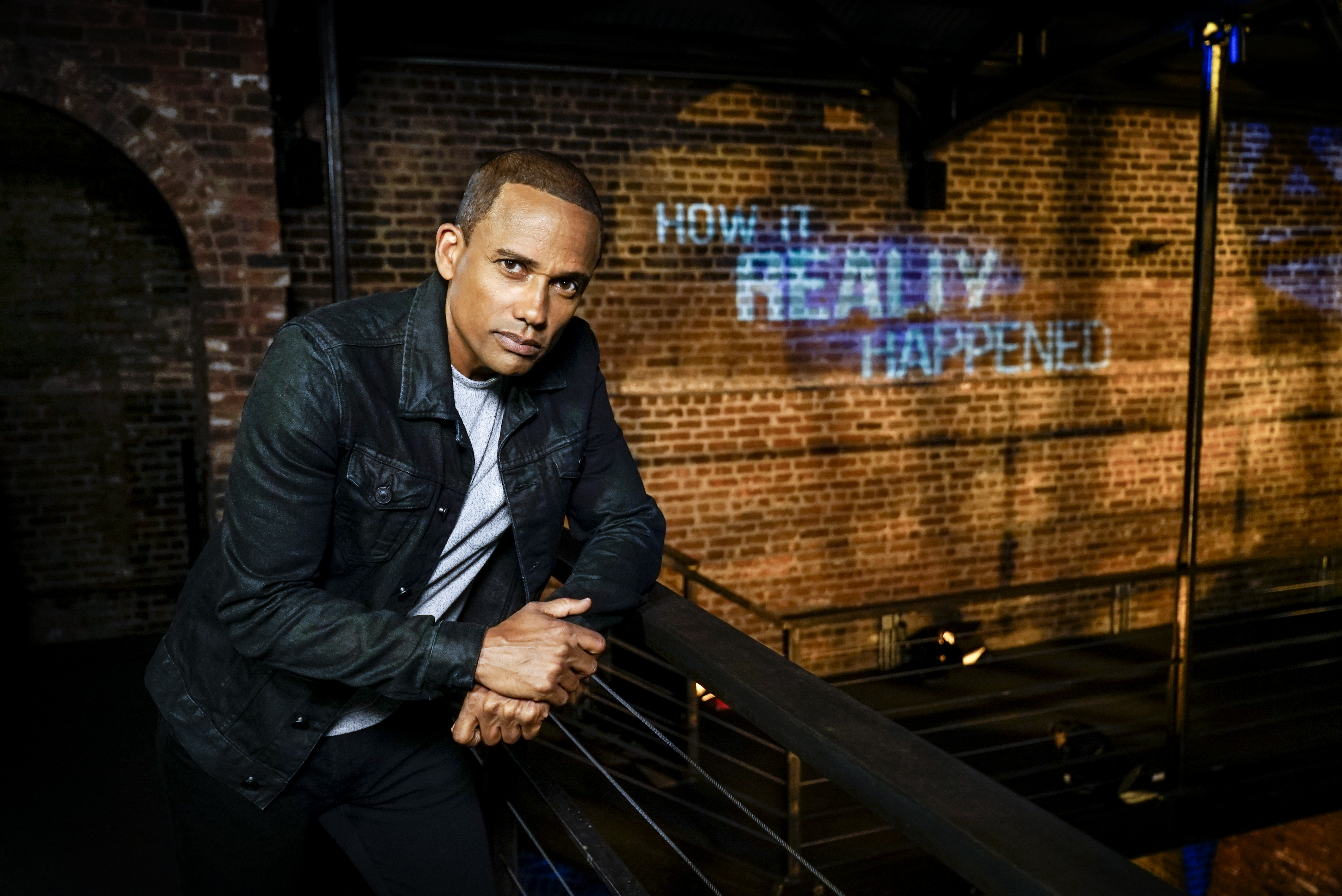 The new season leverages CNN/HLN anchors and correspondents who offer expert analysis on the news stories they covered on-the-ground combined with historic footage from the CNN archives. Rare interviews with family, friends and investigators involved in the cases add depth to the stories as they share personal memories and anecdotes.

How It Really Happened with Hill Harper is the first series for HLN produced internally by the CNN Original Series team under the direction of Amy Entelis, executive vice president of talent and content development, CNN Worldwide, and Nancy Duffy, vice president of program development for CNN. Season one premiered Friday, January 27, 2017 and featured the Menendez brothers murder trial, fatal plane crash of JFK Jr., mysterious death of Anna Nicole Smith and more.

The series will air regularly on Sundays at 9pm ET/PT following The Hunt with John Walsh at 8pm, and be available On Demand the day after the linear premier on cable VOD. Episodes will additionally replay on HLN the following Tuesdays at 9pm ET and Fridays at 10pm.

The Casey Anthony Story, Parts I and II (airdate: Oct. 15, two-hour premiere – with limited commercial interruptions) In 2008, two-year-old toddler, Caylee Anthony, vanishes. Her mother, Casey Anthony, tells investigators Caylee has been kidnapped by her nanny, a woman Anthony’s family has never actually seen. Why was Anthony lying? And where was Caylee? This extraordinary two-part episode follows the twists and turns of this bizarre case, and unbelievable trial.

The Gianni Versace Murder (airdate: Oct. 22) Celebrity fashion designer Gianni Versace is gunned down in broad daylight on the steps of his Miami Beach mansion in 1997. After a massive manhunt, police discover Versace is just one victim of a serial killer on a cross-country murder spree. How did the fashion icon wind up in the crosshairs of a crazed killer? Was Versace being stalked? Those closest to Versace – and his killer Andrew Cunanan try to unravel the mystery.

The Mystery of Heaven’s Gate (airdate: Oct. 29) In the mid-1970s, hundreds of people begin disappearing without a trace. Distraught families are left wondering about their loved ones for decades, until March of 1997, when shocking news about a mysterious religious group makes headlines around the world. Told through exclusive interviews with those who experienced this event firsthand…this episode follows the story of Heaven’s Gate.

Who Killed Chandra Levy? (airdate: Nov. 5) In Washington, DC, May 2001, 24-year-old intern Chandra Levy vanishes into thin air. Police find her cell phone in her apartment and no sign of a struggle. Who saw her last? Where did she go? Chandra had a secret, did that have anything to do with her disappearance? This episode reveals the new clues of a murder mystery that remains unsolved.

The Strange Case of the Killer Nanny (airdate: Nov. 12) An eight-month-old baby is fatally injured while in the care of a family’s au pair, Louise Woodward. Was it child abuse or a tragic accident? Doctors suspect the former, a case of ‘shaken impact syndrome,’ and detectives arrest the infant’s 19-year-old British nanny who cared for him in the hours and minutes before his demise. But, was the baby’s death a case of intentional murder or a tragic accident that occurred under Woodward’s watch?

George Michael’s Final Days (airdate: Nov. 19) George Michael’s life as an international super star comes to a mysterious and tragic end on Christmas Eve 2016. Family and fans are shocked by his sudden death. There are so many unanswered questions. Who was with Michael in those final hours? What happened the night he died? What did the coroner find was the actual cause of death?

The Clinton-Lewinsky Scandal, Parts I and II (airdate: Dec. 3, two hours) It was the shocking affair that nearly toppled a presidency. Bill Clinton and a 21-year-old White House intern, Monica Lewinsky. The scandal would make household names of Linda Tripp and Ken Starr…and change how the media covers the President of the United States. This special two-part episode features extraordinary interviews with Clinton’s advisers, White House journalists, and other key players.

Did Scott Peterson Murder Laci? Parts I and II (airdate: Dec. 10, two hours) A small town, seemingly perfect couple with a new baby on the way sounds like a recipe for a happy life. Not in this case, not even close. A tale of murder, adultery, courtroom drama and ultimately the death penalty. The story of Scott and Laci Peterson as told by those who lived it. Did Scott Peterson murder Laci?