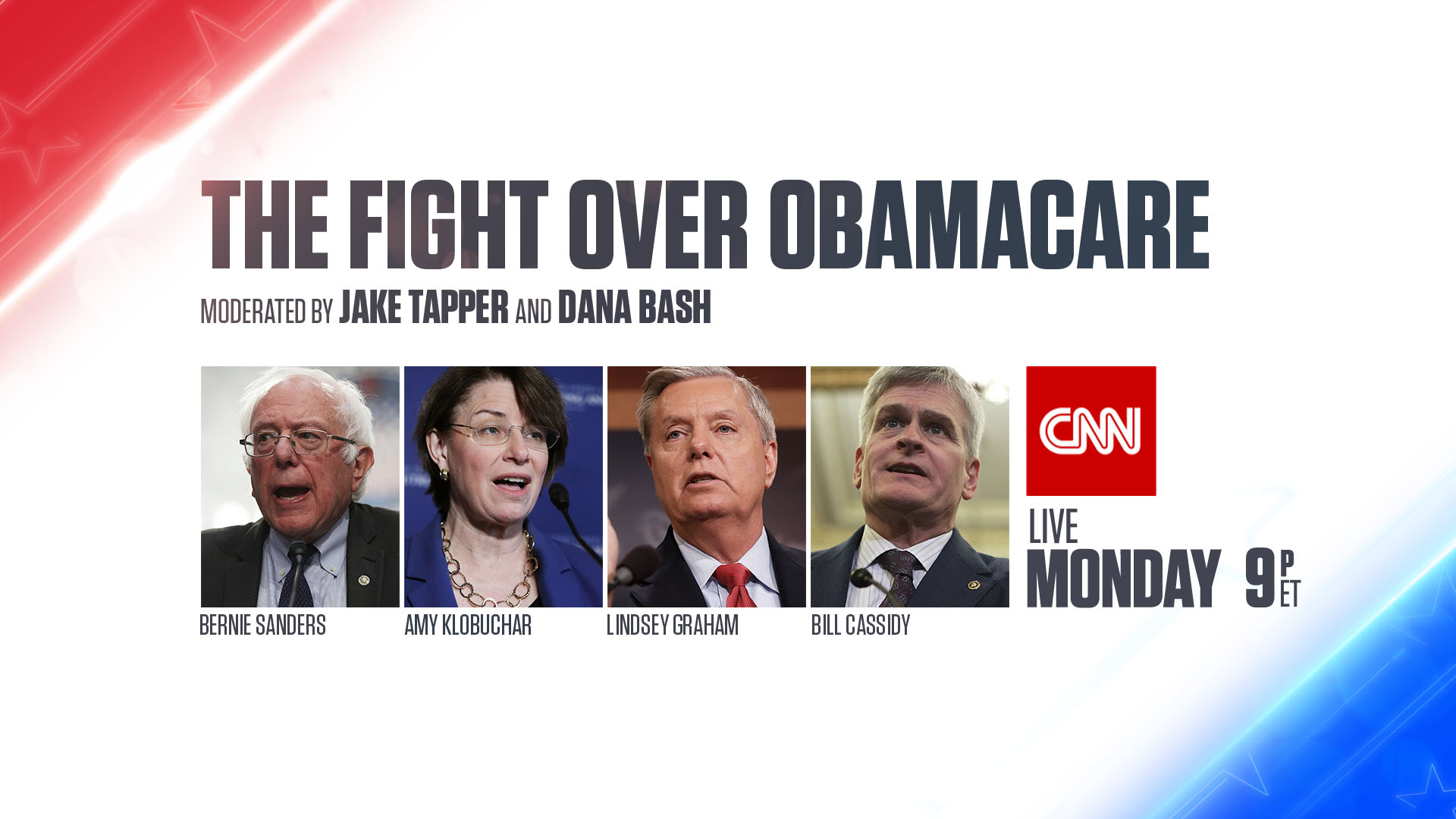 Sens. Graham and Cassidy to Face Off Against Sens. Sanders and Klobuchar on Sept. 25

SENATORS GRAHAM AND CASSIDY TO FACE OFF AGAINST SENATORS SANDERS AND KLOBUCHAR IN A CNN TOWN HALL DEBATE ON SEPT. 25

With a critical deadline looming, Graham and Cassidy, architects of the Republicans’ latest healthcare proposal, will debate Sanders and Klobuchar on the merits of the plan that would repeal and replace Obamacare.

The Town Hall Debate will air on CNN, CNN en Español, CNN International, stream live for subscribers via CNNgo (at CNN.com/go and via CNNgo apps for Apple TV, Roku, Amazon Fire, Samsung Smart TV and Android TV) and on the CNN mobile apps for iOS and Android. The town hall debate will also air on CNN’s SiriusXM Channel 116. The Town Hall Debate will also be available Sept. 26 on demand via cable/satellite systems, CNNgo platforms and CNN mobile apps.