‘Across America with Carol Costello’ (11am ET) and ‘S.E. Cupp Unfiltered’ (7pm ET) Join the Network 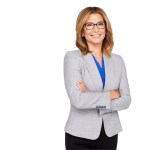 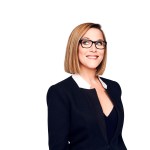 “Adding Carol and S.E. to HLN further strengthens our powerful bench of journalists and hosts, and delivers on the network’s promise to add more live hours of news programming,” said Jautz. “Carol and S.E. are two of the most respected and recognized voices in the business, and we’re excited to bring their smarts and passion to the HLN audience.”

“Across America with Carol Costello” covers news as it happens, and tackles the most talked about stories of the day. Combining her award-winning reporting and distinct voice, Costello discusses current issues that directly affect communities by highlighting what matters most to Americans and asking the tough questions they want answered.

Costello joins HLN from CNN where she served as anchor of “CNN Newsroom.” Her new daily show is live from Los Angeles. She is also a regular contributor to CNN.com. Peter Kaplan serves as executive producer based in Atlanta.

Andy Levy joins “S.E. Cupp Unfiltered” as a senior producer and panelist appearing regularly on the show. Most recently, he was a co-host of Fox News Channel’s “Red Eye” and a Fox News analyst on the network since joining in 2007. Special guests including radio personalities, political pundits, comedians, and journalists will frequently join the roundtable for daily discussions.

Prior to joining HLN as a host and CNN as a political commentator, Cupp co-hosted “Crossfire” on CNN and “The Cycle” on MSNBC. She continues to be a nationally syndicated political columnist, culture critic and author writing regularly for the New York Daily News, Glamour and CNN.com. Her new nightly program is live from New York. Conway Cliff serves as executive producer.