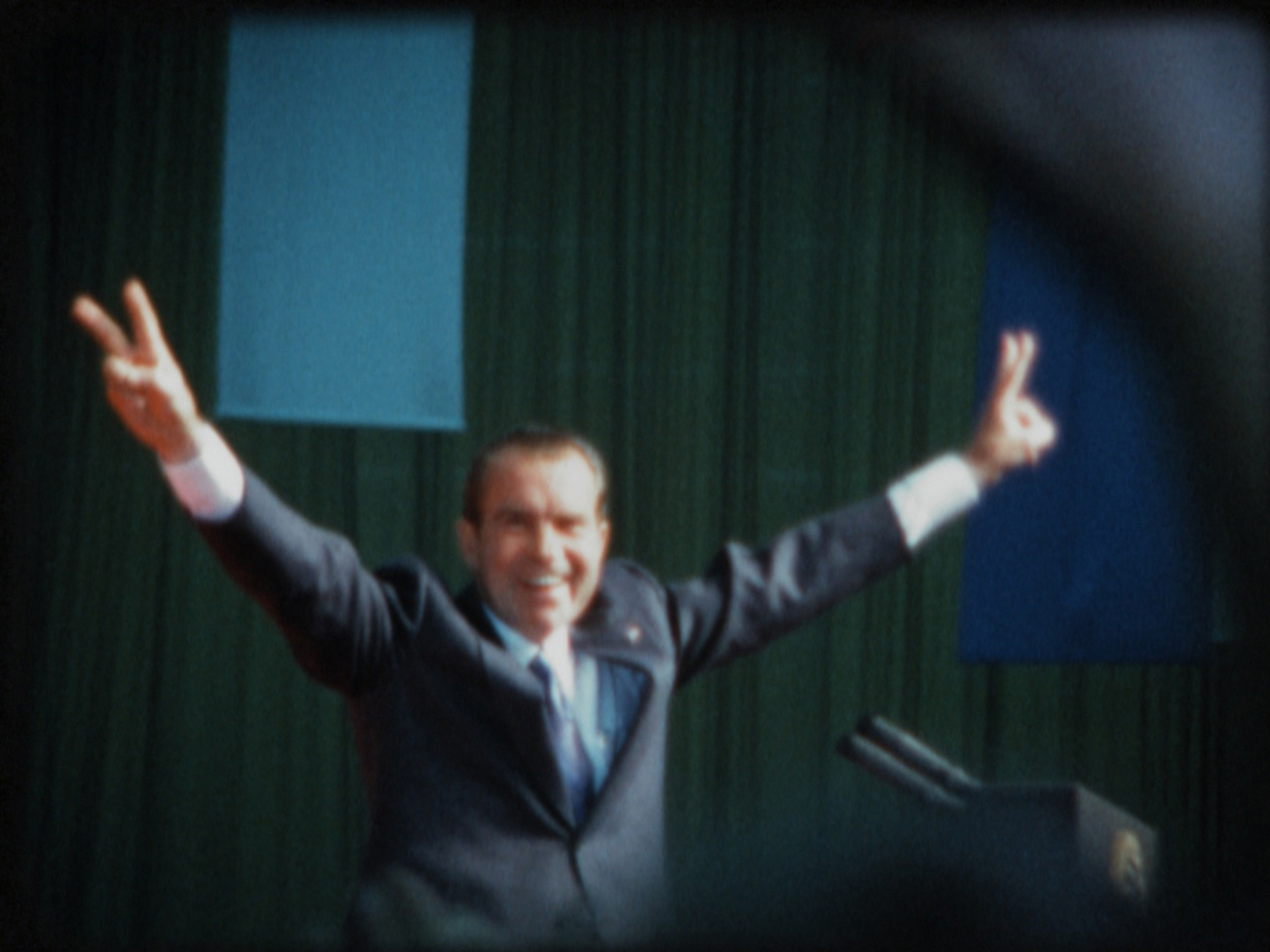 45 years after a break-in at the Democratic National Committee offices at the Watergate building complex in Washington, D.C., CNN Films will air Our Nixon, an intimate portrait of the 39th president’s time in office told wholly through archival footage.  The two-hour film will air Saturday, July 01, beginning at 8:00pm Eastern.  Our Nixon is co-produced by Brian Frye and Penny Lane.

Much of the film’s footage was shot by three of Nixon’s top White House aides, H.R. Halde­man (Chief of Staff, 1969-1973), John Ehrlichman (Assistant to the President, Domestic Affairs, 1969-1973), and Dwight Chapin (Deputy Assistant to the President, 1969-1973).  Throughout Richard Nixon’s presidency, the men documented their experiences with Super 8 home movie cameras for a unique and personal visual record of their lives and work with Nixon.  The result is an intimate and com­plex depiction of the Nixon presidency as rarely seen.

Our Nixon will also stream live for subscribers via CNNgo (at www.CNN.com/go, and via CNNgo apps for AppleTV, Roku, Amazon Fire, and Samsung TV), as well as via the CNN mobile apps for iOS and Android.  The film will be available for streaming via CNNgo beginning Sunday, July 2 through Dec. 31, 2017, via CNNgo platforms, and CNN mobile apps.