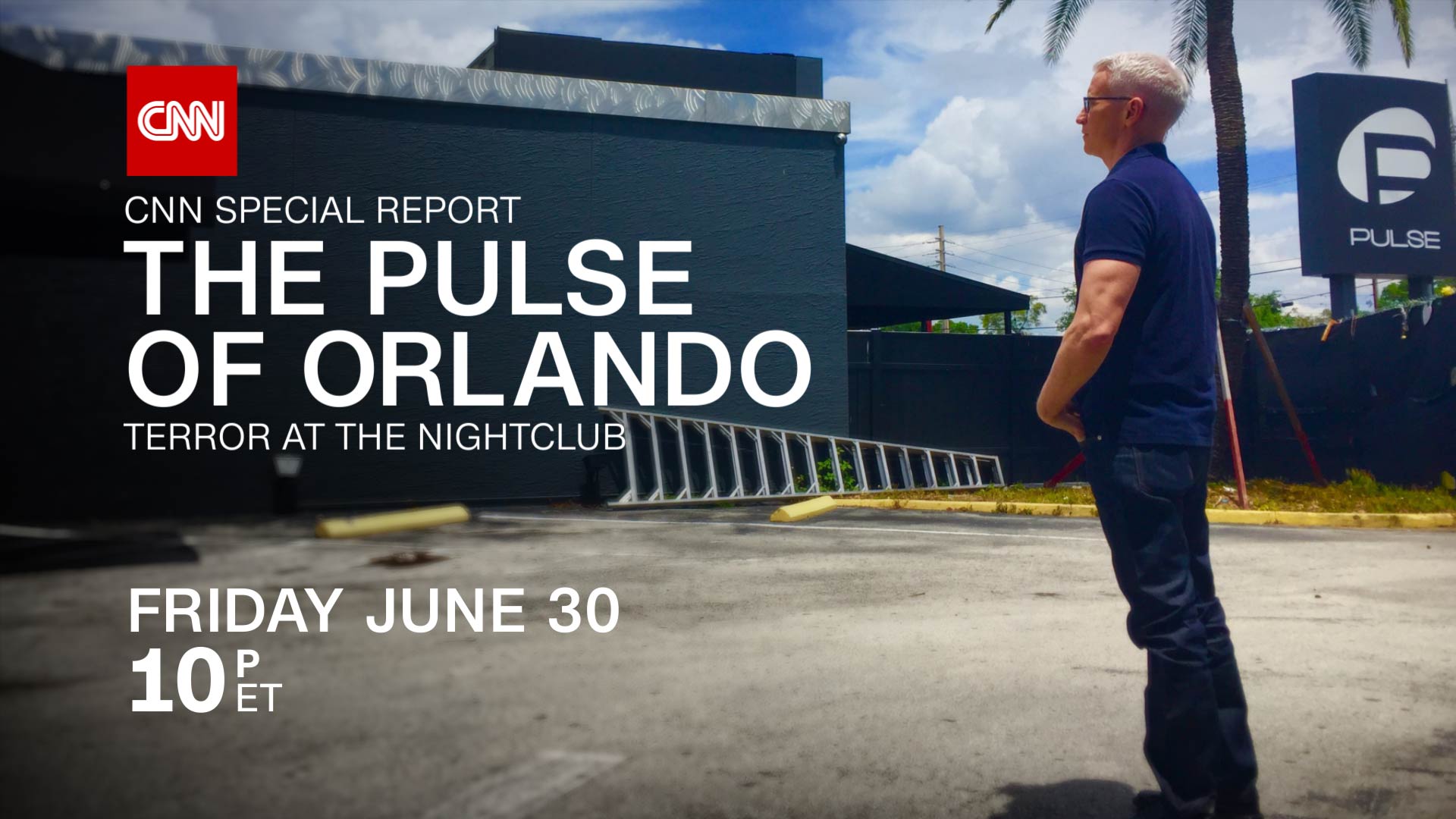 THE PULSE OF ORLANDO: TERROR AT THE NIGHTCLUB

On June 12, 2016, forty nine people were murdered and dozens more injured at the Pulse nightclub in Orlando, Florida. It was one of the worst mass shootings in United States history. The attack left 49 families grieving, as well as survivors and first responders reeling from the horrors they witnessed.  In the year since, many of those touched most deeply by this tragedy have found purpose in their pain and turned their grief into action.

In a moving one hour special, Anderson Cooper returns to Orlando and revisits this painful chapter of American history. Cooper helps tell the stories of what happened that night, and what has happened since in the lives of a number of people touched by the tragedy, including Christine Leinonen, mother of Christopher Andrew Leinonen, who was killed that night, as well as survivor Angel Colon, first responder, police officer Omar Delgado, and Pulse owner Barbara Poma.

“This was the deadliest terror attack in the United States since September 11th, and sickening assault on the LGBT community,” said Cooper. ” We wanted to remember the lives lost, and reconnect with many of those we first met one year ago.”

The Pulse of Orlando: Terror at the Nightclub, a CNN Special Report will air Friday, June 30th, at 10pm ET.