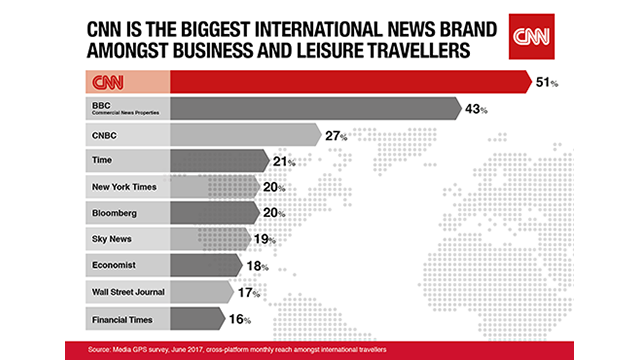 No other international news media comes close to CNN in engaging with global business and leisure travel audiences, according to the inaugural Media GPS survey, conducted by international research consultancy BDRC Group, which has studied the trends of 9.9 million weekly international travellers. 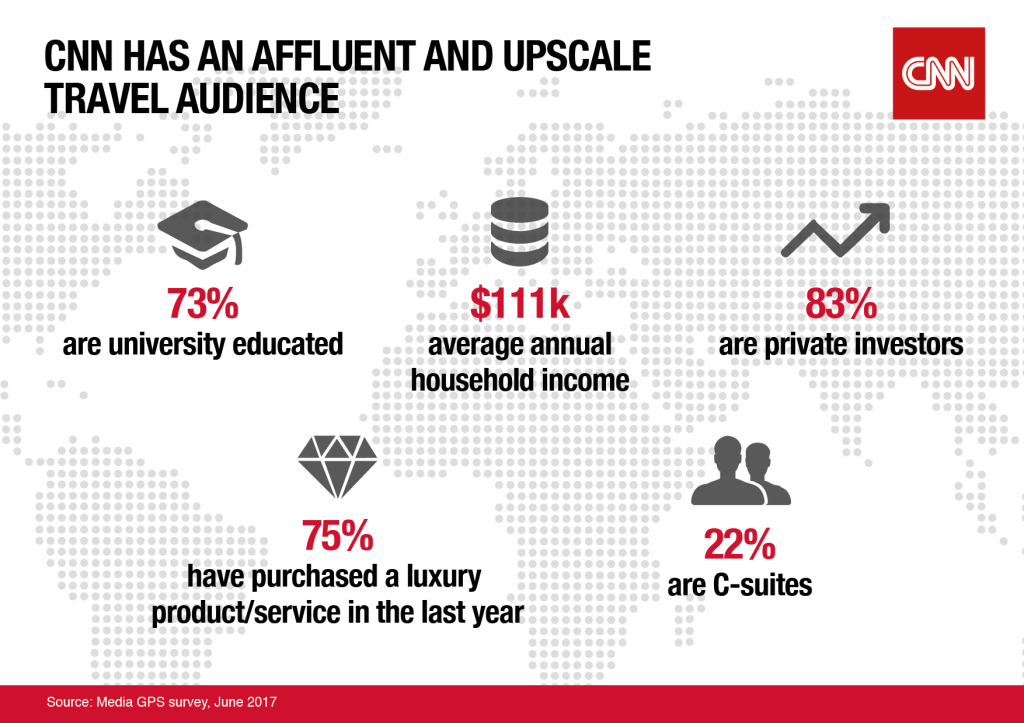 This is ahead of the BBC (43% reach), CNBC (27%) and all other international news brands. The study shows CNN audiences to be affluent, frequent travellers for both business and leisure, accounting for nearly 42 million international air trips in total and 63 million nights in hotels for business annually, and liquid assets totalling $1.7 billion dollars. 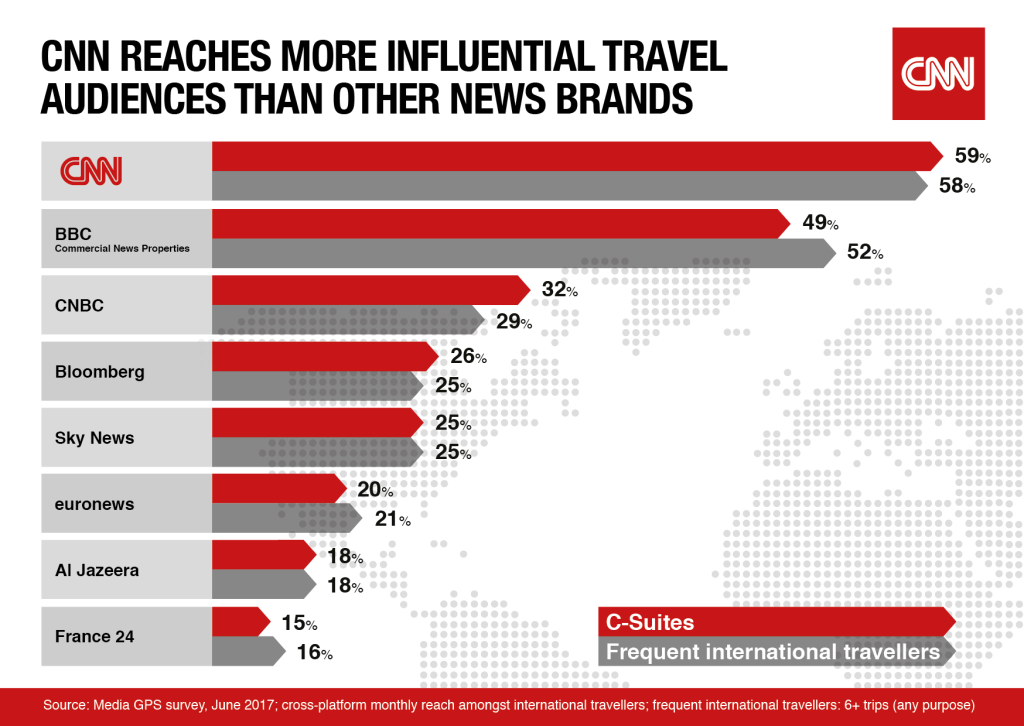 “This study is an interesting departure from traditional recall surveys as it uses the moment of booking a flight to understand the profile and habits of international travellers and combine that insight with data about their travel plans,” said Mark Sear, Vice President, Audiences and Data, CNN International Commercial. “It gives a robust picture and rich data points that we can use to further understand trends amongst influential and affluent audiences. However, you don’t need to be a data scientist to understand the two main findings – that CNN is by far the news source of choice amongst international travellers, and that our audience is upscale with spending power in both their professional and private lives.”

Every week almost 10 million international flights are booked through a travel agent (either bricks and mortar or online). Media GPS is an innovative new global research study developed by BDRC Group that measures the media consumption of the 9.9 million adults who are booked on an international flight each week. By only including verified international travellers who book through a travel agent our survey has a very upmarket bias and business trips account for almost half of the flights booked. Crucially the survey connects respondents’ media consumption with the details of the flight booking allowing a unique depth of analysis by route, airline and class of travel.