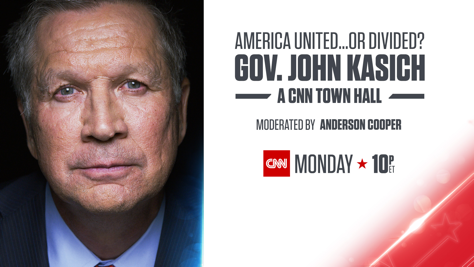 CNN to Host Town Hall with John Kasich on April 24

Kasich will discuss his take on Trump’s first 100 days in office, his reflections from the 2016 campaign, and his hopes for the future as outlined in his book, Two Paths, America Divided or United.

CNN anchor Anderson Cooper will moderate the Town Hall between the governor and a live studio audience in New York.