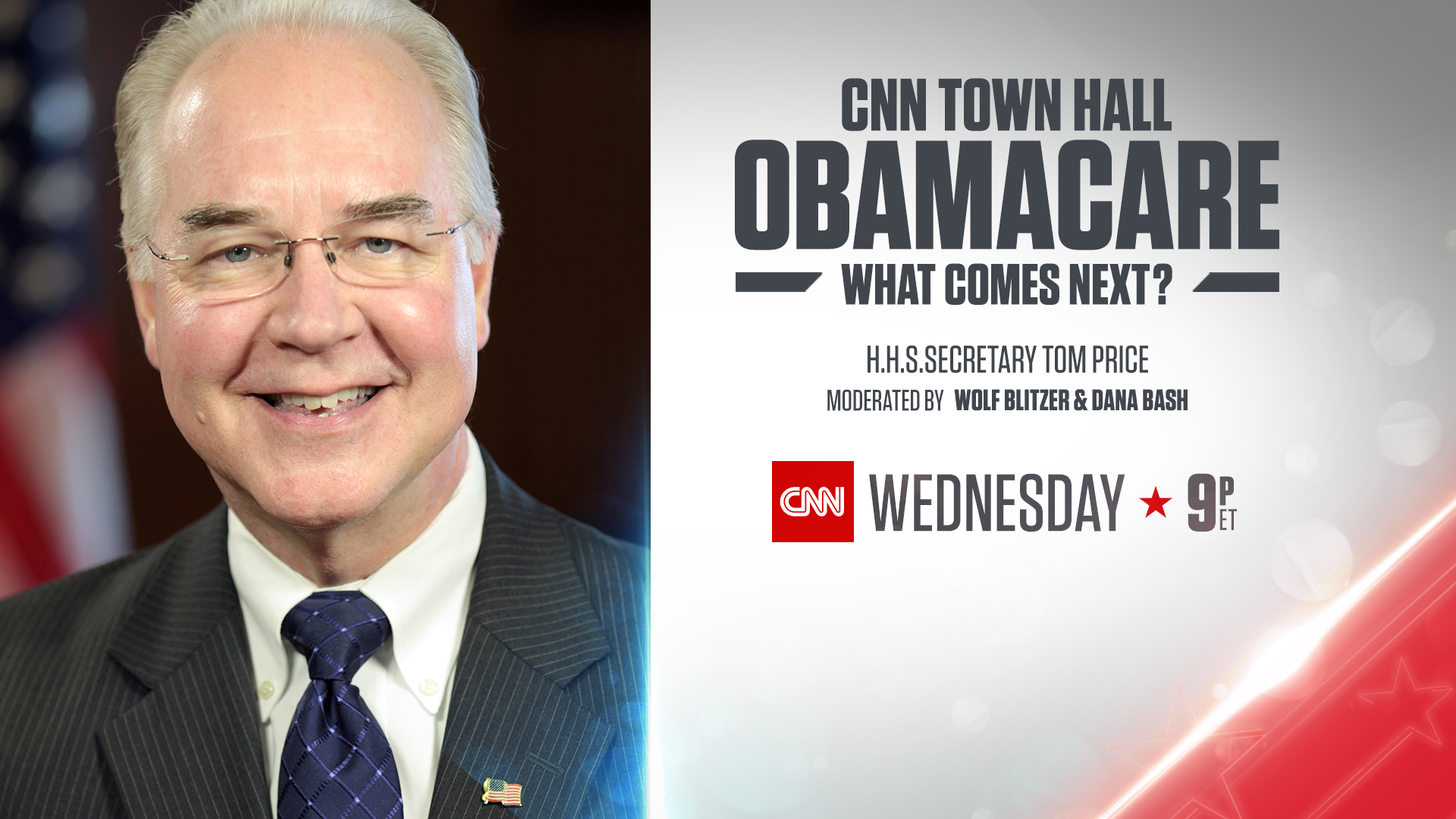 One week after Republicans unveiled a bill to repeal and replace Obamacare, Blitzer and Bash will moderate a timely conversation with Secretary Price and a live studio audience to discuss the GOP’s proposed Affordable Health Care Act in New York City.

With health care emerging as one of the most pressing issues for both Capitol Hill and the Trump administration, Secretary Price will address questions from Americans affected by the GOP’s proposed changes, including shifting tax credits, the potential for rolling back Medicaid, and the future of individual mandates.