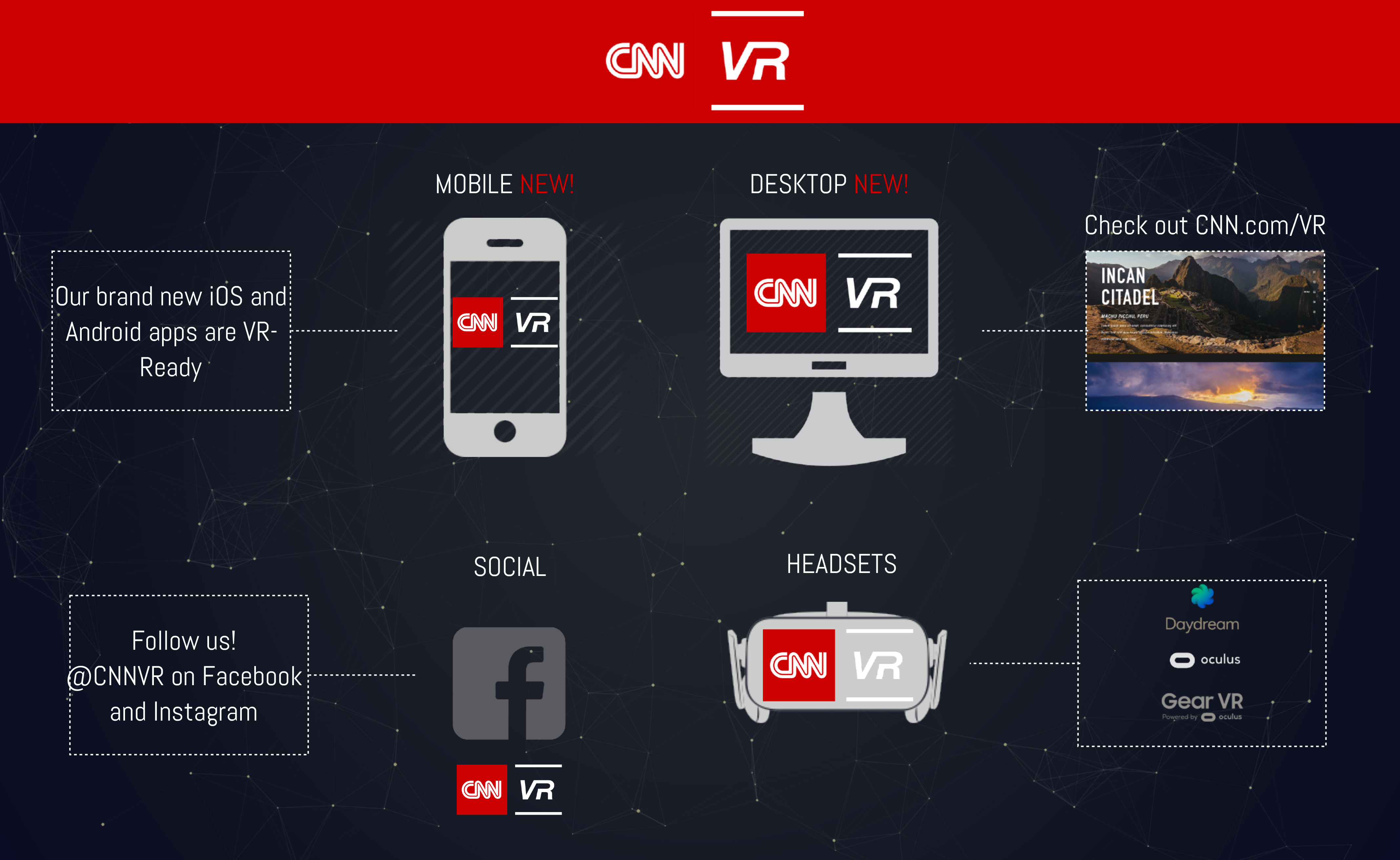 In this endeavor, CNN is activating a new virtual reality platform, making it easier than ever to access this dynamic storytelling medium on every device, including:

Over the past year, CNN has experimented with VR, producing more than 50 news stories in high-quality 360 video, giving viewers a deeper understanding of the devastation of Aleppo, a front row view of the U.S. Inauguration and a chance to experience the thrill of skydiving – in total, generating more than 30 million views of 360 content on Facebook alone.

Today, this new dedicated team is committed to harnessing the power of virtual reality to transport our audience inside the stories we tell all around the globe.

Whenever news breaks, and wherever amazing stories unfold, CNNVR will transport our audience closer than ever before and on every device available.