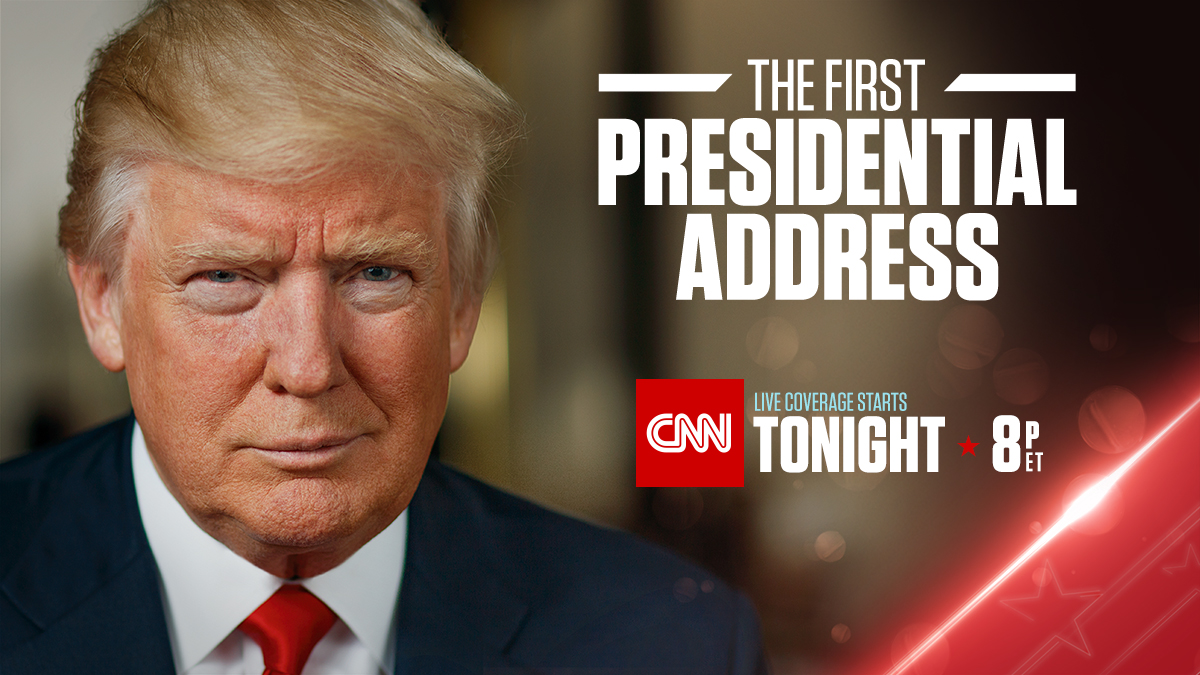 CNN’s coverage of President Trump’s Address to Congress and the Democratic response will be streamed live in its entirety to CNN.com’s homepage and across mobile devices via CNN’s apps for iOS and Android, starting at 8:00pm on Tuesday, February 28, 2017, running through midnight.