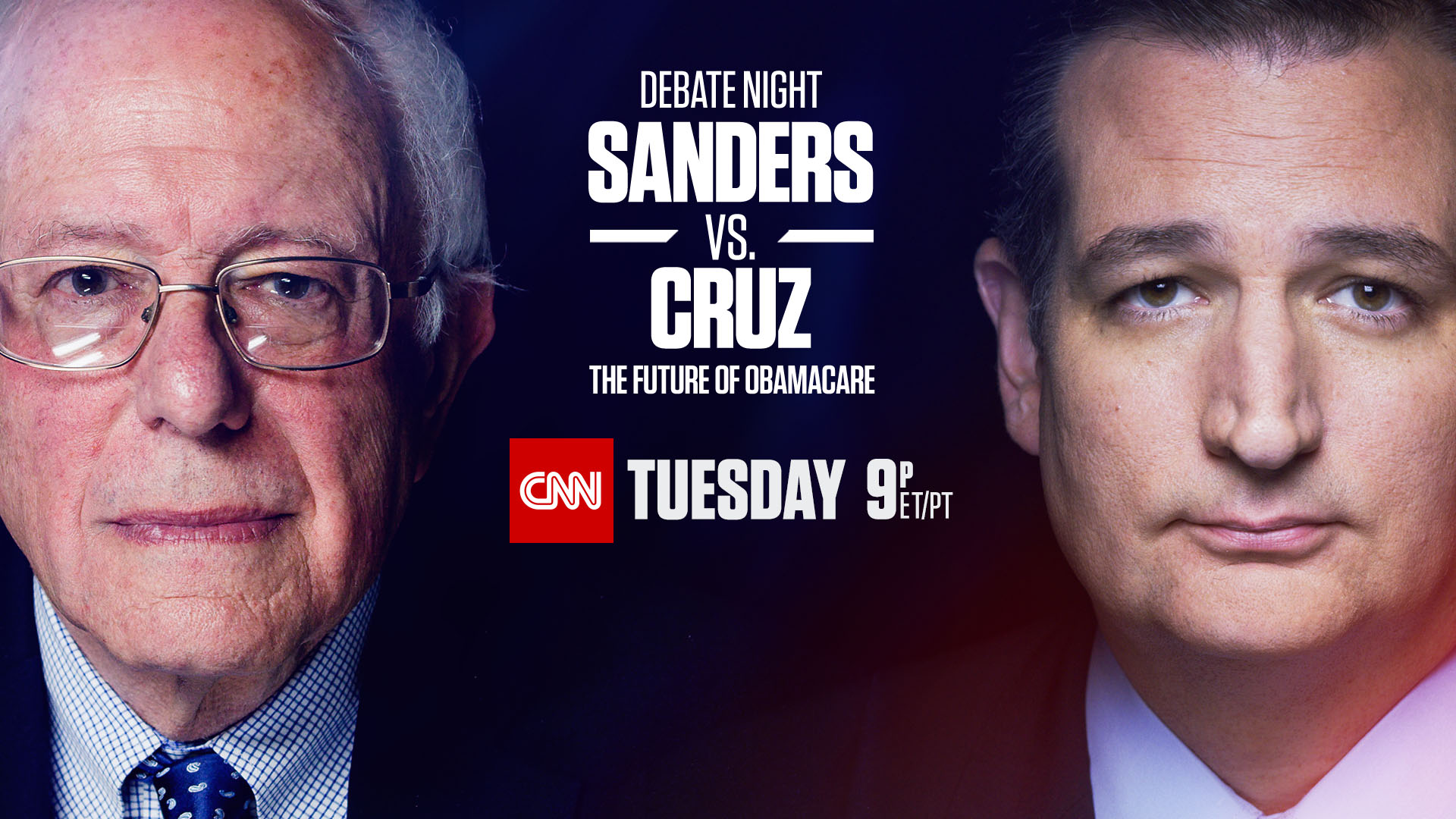 CNN to Host Debate Night with Bernie Sanders and Ted Cruz on Feb. 7

CNN TO HOST DEBATE NIGHT WITH BERNIE SANDERS AND TED CRUZ ON FEB. 7

President Donald Trump has made repealing and replacing the Affordable Care Act one of his top priorities while Congressional Democrats are opposed. Sanders, an opponent of repealing Obamacare, and Cruz, a supporter of the President’s healthcare agenda, will join Tapper and Bash to debate the fate of former President Barack Obama’s signature legislation and the GOP’s approach to healthcare.

Sanders and Cruz, runners-up for their respective presidential party nominations, will also field questions from voters around the country at the Town Hall Debate, taking place at The George Washington University.