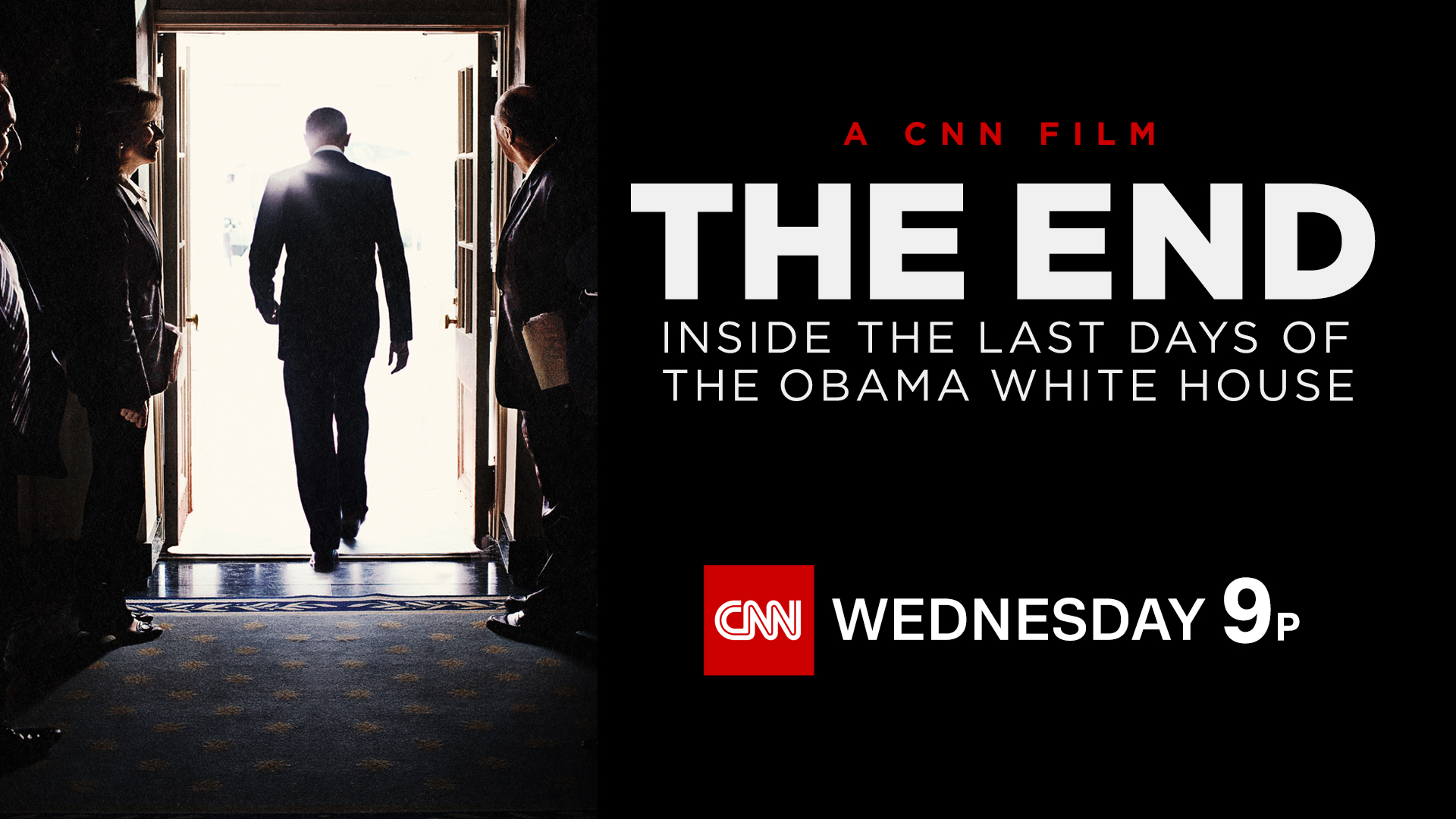 The End: Inside The Last Days of the Obama White House Premieres Jan. 18 on CNN/U.S. and CNN International

Filming for The End: Inside the Last Days of the Obama White House began shortly after Election Day 2016, and concluded with President Obama’s farewell address.  The film includes reflections by President Barack Obama on his work and hopes for the nation.

Leading voices in the film include Josh Earnest, White House press secretary; Valerie Jarrett, senior advisor; Cody Keenan, director of speech writing for the White House; Jen Psaki, White House communications director; Angella Reid, chief usher of the White House; and Tina Tchen, assistant to the President and chief of staff for First Lady Michelle Obama.  Each granted exclusive access to key meetings, their work, and their personal thoughts on their final days inside the White House.  The rare interviews capture the nostalgia of the people who have worked closest to the Obamas during their White House tenure.

In addition to the telecasts, The End: Inside the Last Days of the Obama White House will also stream live for subscribers via CNNgo on Jan. 18 (at www.CNN.com/go and via CNNgo apps for AppleTV, Roku, Amazon Fire, and iPad).  The film will be available the day after the premiere (Thursday, Jan. 19) on demand via cable/satellite systems and CNNgo.

The End: Inside the Last Days of the Obama White House is executive produced for CNN Films by Toby Oppenheimer, Amy Entelis, Susan Chun, and Courtney Sexton.