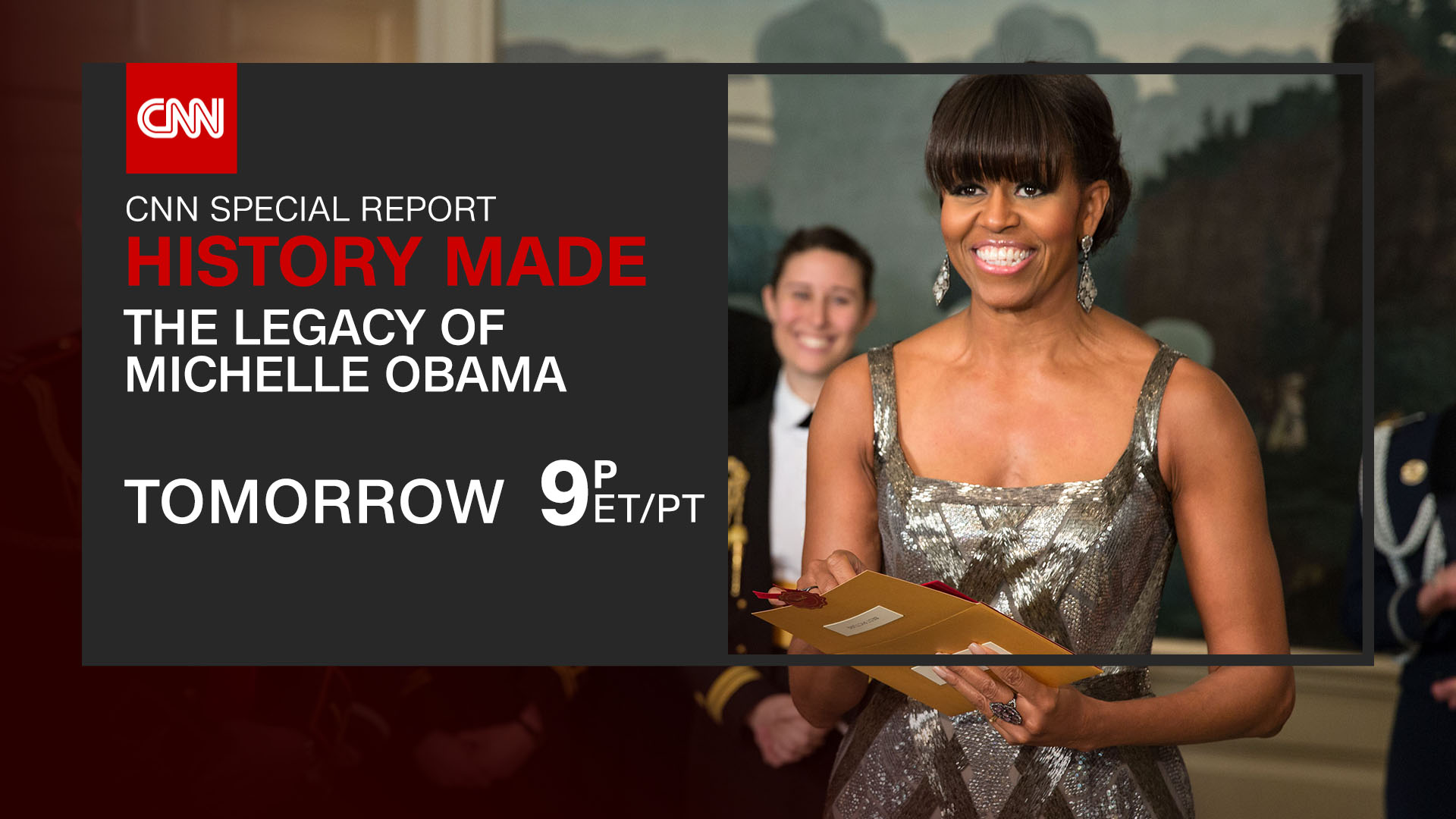 ‘HISTORY MADE: THE LEGACY OF MICHELLE OBAMA’ TO AIR JANUARY 13TH AT 9PMET

In a one-hour special airing Friday, January 13th at 9pm ET, CNN’s Randi Kaye looks back at Michelle Obama’s journey from the Southside of Chicago to the White House. The program explores the First Lady’s life from meeting the man who would eventually become the first African American President and finding her own voice in the White House, to raising her daughters and trying maintain normalcy while residing at 1600 Pennsylvania Avenue. How did Michelle Obama evolve? What is her legacy? And what does she have to say about the suggestion that she run for President?