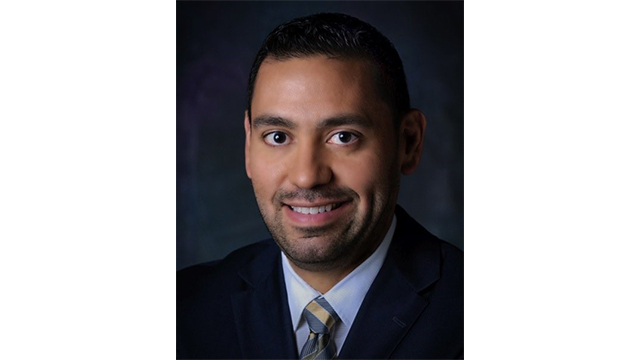 Ramon Escobar has been named Vice President of Diversity and Inclusion for CNN Worldwide. Included in his role will be chairing CNN’s Diversity Council, as well as offering strategic guidance on issues of diversity to the CNN management team. The announcement was made by CNN Worldwide President Jeff Zucker, to whom Escobar will report on all matters of diversity and inclusion.

“CNN reaches a more diverse audience than any of our cable news competitors, and that’s something we are very proud of,” said Zucker. “Ramon has been a big part of our success in this area, as a key participant in identifying talent in front of and behind the camera. Diversity is about more than race – it’s also about gender, sexual orientation, ideology, age, geography, and much more. He understands the complex issues we face when it comes to diversity and inclusion, and I am really pleased to be partnering with him in his new role.”

In addition to his role with the Diversity Council, Escobar will continue his role overseeing the recruitment and development of on-air talent as Vice President of Talent Recruitment and Development. He will be based in New York.

“I am honored and thrilled to take on this new role for CNN Worldwide. Never has diversity been more important as media transforms to face its new challenges as a global organization.” said Escobar “The business case for diversity has never been stronger than it is now.

A media veteran with 25 years of experience in news and entertainment in local, cable and network television as well as digital/new media, Escobar has the unique perspective of having worked in both English and Spanish-language media. Has developed expertise in both the U.S. Hispanic market and Latin America having traveled extensively throughout Latin America working with international media companies around the globe. Escobar came to CNN from Telemundo where he was the head of the news division. Prior to his time at Telemundo, Escobar was Vice President of Consulting at Sucherman Group where he worked closely with a cross-section of news and entertainment networks on programming, news and digital media strategy.

CNN’s award-winning Diversity Council was formed in 2003. Comprised of members across CNN’s networks, platforms, departments and functions, the Council has pursued initiatives tied to CNN’s diversity mission of growing its business by reflecting diverse audiences and perspectives in its programming and supporting an inclusive culture for its employees. The Council’s initiatives have focused on the areas of content, marketplace, workforce and workplace. By collaborating with editorial, network booking, marketing, sales, PR, HR, recruiting, and talent development and recruitment, the Council has been crucial in establishing CNN’s standing with multicultural audiences leading to some major ratings wins, earning revenue in the tens of millions of dollars for multicultural content, increasing CNN’s racial, ethnic and gender diversity, launching employee development and student pipeline programs, and expanding the diversity of perspectives and storytelling on air.