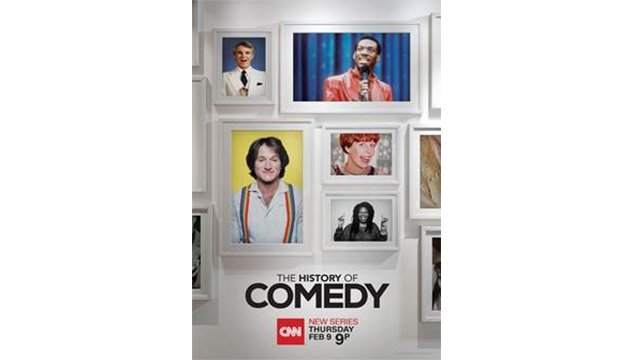 CNN TO PREMIERE THE HISTORY OF COMEDY ON THURSDAY, FEB. 9, AT 10PM ET/PT

In support of the series launch, CNN Original Series in partnership with the National Comedy Center, the first national non-profit cultural institution dedicated to comedy, will present “Stand-Up LIVE!” The showcase will feature some of today’s freshest and funniest stand-up comics and hit legendary comedy clubs in New York City, Boston, Chicago and Los Angeles. Tickets can be purchased via the National Comedy Center’s website, www.comedycenter.org.

The History of Comedy will be available On Demand the day after the linear premiere on cable VOD and on CNNgo via iPad, Roku, AppleTV, Amazon Fire, and desktop at www.cnn.com/go.