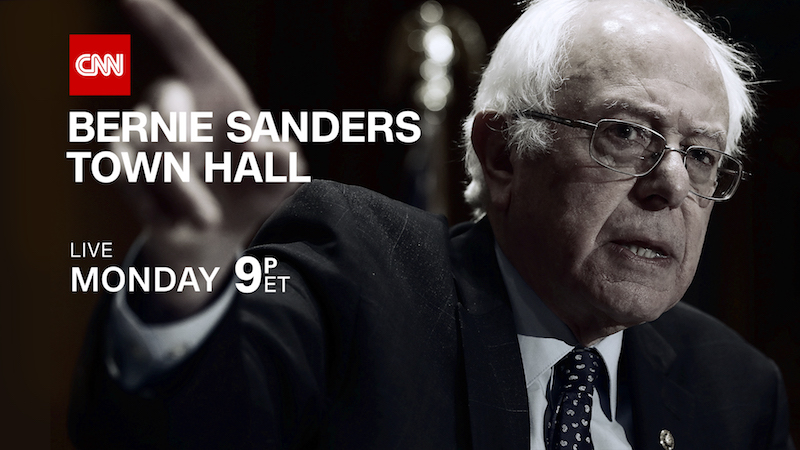 PRIMETIME EVENT WILL BE MODERATED BY CNN ANCHOR CHRIS CUOMO ON MONDAY, JAN. 9 AT 9 P.M. ET

As President-elect Trump’s Inauguration approaches, Cuomo will lead a timely discussion with Sanders and audience members focusing on the major issues facing the nation as well as Democratic strategy for the incoming administration.

The one-hour event will air on CNN, CNN International and will be live-steamed online and across mobile via CNNgo and CNN SiriusXM channel 116.