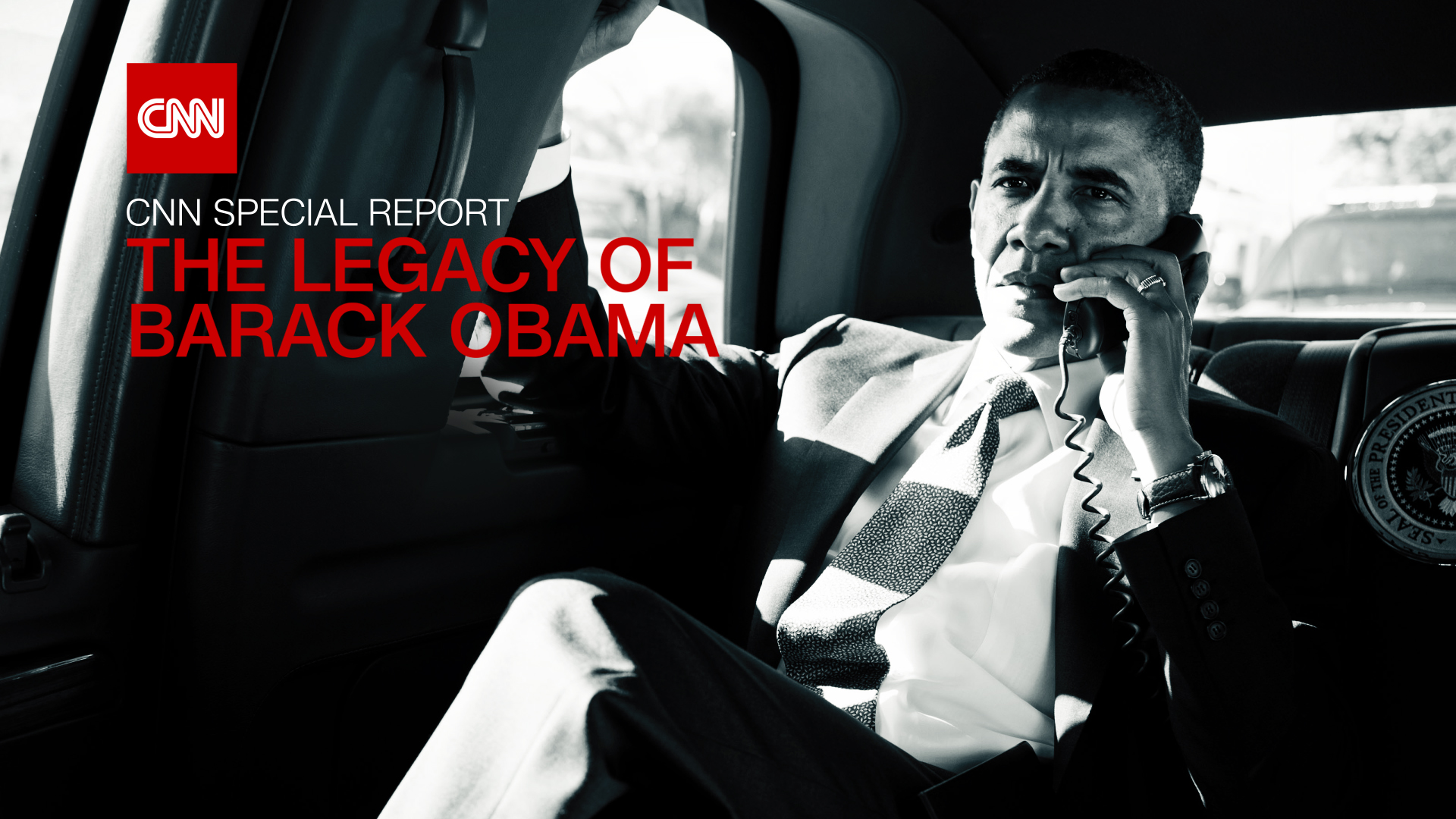 on CNN/U.S. and CNN International

CNN’s Fareed Zakaria, moderator of the network’s Sunday flagship global public affairs program, Fareed Zakaria GPS, will host a two-hour special global simulcast presentation of ‘The Legacy of Barack Obama’ for Wednesday, Dec. 7, beginning at 9:00pm on CNN/U.S. and CNN International, the network announced today.  The special will encore on CNN/U.S. on Thursday, Dec. 8 at 12:00am. All times Eastern.

Zakaria asserts that President Barack Obama brought dramatic policy changes to the American landscape, and he argues that the ambitious Obama Presidency may be among the most consequential in history. In ‘The Legacy of Barack Obama,’ Zakaria tells the stories of some of the President’s biggest policy bets – both the brilliant successes and the heartbreaking failures.

Through extraordinarily candid interviews with President Obama, as well as many of the key players who served his administration, ‘The Legacy of Barack Obama’ examines the historic election of America’s first African-American President, the impact of the gridlock that haunted his tenure, what he achieved in the face of unprecedented opposition, and the vexing problems he was unable to solve.  Zakaria illustrates the behind-the-scenes concerns and strategy that yielded President Obama’s comprehensive healthcare legislation – a feat that had eluded seven previous presidents, his personal struggle with the racial strife that rocked his years in office, the rescue of the global economy, the historic deal with Iran to halt that nation’s march towards a nuclear weapon, the global climate change agreements, the appointment of two women to the U.S. Supreme Court, and Obama’s moves on social issues such as marriage equality for gay Americans, equal pay legislation, criminal justice reform, and more.

Now, President-elect Donald Trump, who campaigned to dismantle most of Obama’s achievements, has declared that almost every major Obama initiative is under threat. And, among the crises that appear will remain unsolved as President Obama prepares to leave office are: the irony of the fact that polls show race relations are at their lowest point in a generation, common sense gun regulations, an unabated and brutal civil war in Syria, and the resulting massive migration that has helped usher in a wave of nativist populism across Europe and America.

Interviewed for this special broadcast:

THE LEGACY OF PRESIDENT OBAMA will livestream via CNNgo via desktop (www.CNN.com/go) and via CNNgo apps for AppleTV, Roku, Amazon Fire, and iPad. After the premiere, viewers can also watch this documentary on demand via cable/satellite systems and CNNgo. Full broadcast times are:

During the broadcast, producers of THE LEGACY OF PRESIDENT OBAMA will interact with viewers via Twitter, using the hashtag #FZGPS with user questions and comments about the special.

CNN Worldwide is a portfolio of two dozen news and information services across cable, satellite, radio, wireless devices and the Internet in more than 200 countries and territories worldwide. Domestically, CNN reaches more individuals on television, the web and mobile devices than any other cable TV news organization in the United States. Internationally, CNN is the most widely distributed news channel reaching more than 320 million households abroad; and CNN Digital is a top network for online news, mobile news, and social media. Additionally, CNN Newsource is the world’s most extensively utilized news service partnering with hundreds of local and international news organizations around the world. CNN is division of Turner Broadcasting System, Inc., a Time Warner Company.