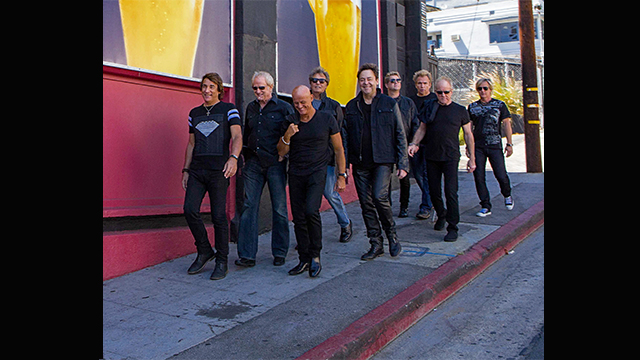 FILMRISE and CNN Films Announce U.S. Broadcast Rights to ‘NOW MORE THAN EVER: The History of Chicago’

With more than one hundred million albums sold, the rock band Chicago Transit Authority, aka ‘Chicago,’ remains one of the best-selling bands of all time.  ‘Now More Than Ever: The History of Chicago’ examines the band’s storied journey to commercial success and critical acclaim, charting the group’s rise from their formation in the late ’60s, to the chart-topping era of the ’70s and ’80s, and through to the present day.  Directed and edited by Peter Pardini and produced by the band, ‘Now More Than Ever: The History of Chicago’ is the most comprehensive history of the group’s achievements. Pardini gained unprecedented access to rare archival material, telling the band’s story through interviews with Chicago’s members and performance footage. The film premiered at the 2016 Sedona International Film Festival, where it won the Best of the Fest audience choice award.

“‘Now More Than Ever: The History of Chicago’ is the quintessential account of one band’s monumental success and influence within American music,” said Danny Fisher, CEO of FilmRise. “We’re thrilled to partner with CNN Films to bring this film to Chicago’s millions of admirers throughout the world.”

“The legendary melodies of the iconic supergroup Chicago have become a part of Americana.  As the band enters its 50th year of longevity, we hope families and music lovers of all ages enjoy our New Year’s Day premiere,” said Amy Entelis, executive vice president of talent and content development for CNN Worldwide.  “Cheers to our partners at FilmRise for making this special tribute possible.”

When the founding members of Chicago came together in 1967 with a shared goal, to blend the musical trends of their revered city into a brand-new style, they could not have anticipated that their cinematic big-band pop would propel them to stardom.  Half a century later their hits (‘If You Leave Me Now,’ ‘Saturday in the Park,’ ‘25 Or 6 To 4,’ ‘Make Me Smile,’ and many others) have become rock classics known the world over, with five Grammy® nominations, and two Grammy® award wins (including a win for the band’s first album, Chicago Transit Authority, for the Grammy® Hall of Fame in 2014), countless other awards and honors, and a recent induction into the Rock and Roll Hall of Fame.

In addition to NOW MORE THAN EVER: The History of Chicago, FilmRise recently acquired Chicago: The Terry Kath Experience, a film about the band’s original lead guitarist Terry Kath.