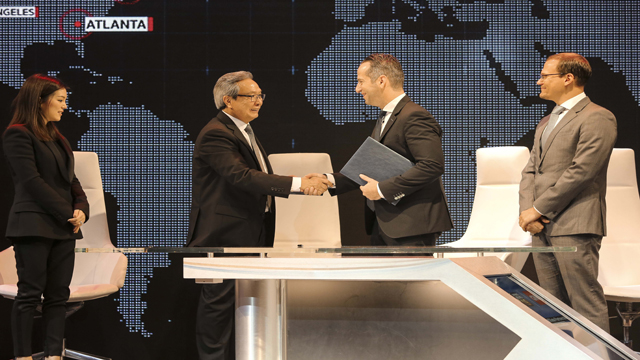 As part of the multi-year agreement, Spring News will broadcast CNN content and programming subtitled in local Thai language. In addition, Spring News will also receive consulting and extensive training from CNN to support their re-launch. This affiliation will enable CNN International to leverage the resources and expertise of Spring News to strengthen its news coverage of Thailand.

Senior Director, Content Sales and Partnerships APAC, CNN International Commercial, David Collet: “We are delighted to be affiliated with a channel such as Spring News which, since its inception, has grown to become a strong multiplatform news provider with vision and values consistent with CNN. This affiliation serves as part of our strategic focus on Asia and enables us to deliver on our goal of growing our affiliate network and supporting local news operations with training and consultancy expertise.”

Chairman of Spring News Corporation Co., Ltd, Mr. Thanachai Theerapattanavong: “While CNN International is the most watched international news channel in the world, Spring News is Thailand’s premium news channel that expands its wings to create the power of multiplatform covering radio, newspapers, magazines, digital media and out of home advertisement. Under the affiliation partnership, from January 1, 2017, Spring News will broadcast CNN selective programs which are deemed most compatible to local audience. Moreover, extensive training and professional consultation from CNN will strengthen Spring News’ leading positions in the television industry. We see that collaborating with CNN will create a new phenomenon in the Thai media industry.”

Spring News Digital TV, Channel 19, is Thailand’s leading premium news station. We provide the facts and mainstream headlines in every aspect along with in-depth analysis. Spring News expands its wings to many more media platforms, such as Spring Radio on 98.5 FM and Thansettakij Newspaper. With all forms of media at hand, we consider ourselves leading the way through the power of multi-platform, making us Thailand’s leading and largest multimedia provider. We stand proud of our commitment to meet the ethical standards and integrity of our industry by providing our audience with top-notch journalism. Spring News stands ready to leap forward in 2017 by joining forces with strategic partners to strengthen our position and access to premium content. To date, we are the sole multi-platform provider of carefully curated and creatively produced content in the Thai market.