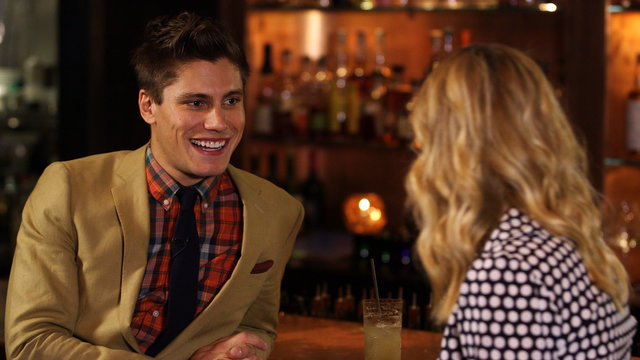 This month’s ‘In 24 Hours’ takes host James Williams (pictured) to the jewel of the American South, Atlanta, Georgia.

During his tour of the city, Williams meets A-listers who call Atlanta home, and experience a rapidly changing metropolis whose Southern roots still influence the city’s culture today.

Every Atlantan will say Southern comfort food is and always will be one of the quintessential hallmarks of what makes the city great. Williams starts his morning by having a proper Southern breakfast at Buttermilk Kitchen with two time NFL Super Bowl Champion, Hines Ward, to experience true Southern hospitality with grits, fried chicken, and biscuits.

From there, Williams travels to the outskirts of Atlanta to see where the international TV hit The Walking Dead has filmed for the past seven years. Williams grabs a beer with cast member Norman Reedus as well as the show’s Executive Producer Greg Nicotero, to talk about the film industry’s growing love for Atlanta.

Williams makes his way to Stankonia Studios for an exclusive listening session with Organized Noize. The recording studio is where the multi-award winning hip-hop duo Outkast created the majority of their groundbreaking work. The trio sit down with Williams to play unreleased tracks to their highly anticipated upcoming album while talking about Southern beats, eats, and how their music has been a voice for African Americans growing up in Atlanta.

‘Atlanta In 24 Hours’ concludes with Williams ending his night with a nightcap at the discreet invite-only lounge frequented by celebrities and A-listers, Himitsu. He’s joined by Atlanta-based Spanx founder and CEO Sara Blakely, who shares her thoughts on the influence of Southern fashion and style. 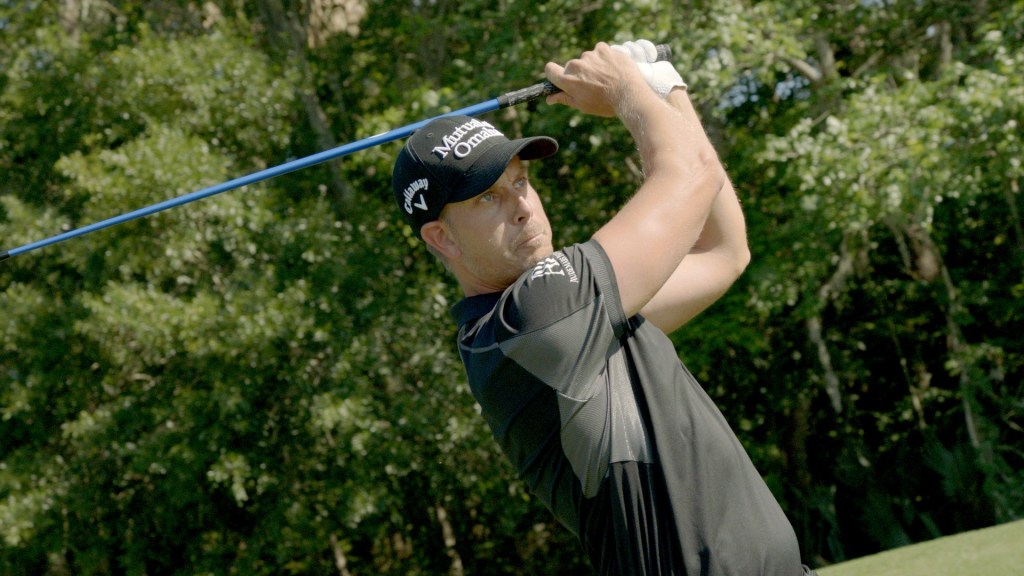 This month, ‘Living Golf’ reflects on the golfing year in the Scottish Highlands, the English countryside and the Florida lakes.

Host Shane O’Donoghue visits Royal Dornoch Golf Club in Scotland, which this year is celebrating 400 years of the game being played there. O’Donoghue discovers why the links course is ranked so highly amongst golfers from around the world.

O’Donoghue studies the life of Donald Ross, Dornoch’s first head professional. Ross became one of golf’s greatest course architects and it’s estimated that he helped design over 400 courses in the United States during the first half of the 20th century.

Just a few miles from Dornoch lays Skibo Castle, one of the great estates in Scotland and home to the Carnegie Club. O’Donoghue is joined for a round there with respected golf journalist, John Huggan, to discuss the headline stories from the golfing year.

One of the performances of 2016 was Henrik’s Stenson’s final round 63 to win the Open Championship at Royal Troon. ‘Living Golf’ meets the Swede and his family at his home in Lake Nona in Florida to reminisce about his Open victory and to find out the unusual way he looks after the Claret Jug while in his possession for a year.

In Surrey, England, O’Donoghue spends time with eight-time major champion, Tom Watson, as he surveys Beaverbrook Golf Club, his first course design in the UK. O’Donoghue talks to Watson about his role as an architect and also his forthright views about the year in golf. 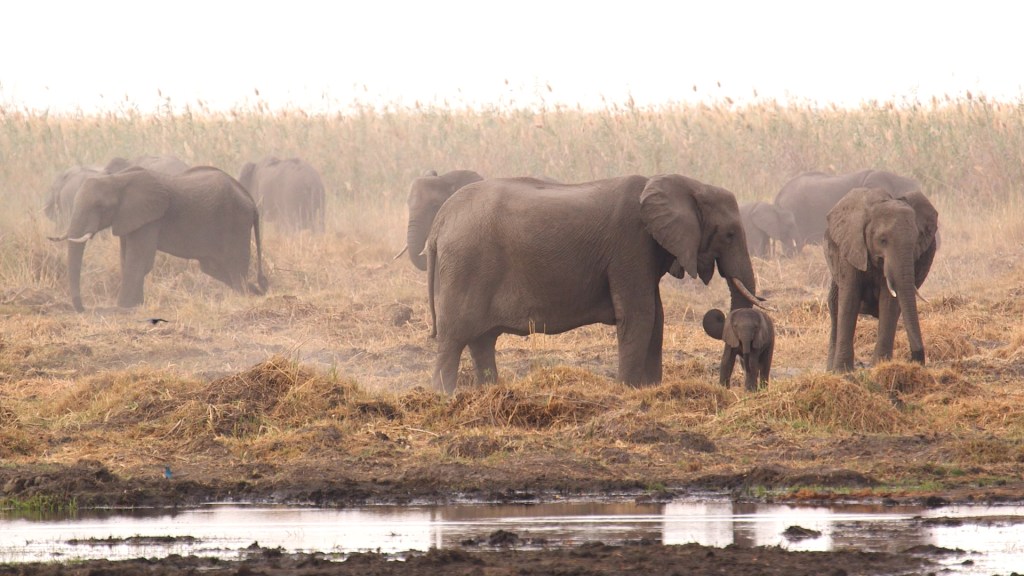 The Earth is entering its sixth era of extinction, and it’s the first time humans are to blame. Species are disappearing 100 to 1,000 times the normal rate, and biologists fear the extinction crisis may be irreversible if the human race fails to make drastic changes in coming years.

The stakes are massive: three quarters of all known species could disappear if something doesn’t change. ‘The Vanishing’ introduces viewers to five key species and the people who are trying to prevent them from vanishing forever.

In southwest Madagascar, the consequences of global warming on coral reefs are abundantly clear. ‘The Vanishing’ meets the Vezo people, whose name literally translates as “at struggle with the sea” to learn how their village is adapting to these challenges.

By 2050, researchers estimate the ocean will be equal parts fish and plastic. This has wide-ranging consequences for a number of species, including the albatross, a seabird that feeds colourful pieces of plastic to its young. ‘The Vanishing’ examines what the long-term impact of this could be, and how it can be prevented.

CNN’s David McKenzie examines who is responsible for driving the demand for illegal elephant ivory as well as meeting a researcher who is trying to study and save the elephants.

Bryan Pijanowski is a soundscape ecologist. One of his projects is listening to the rainforest in Costa Rica for the sound of extinction. Frogs, like all amphibians, are going extinct at a faster rate than any other group. ‘The Vanishing’ follows Pijanowski for an expedition to document the silence.

Bees are critical for food pollination, but some of them are suddenly disappearing without alarm. CNN’s John Sutter spends two days with Robbin Thorp, an 83-year-old retired entomologist who was the last person to see the rare Franklin’s bumblebee alive in 2006. He won’t give up the search. 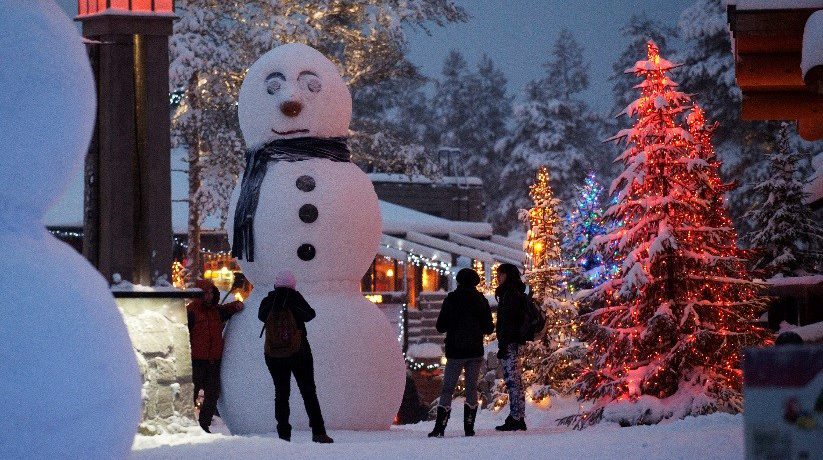 The end of the year is approaching and the holiday season is imminent, a time of year where the road-weary business traveller can take stock and reflect.

‘CNN Business Traveller’ reports from one of the most festive places in the world at this time of year, away from airport lounges and meeting rooms, as host Richard Quest travels to Finland.

Recently named one of the top three countries in the world for travellers in 2017, Finland is also the host of the Santa Claus Village in Rovaniemi.

At the village, ‘CNN Business Traveller’ looks back on 2016 in the spirit of what to be grateful for, including some of the programme’s best experiences and lessons learnt.

Whilst trying some of Finland’s highlights and adventures, Quest reflects on some of the programme’s own, including the trip that took him round-the-world and his tours of US national parks and India.

Quest takes part in a Finnish tradition to refresh the mind and body. An experience that will test his mettle and provide ample time to recount the sage advice on how to stay in good health while on the road, all whilst ‘CNN Business Traveller’ prepares to gear up for 2017. 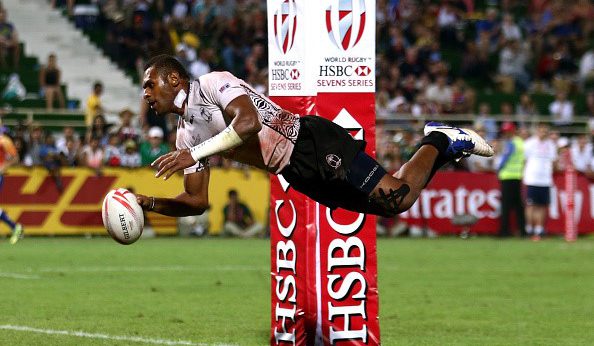 ‘CNN World Rugby’ returns to screens in December after an eventful summer of rugby.

‘CNN World Rugby’ presenter Christina Macfarlane catches up with the stars of the summer and Olympic Gold medallists, Fiji and the Australian Women’s team.

Host Alex Thomas reports from the unveiling of the World Rugby Hall of Fame as familiar faces Johnny Wilkinson and Brian O’Driscoll among others are honoured, and ‘CNN World Rugby’ brings viewers all the best action from the Cape Town leg of the HSBC Sevens World Series.