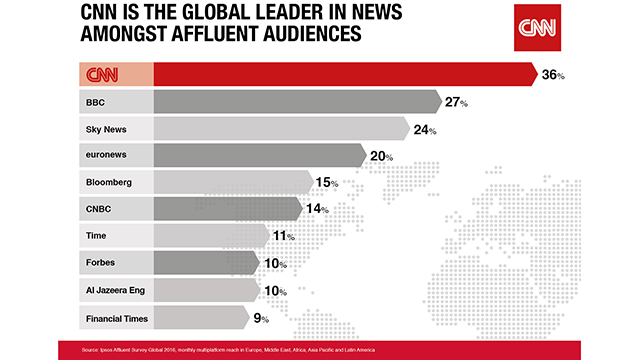 The Ipsos Affluent Survey Global finds that CNN reaches 36% of affluent audiences* across the world every month via TV and digital**. This puts CNN in a dominant leadership position – with a third bigger audience than the BBC (27% reach) and even further ahead of other outlets such as Sky News (24% reach), euronews (20%) and Al Jazeera English (10%). CNN is also well ahead of business news brands such as Bloomberg (15% reach) and CNBC (14%).

A separate study released today -The Ipsos Affluent Survey Asia Pacific – shows CNN’s continued leadership in that region with 36% monthly reach via TV and digital**. This is well ahead of the BBC (27% reach), Bloomberg (17%), Time (17%) and CNBC (16%). CNN’s performance in Asia Pacific compares to a 35% reach for the same period in 2015, with growth driven by an 18% increase in digital reach. 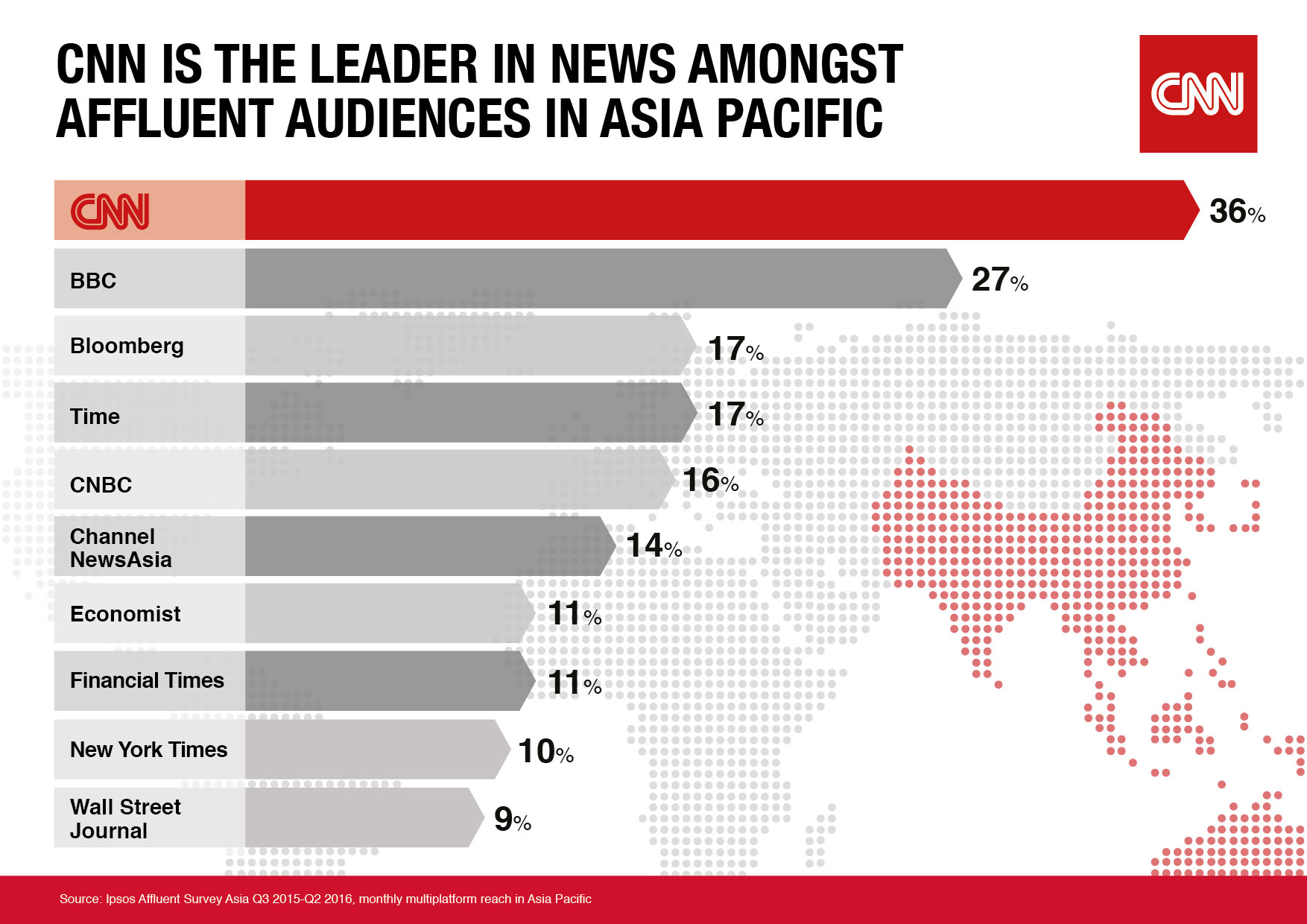 “For decades now, CNN has been the news and information source that audiences all over the world turn to for impartial and accurate news and information,” said Rani Raad, President, CNN International Commercial. “As we continue to invest in content and platforms, these survey figures show the unrivalled scale of our brand and a combination of TV and digital that reaches more audiences than anyone else.”

“There are so many remarkable stories unfolding around the world right now,” said Tony Maddox, EVP and Managing Director, CNN International. “We live in extraordinary times, and it’s clear that audiences turn to CNN above all others to make sense of them.” 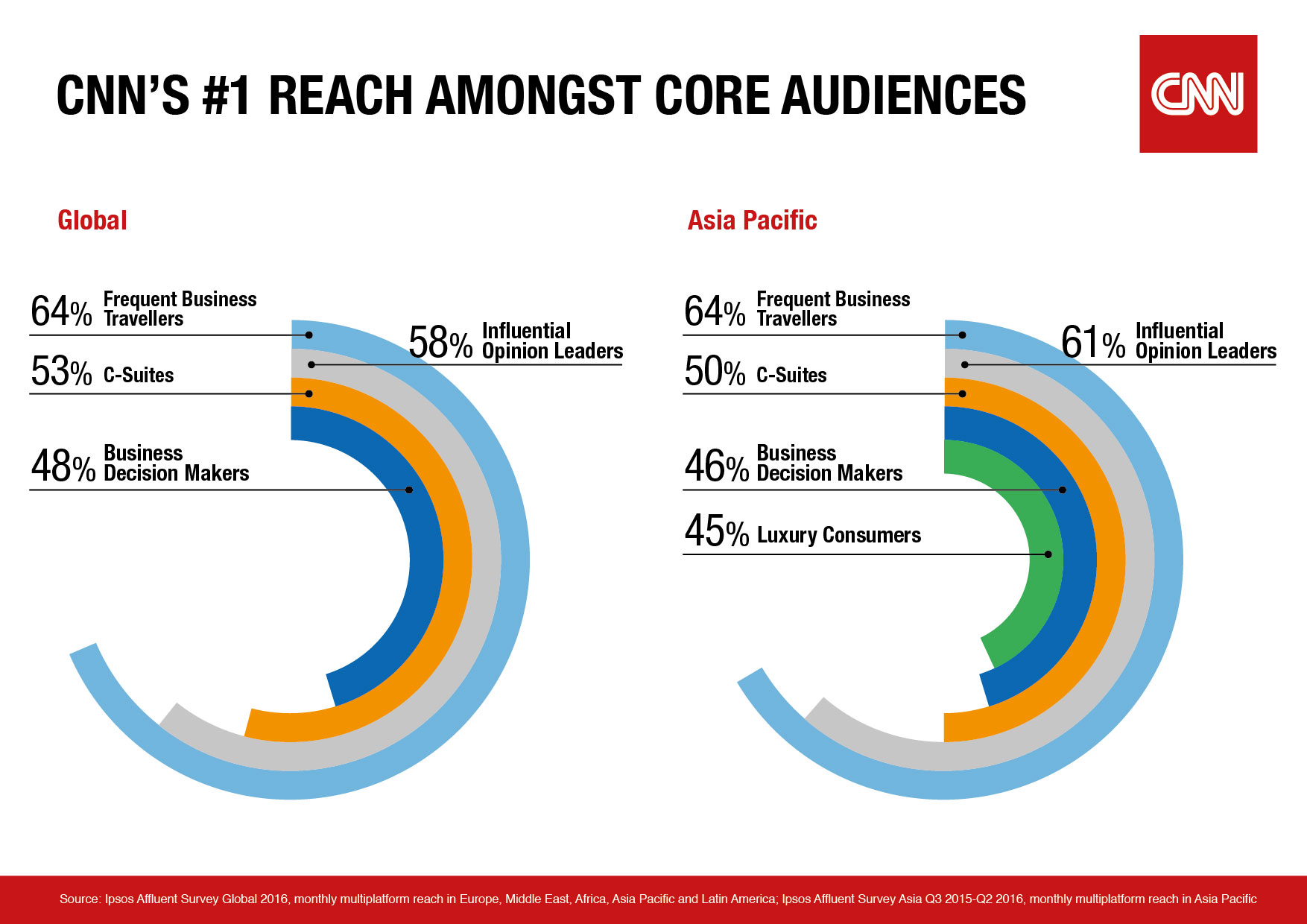 About The Ipsos Affluent Survey Global

About The Ipsos Affluent Survey Asia

Ipsos Affluent Asia Pacific Survey is the reference survey for reaching the region’s affluent consumers. It provides a comprehensive overview of media consumption and product usage for this elusive and important group, which accounts for the top 18% by income of the population.