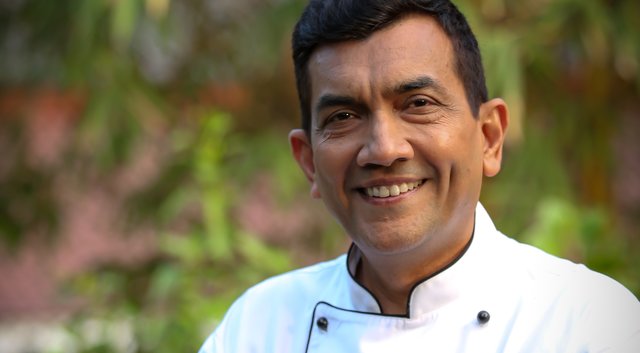 This month, ‘Culinary Journeys’ reports from Mumbai, India’s richest and most populous city.

For years, wave after wave of immigrants from all over India have travelled to Mumbai bringing their culinary treasures with them. From street-food staples to the gastronomic legacy of the Mughal emperors, Indian cuisine is ancient, rich, and diverse in its culinary customs, ethnic influences, and flavours.

‘Culinary Journeys’ follows acclaimed chef Sanjeev Kapoor (pictured), a culinary master whose television cooking shows have been a guide for many aspiring home cooks. A true ambassador of Indian cuisine and hospitality, the chef takes viewers inside the kaleidoscope of colours, flavours and social gatherings that surround India’s five-day festival of lights.

Religions make up a large portion of the cultural fabric of India; all the different regional variations and rituals are reflected in its gastronomy – particularly at times of festivity. Diwali is such a celebration – one that is expressed through the medium of food.

Observed in Hinduism, Jainism, and Sikhism, the event is marked by the lighting of oil lamps and celebrated by the sharing of sweet snacks: a true expression of the country’s hospitality, a concept based on the principle ‘Atithi Devo Bhava’, meaning ‘the guest is God’.

As Mumbai’s streets and homes light up and grandmothers gather in each other’s kitchens to cook up treats, ‘Culinary Journeys’ joins in the preparations ahead of one of India’s most iconic festivals. 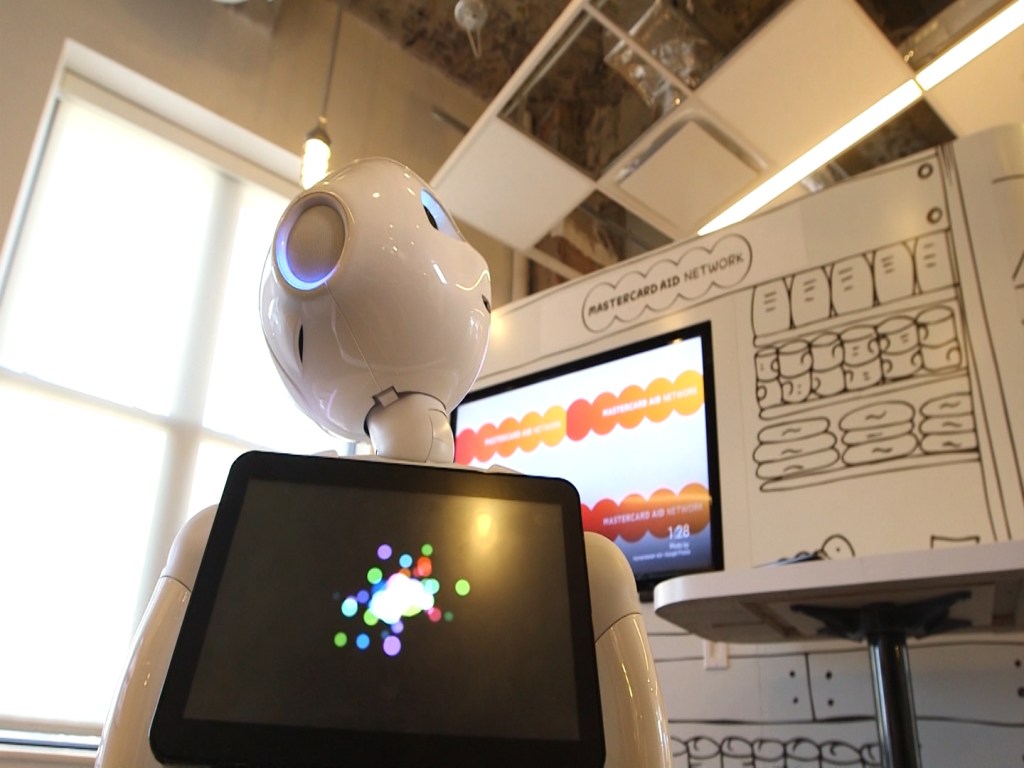 In November, ‘CNN Business Traveller’ explores the desire to travel, and the innovations which are ushering in a new era of global business travel, from modes of transport to where people stay.

The programme reports from the Smithsonian National Air & Space Museum in Washington D.C., to examine the game changers of the past and the innovators of the future.

Concorde’s supersonic flights revolutionised the way the First Class flew.  In the Smithsonian, ‘CNN Business Traveller’ get an up-close look at Concorde, alongside other aviation artefacts, while also looking towards the future of flight.

The programme takes to the skies with Aerospace company Rockwell Collins, to experience a new superhero-like technology. Rockwell Collins have developed a new Heads-Up Display for pilots to help navigate the skies and even produces a map in front of their eyes.

‘CNN Business Traveller’ goes behind-the-scenes at the MasterCard Innovation Labs in New York City to test out some new toys, such as the Ringly, a piece of jewellry which embedded with payment technology and can grant travellers access to transportation in some of the world’s most visited cities.

The programme meets Pepper (pictured), a robot which pairs with Mastercard Masterpass designed to assist customers checking in and out, with upgrades and payments.

The exploration of new technologies continues in Japan where ‘CNN Business Traveller’ experiences a new trend – First Cabin’s Capsule Hotel, designed to attract the business traveller with both style and function.

The programme also experiences a hands-free hotel room at the Aflot Hotel in Boston, Massachusetts, which allows guests to control their hotel experience through the sound of their voice and order room service by texting emojis.

Very few people know more about the pace of change in travel than 80-year old Bette Nash, the world’s most senior flight attendant.  Nash grew up with the airline industry, with a career spanning nearly six decades.  ‘CNN Business Traveller’ travels on a flight with Nash as she shares the life lessons she’s learned at 30,000 feet, and why her love of travel is just as strong as it ever was. 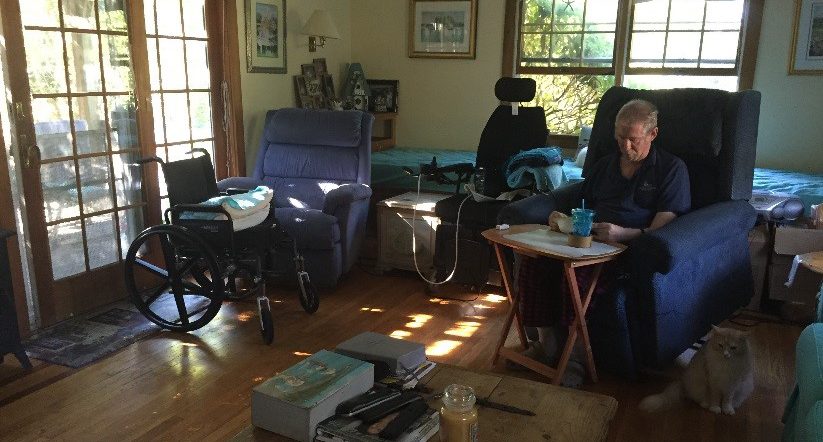 In November, ‘Vital Signs with Dr. Sanjay Gupta’ examines disease reversals, and how research can help manage the symptoms of the most debilitating diseases.

The programme meets Mike McDuff (pictured), who was diagnosed with ALS, the neurodegenerative disease, in 2012. On being told there was very little that could be done, McDuff’s condition deteriorated rapidly, leaving him wheelchair-bound and eating through a feeding tube.

‘Vital Signs’ reveals that on a friend’s recommendation, McDuff tried a nutritional supplement, and started to see improvements by regaining the ability to swallow and speak.

Now four years on, the programme sees how McDuff is now able to manage his condition and meets teams of doctors who are tracking down rare cases of disease reversals, from ALS to strokes and diabetes, in the hope of both understanding and better managing these conditions. 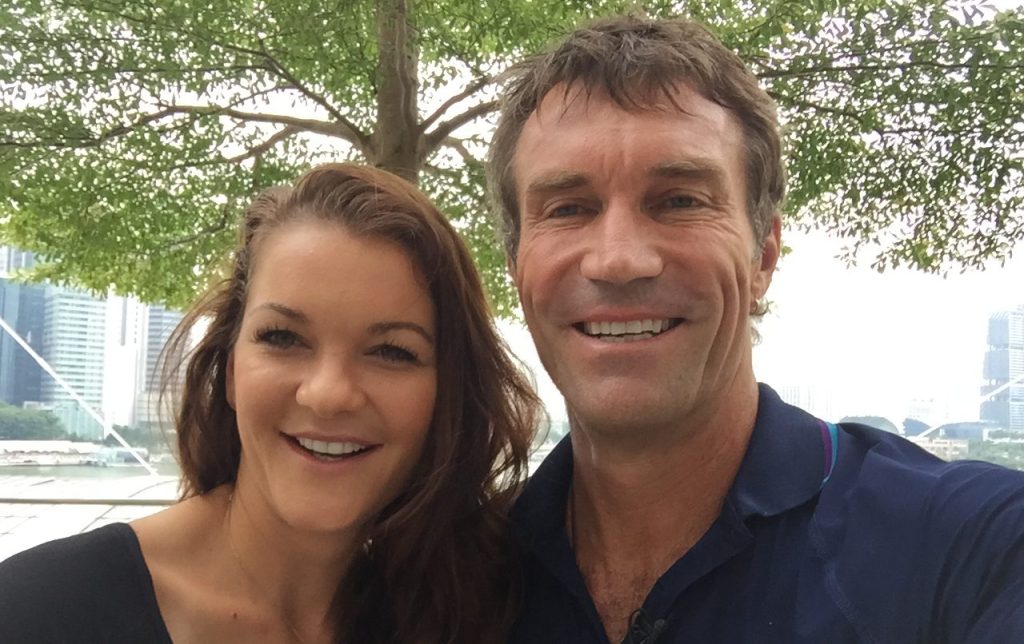 This month on ‘Open Court’, it’s a race to the finish for the top women’s tennis players in the world.

Led by world number one Angelique Kerber, the top eight players in the world competed in Singapore for the season-ending championship.

‘Open Court’ reports throughout the WTA Finals – right up to the crowning of the 2016 champion.

The Polish star speaks candidly about her successful year and how her focus has been on not only defending her Singapore title, but winning a Grand Slam next year.

Cash also interviews WTA CEO Steve Simon, who discusses the ups-and-downs of 2016. With so many new faces competing in Singapore, Simon speaks about the importance of introducing the new stars to the public.

With a mixture of veterans and rising stars competing for one of the most prestigious titles in the game, ‘Open Court’ is alongside the elite eight for a star-studded end to the season. 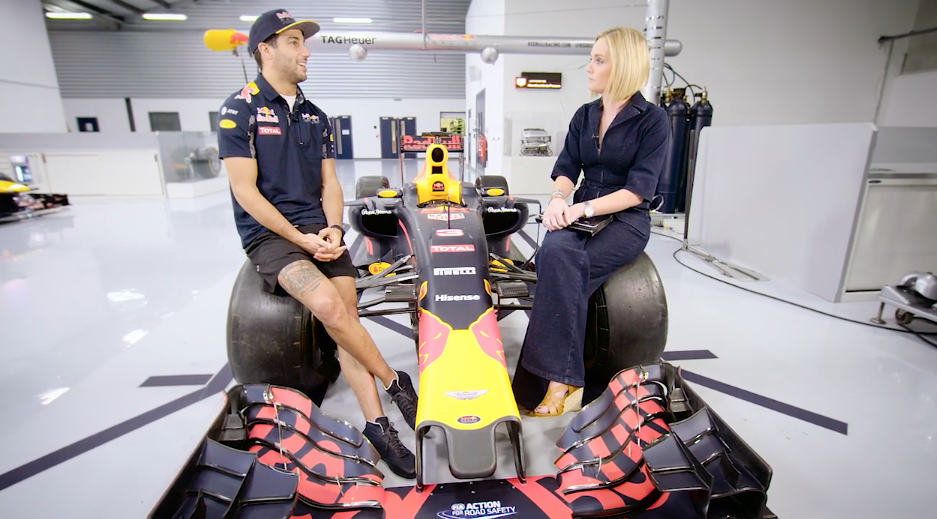 ‘The Circuit’s season-ending programme examines the dramatic swings in the title battle between the Mercedes drivers in 2016.

Host Amanda Davies (pictured, right) looks ahead to the final showdown in Abu Dhabi by driving a lap of the circuit in a Formula 3000 racing car.

The programme meets one of the key contenders for driver of the season, Red Bull’s Daniel Ricciardo (pictured, left). 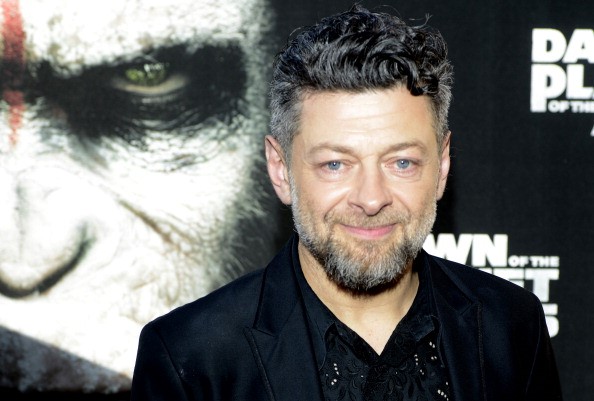 Motion-capture technology is revolutionising myriad industries from entertainment to education, but its biggest impact to date has been in the movie industry and healthcare.

The programme also sees how the same technology from film is helping doctors better map the body’s movements, whilst at the same time helping the injured and disabled return to a normal life. 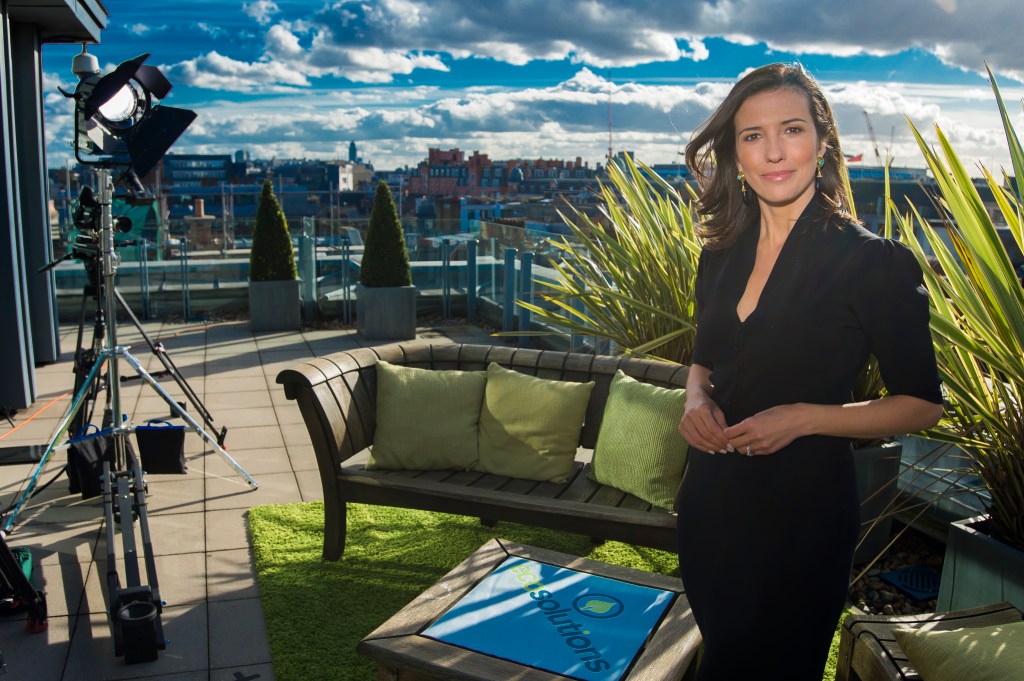 ‘Eco Solutions’ hosted by Isa Soares this month reports from Marrakech, Morocco where the world is gathering to talk about climate change at COP22.

One year on from international agreement to keep global warming below two degrees, how have countries fared?

‘Eco Solutions’ speaks to individuals at the conference about our next steps towards preserving the planet.

The programme also reports from the Sahara in eastern Morocco, to learn about the growing problem of desertification and meet the farmers who are using simple methods to try and stave off the slow creep of the desert sands and protect their livelihoods. 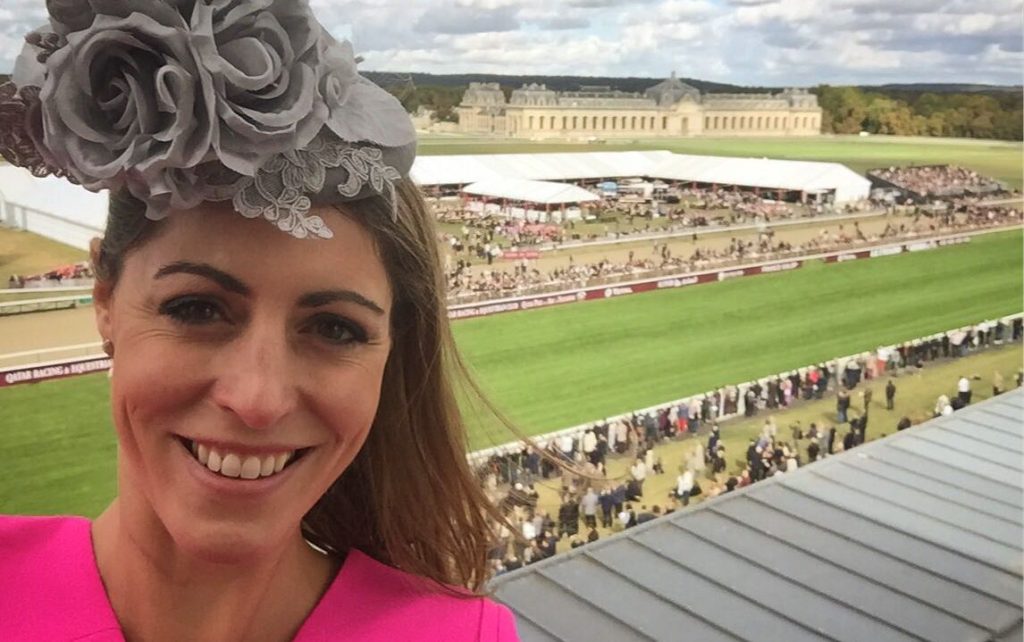 America becomes the focal point of the racing calendar in November, with the Breeders Cup Championship taking place in California at and the globally renowned November sales in Kentucky.

‘Winning Post’ is at Santa Anita Park to witness the Longines Breeder’s Cup Turf, which attracts the top grass talent from Europe and North America all competing for a $4 million purse.

Trained by Chad Brown and at the pinnacle of her career, having fought her way back to fitness after a severe bout of laminitis, she is running in the Fillies and Mares Turf race, just two days before going under the auctioneers’ hammer.

Lexington is home to two of the most esteemed thoroughbred sales companies in the world.

Rubbing shoulders with rich and glamorous, bidding on some of the most expensive horses in the world, Vance explores the multi-million-dollar industry joining Bloodstock agent John McCormack, to learn why a Broodmare can fetch up to $14,000,000 at Fasig Tipton, and what the future holds for Lady Eli at Keeneland.