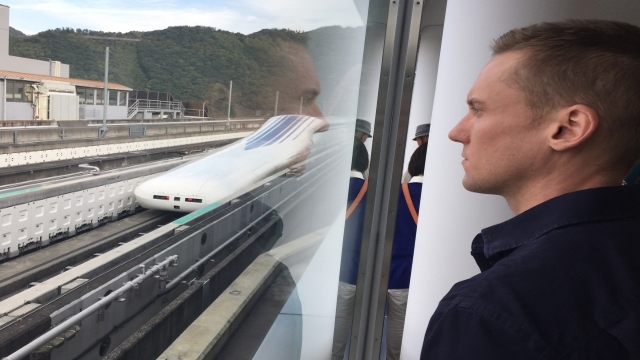 CNN ‘ON JAPAN’ DELVES INTO THE LATEST JAPANESE INNOVATIONS

Japan is a country proud of its past with a reputation for looking to the future. A country known for its innovation and impeccable quality. Despite decades of battling deflation, a shrinking population, and more global competition than ever, how are Japanese innovators are stepping up to the plate? Join CNN’s Will Ripley, as he uncovers what is driving the country’s ambition — discovering how today’s technology can alter tomorrow’s reality.

Highlights of the show include:

Characters are so well accepted in the Japanese culture and its perhaps what makes the gaming industry so successful there. Will Ripley visits Sony Global Headquarters in Tokyo as the company is rolling out their newest add on to Playstation 4 – PlaystationVR. He speaks to the President of Sony’s Worldwide Studios for Sony Interactive Entertainment, Shuhei Yoshida on the challenges of bringing virtual reality to the mass market and discusses the future of gaming with Sony Interactive Entertainment’s CEO Andrew House. But virtual reality can be much more than just a game – the implications of this technology can be widespread. CNN speaks to some Japanese researchers at the University of Tokyo that are experimenting with how that world would look like.

Japan has always been on the forefront of transportation technology. Will Ripley makes a visit to the first Shinkansen bullet train from 1964, which at the time revolutionized train travel. Now Japan is hoping to step up the ante once again with the SC Maglev. Clocking in at speeds over 600km/h, CNN gets rare access to what is billed to be the world’s fastest train. From public transport, to personal mobility, CNN also visits a Toyota theme park to see what one of the largest Japanese automakers envision for the future of transportation.

In 1964 Tokyo hosted the Olympic games, it was the first time the world’s most prestigious sporting event came to the East, and Japan seized the global spotlight. Now, gears are in motion to once again impress the world in 2020. CNN visits the head office of one of Japan’s oldest and most successful sporting brands, ASICS, in Kobe. Will Ripley has a rare conversation with ASICS President Motoi Oyama and goes behind the scenes of their research and development institute as we get a preview of how the sporting company is already preparing for the games.