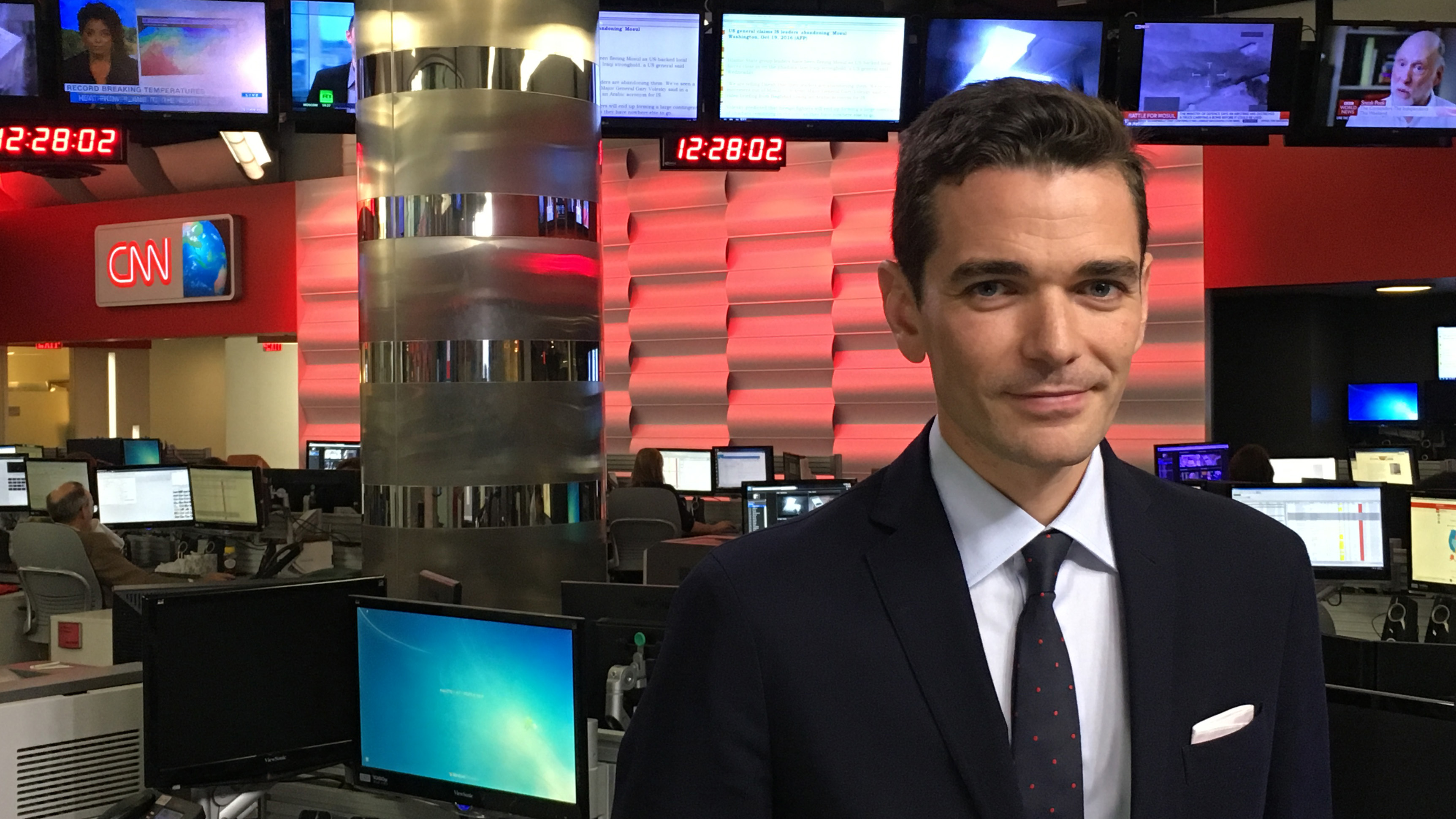 Cyril Vanier is joining CNN International as an Atlanta-based anchor, it was announced today by Mike McCarthy, Senior Vice President and General Manager of CNN International. He will anchor Europe morning editions of CNN Newsroom starting this Friday.

Vanier comes to CNNI from France 24, where he was most recently an anchor and international affairs editor in Paris. In addition to anchoring the network’s flagship shows, he also reported on major breaking news stories across the Middle East and Africa – Tunisia, Mali, Afghanistan and Libya – as well as France, where he covered the terror attacks at Charlie Hebdo and the Bataclan concert hall.

McCarthy said: “We’re pleased to welcome Cyril to CNN International. His extensive field experience across Europe, Africa and the Middle East together with his versatility as a journalist will enhance our programming and network as a whole.”

Vanier said: “As a journalist I’m beyond thrilled to be joining CNN International. Their commitment to the highest standards in our industry is inspiring, and I look forward to connecting with CNN’s viewers around the world.”

In his 10 years at France 24, Vanier held anchor, executive producer, international correspondent and news editor roles. He previously worked for Reuters in Kenya, contributing to the weekly Africa Journal show. From 2003 to 2005 Vanier worked a variety of journalism and diplomatic positions in Jamaica, Israel, Egypt and France. Before he joined France 24 in 2006, Vanier briefly worked as a producer for CNN’s Paris-based correspondent Jim Bittermann.

He has dual nationality (France, St. Kitts and Nevis), and speaks fluent French and conversational Spanish.

About CNN International
CNN’s portfolio of news and information services is available in seven different languages across all major TV, digital and mobile platforms reaching more than 425 million households around the globe. CNN International is the number one international TV news channel according to all major media surveys across Europe, the Middle East and Africa, the Asia Pacific region and Latin America and has a US presence which includes CNNgo. CNN Digital is a leading network for online news, mobile news and social media. CNN is at the forefront of digital innovation and continues to invest heavily in expanding its digital global footprint, with a suite of award-winning digital properties and a range of strategic content partnerships, commercialized through a strong data-driven understanding of audience behaviors. Over the years CNN has won multiple prestigious awards around the world for its journalism. CNN has 41 editorial offices and more than 1,100 affiliates worldwide through CNN Newsource. CNN International is part of Turner, a Time Warner company.