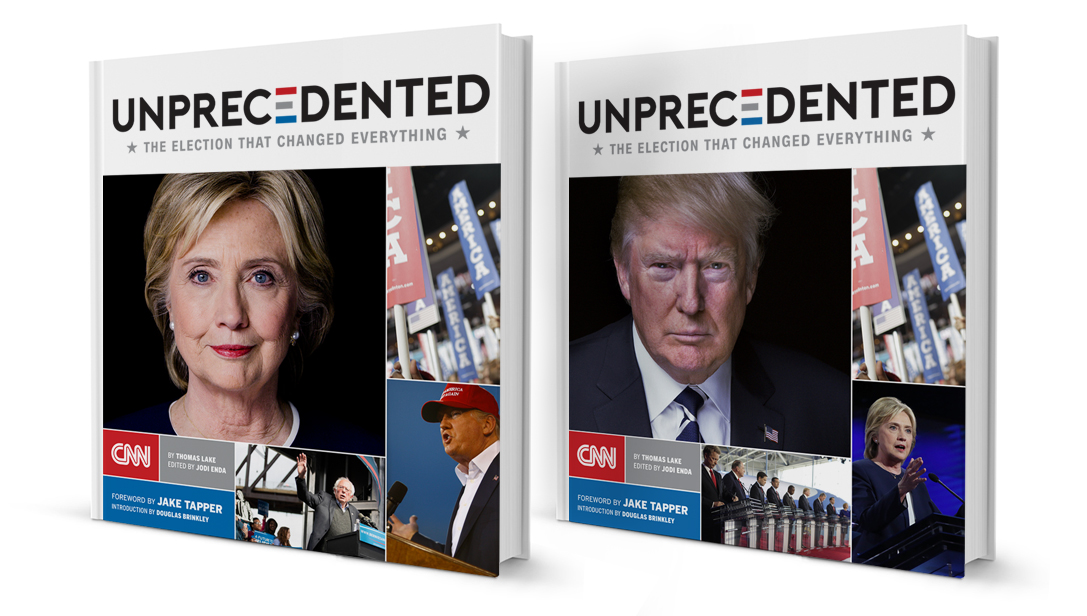 CNN To Release Unprecedented: The Election That Changed Everything

Featuring a foreword from CNN’s Jake Tapper and an introduction by historian Douglas Brinkley, the first-ever book from CNN Politics will document two Americas—their battle, their beliefs, their fears and their hopes for the future. Packed with exclusive, stunning photography and new, revelatory reporting from the front lines, Unprecedented will detail the most exciting election of all time in the way that only CNN can.

Produced and published by Melcher Media, Unprecedented is scheduled for release on December 6, 2016, only weeks after the election is called for a new president. Full of drama and derision, the 2016 election is playing out against a high-stakes backdrop of war, terrorism, economic anxiety and the sudden death of an influential Supreme Court justice. Any outcome will be unprecedented, whether voters elect Hillary Clinton the first woman president, or Donald Trump, the blustery billionaire who breaks all the rules. CNN’s account will let you hold history in your hands.

Authored by top CNN Politics writer Thomas Lake and edited by award-winning veteran political reporter Jodi Enda, Unprecedented: The Election That Changed Everything will divulge behind-the-scenes secrets and stories from the campaign trail and shed light on how the ultimate victor triumphed. The book will be filled with revealing accounts, beautiful photojournalism from award-winning photographers and insightful infographics.

About Melcher Media
Melcher Media is an award-winning producer of books and digital media. Known for its high-quality content creation and innovative design, Melcher Media has produced more than 130 print titles, including 25 New York Times bestsellers, in addition to apps, eBooks, websites, videos, and events. Since its founding in 1995, Melcher Media has built a reputation as a world leader in helping companies, institutions, and authors tell their stories.